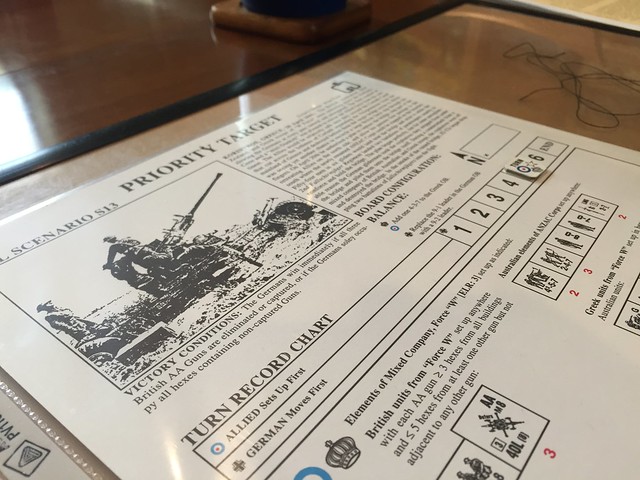 Continuing my weekly wargaming sessions with Doug, we've fallen down the deep mysterious well that is Advanced Squad Leader (ASL). I won't say that I was hesitant at all, despite my past attempts to play and learn the game (2003, 2006). My experiences playing the original Squad Leader in the late 70s with my friend Mike were in my top three early gaming highlights (APBA Baseball and D&D being the other two).

What helps is that Doug is a fantastic teacher, likely eliminating my main objection to the game which is that the rules are too dense. Technically Doug and I haven't played full ASL yet, only the starter kits which means we aren't playing with the full rules. Yet I have a lingering suspicion that the starter kit is the problem in the first place: there are some omissions of terminology and the rules do not have an index. Summary judgment: I think MMP did a poor job executing on the starter kits.

I had the pleasure of playing what are arguably the two most highly regarded tactical WWII wargames in the same week last week. In addition to ASL with Doug I also played Combat Commander: Europe with Matt. Perhaps you'll enjoy some brief comparative remarks on the two. 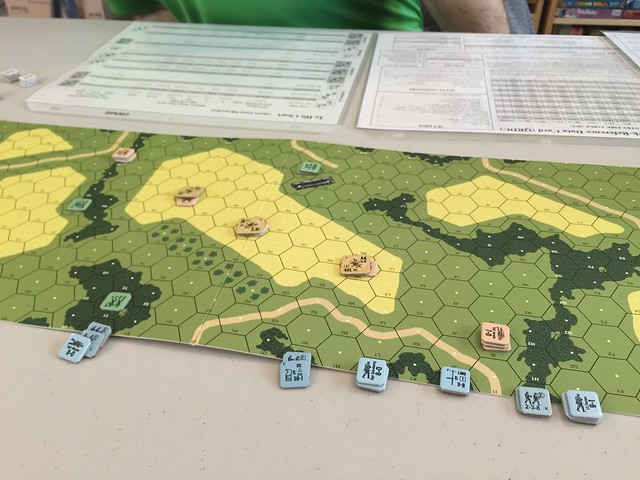 Doug and I played the scenario Priority Target, featuring Commonwealth forces plus Greeks defending a battery of AAA from the Germans. I played the Germans and took the attack posture. Doug had a tough day ahead, with no easy way to hide the batteries and a dearth of quality troops to defend.

Doug and I have a solid mastery of infantry rules and tactics from the Starter Kit, and we are both able to play quickly which is one of the reasons we are both falling in love with the game. The flow is so nice, and you feel like you are able to plan ahead and devise a strategy. Hold that thought for later... 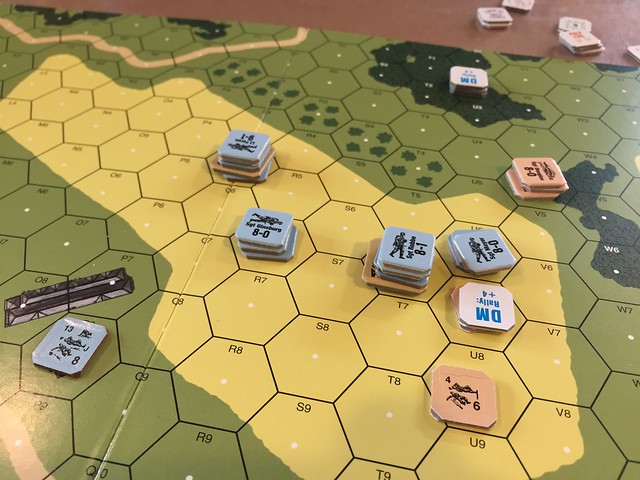 I had a fairly easy go of it, but it was fun. After taking his first two guns, I was able to turn them on his own troops as I closed in with my other forces. Doug and I have both been listening to the 2 Half-Squads podcast and one point of advice is that if you are the attacker, you must attack. Or rather, disperse your forces, only prep fire when required, and press with movement and advancing fire. The main risk for me was Doug keeping rate of fire with his last remaining gun, and he struck out on some poor rolls at the end. 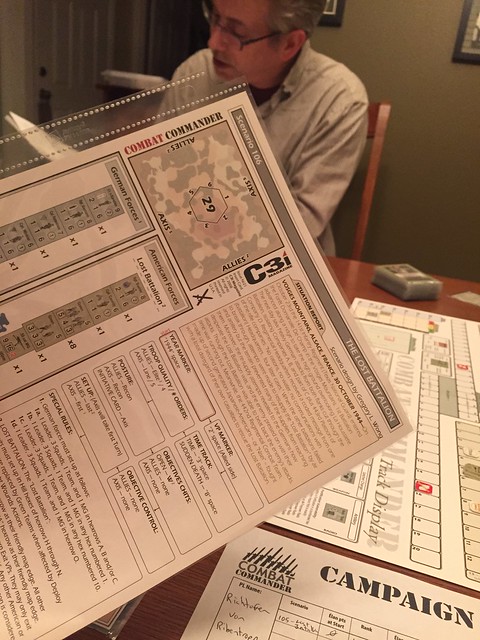 That same week, Matt and I started a Combat Commander: Europe campaign using the new personal leader rules from C3I. This hearkened back to my old Squad Leader days when Mike and I used to play the campaign rules, which was almost like a role playing game combined with a wargame.

We opted to start with scenario 106, Lost Battalion, thinking this would be a good launching point for an America vs. Germany sequence starting in October 1944. 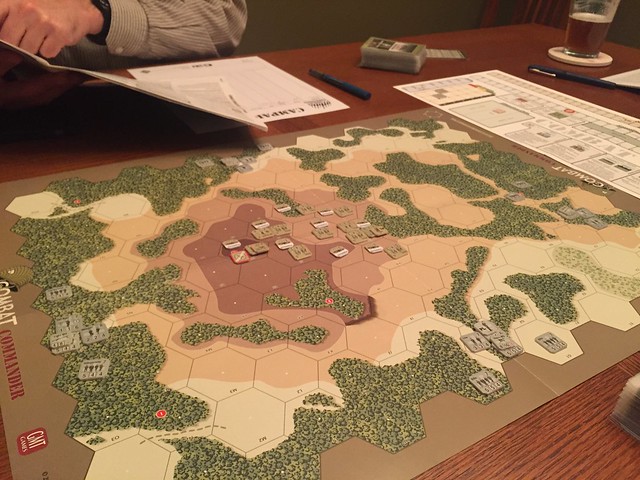 Now I adore Combat Commander. When I purged about 30 wargames from my collection last year, this was one of the games I decided to keep. Not just keep, but I doubled down with a nice Plano box for storage and organized all of my scenarios (I have every one published) in a three ring binder with sheet protectors.

Still, the utter chaos in this game provided such a stark contrast with my ASL experience the same week that I started to have doubts. I had a plan for how to stop Matt's battalion from escaping, but the cards and chaos (we had 3 or 4 time triggers within the first 15 minutes) prevented any material strategy from presenting.

I should take a deep breath.

Combat Commander is what it is. The chaos is what makes the fun, and to be fair Matt and I did have fun. It is like the beer and pretzels version of ASL, and it is a great intro game to teach others for the very same reason why it pales next to ASL: constrained choices. By holding a fixed set of cards, you do not have the option of doing anything and everything. This scarcity of options makes it easier to go with the flow and play very tactically, turn by turn.

Looking forward to more ASL this week with Doug. We expect to be playing full "big boy" ASL by November.