This is part 7 of my sailing in Greece series. You can find part 6 here. 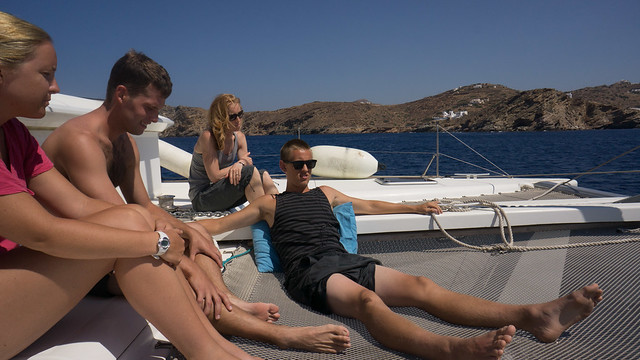 On June 27 we set sail for Ios, an island I last visited in 1990 during the World Cup. The wind did not last so we slowly motored into a harbor at some prime beach location where Julie, Jacob, and Andrew swam into the beach. Matthew, Adrienne, and I paddled the dinghy in. 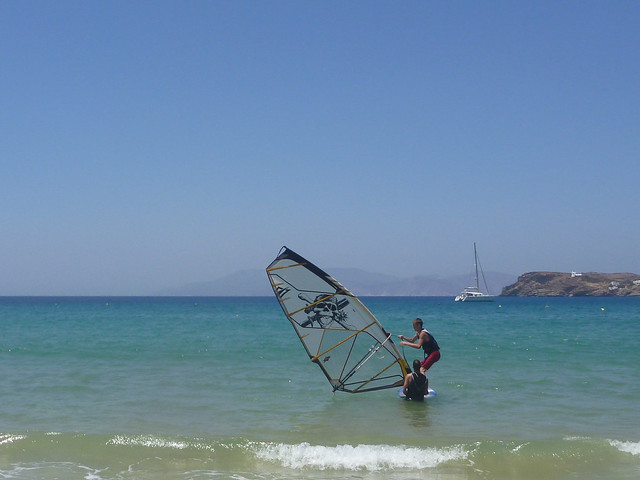 Lots of beautiful people on this popular tourist destination, including six or so topless women. The young men immediately rented some windsurfing gear, with Jacob and Matthew getting lessons from the more experienced Andrew. I just swam around and enjoyed the relaxing beach. In the photo above you can see our boat in the harbor behind the boys. 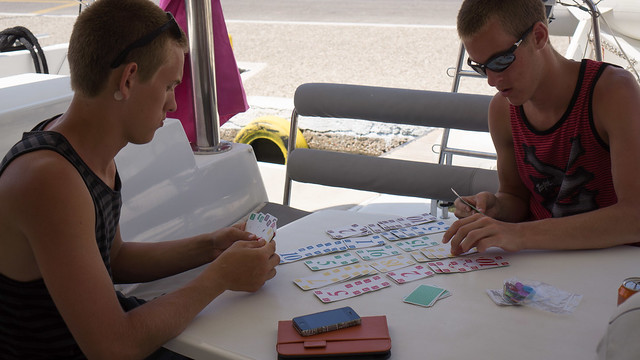 This would not be our anchorage so we sailed over to Gialos Port. The boys broke out my handy universal Sticheln game package to play Lost Cities.

Now it was time for a difficult conversation. A nearly universal destination for Cyclades visitors is Santorini. I mentioned before that visiting the island with our boat would not be an option. Julie and a few others were keen on doing an overnight excursion there via ferry, but the schedules were disagreeable. Julie made a compelling case: it was the island several of us were hoping to visit. It didn't help that I had pumped it up so much prior to our trip. We would have to take a 5pm ferry, spend the night, then return on a noon ferry to Ios. The plan would be to explore Thira town at night, including the amazing sunset, then Akrotiri) in the morning.

I took the dissenting position, arguing that sailing requires flexibility and adaptation. I love Santorini (I also visited there in 1990) but did not relish the idea of staying in a hotel and leaving our boat. We cast secret ballots with 4 voting for staying on Ios and 3 for going to Santorini. I felt bad about the outcome knowing how much Julie wanted to go -- maybe I resisted too hard and should have bent to those with stronger desires. In any case we better have a good time on Ios. 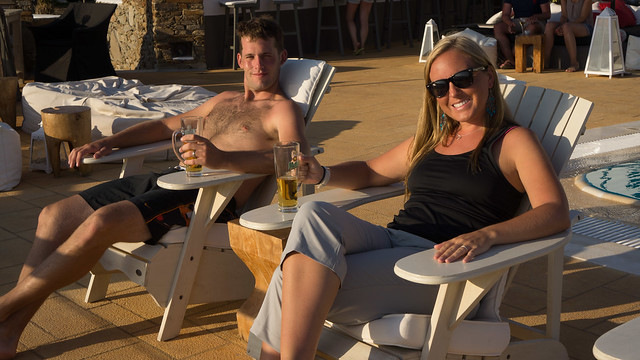 The ferry booking agent that we discussed the Santorini trip with was pushing a restaurant up the hill called Grandmas. I'm always suspicious (likely kickbacks are involved!) but the view shown in the photos looked amazing. They also offered up their pool.

A plan began to emerge: take their offered car ride up the hill to the hotel, take a swim and have a few drinks, hike up to the chora peak, then walk back for a late dinner. Everything surpassed our expectations: the view was spectacular, we shared a bottle of rose over dinner, and the meal was the best we've had so far. 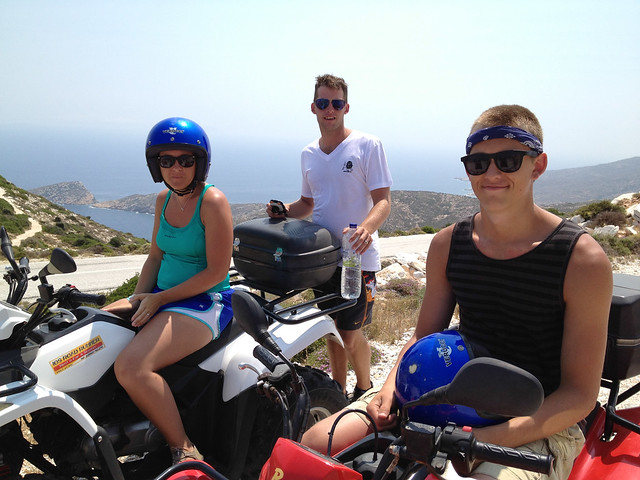 The next day we rented three quads plus a Panda mini SUV To explore the island, reaching the northern-most point to see Homer's grave. We then visited the tiny beach town of Psathis Beach -- windswept with some sand but mostly rocks. The quads were a blast and we all took turns driving. The terrain was dramatic with tall peaks and majestic views. 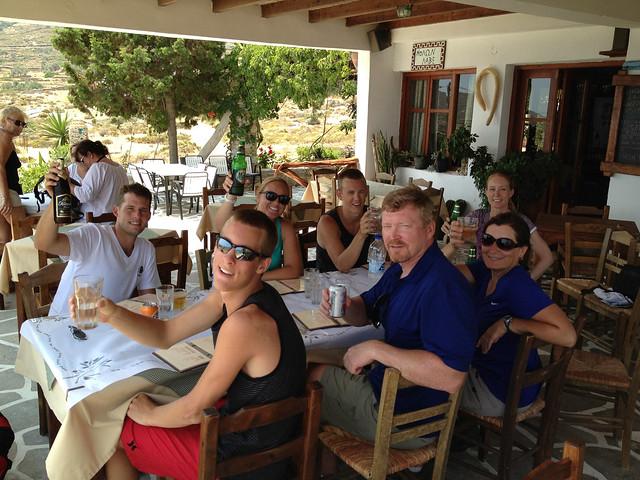 The lunch in Psathis was memorable for its variety; I ordered rabbit in red sauce which was just ok and a bit too bony. Julie's stuffed zucchini flowers were the definite highlight. 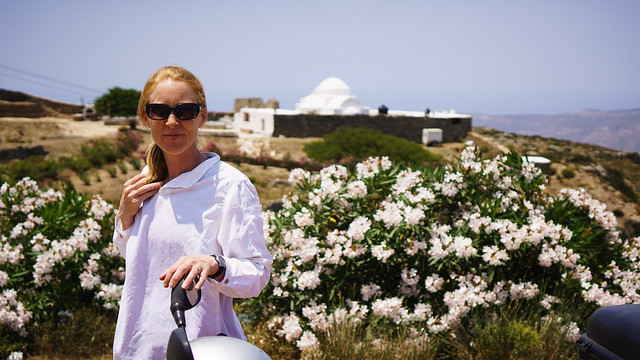 We finished our visit to Ios with a drive to a mountain-top monastery which was unfortunately closed. We then returned to Milopotas beach for another hour of windsurfing. 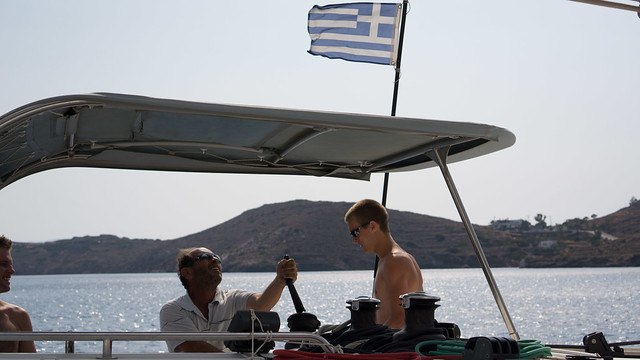 We set sail for our next stop Antiparos at about 4:30pm.