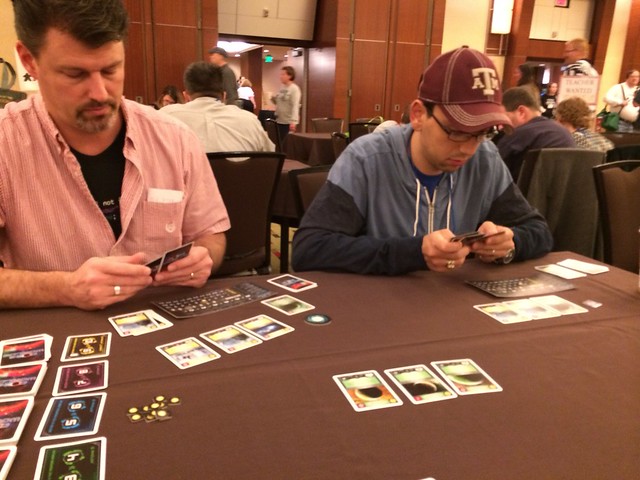 Here's a quick recap on day 3, which featured mostly new games for me that I universally liked. A good day! Jim and I had a leftover game from last year that we never tried, Core Worlds, and we started with that on Friday morning. I had just learned the day before and was able to teach it quickly. I think Jim liked it as much as I. 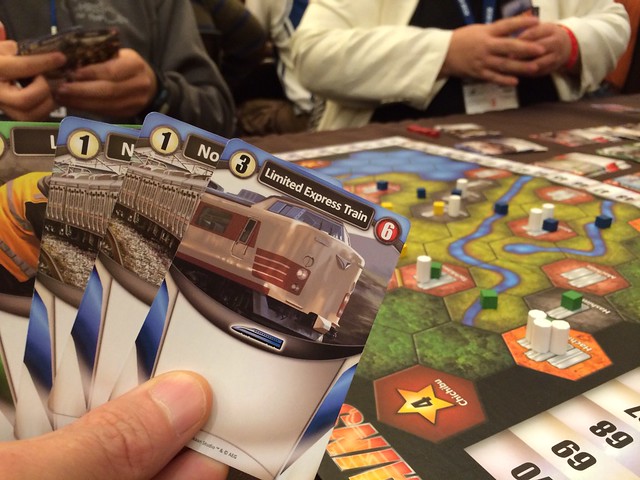 Another deck builder was up next -- Trains -- this one with a board that includes track laying, station building, and multiple ways to score points beyond just the cards. This was developed by our very own Steve Ellis of Rainy Day Games in Beaverton OR and was very easy to learn for all of us. It feels most like Dominion but has enough twists to differentiate it.

Your cards can be used to buy other (presumably more useful cards), lay track in the board, build stations, remove cards from your hand, or take special actions like drawing more cards. Your deck can become consumed with waste quickly as many actions introduce these dead cards into your deck. Like Dominion you may find cards to buy that can remove wasteful cards, but with the variable setup that may not be the case. The production quality is outstanding and I understand Steve was the designer of an expansion so I hope to try that soon too. 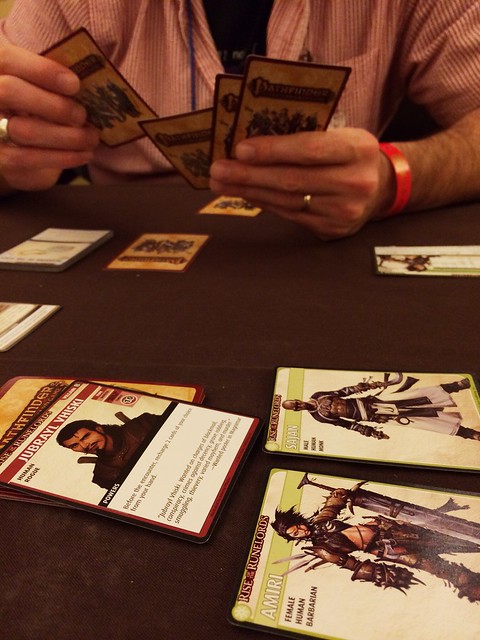 Jim hadn't yet played the Pathfinder Adventure Card Game so we played through a full three scenario adventure. We died trying to kill Blackfang but it was a fun romp. Matthew and I are ready to dive into the first adventure pack so maybe we can squeeze in a play or two with Jacob back this coming week. 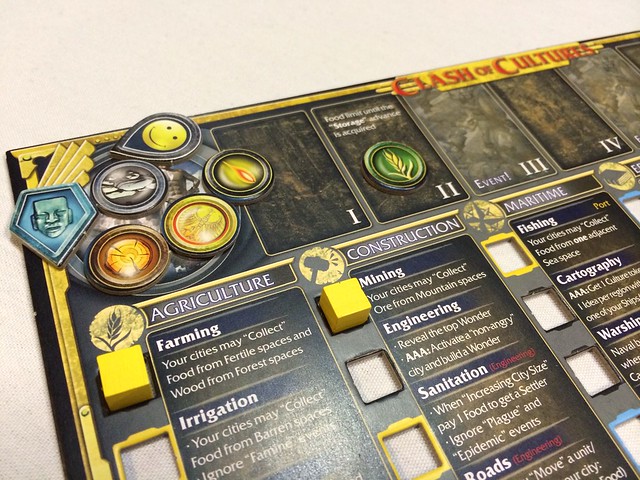 Our big game of the day was the civilization building game Clash of Cultures where Jim and I battled with Jeff DeBoer. I think this is a better version of both the original Avalon Hill Civilization game or the newer Fantasy Flight version of the Sid Meier a Civilization game. I struggled but had much fun along the way and would like to play again. I think I can swap out a few games and keep this one. 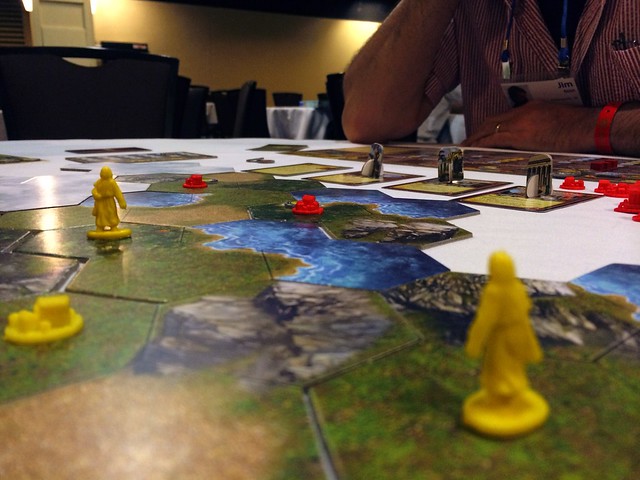