We took a family trip to the east coast -- Washington DC and New York City -- for a mix of tourism and college visits. 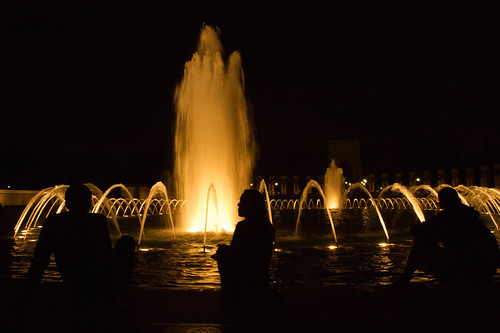 The weather started off ideal - 70s as we landed at BWI and took the train into DC. Knowing the weather would only decline throughout the week, after checking into the hotel and a burger at Good Stuff Eatery we proceeded directly to the Washington Monument for a night-time tour of the monuments. This included stops at two monuments I'd never seen before - the MLK and FDR monuments. We probably walked for 5 miles total but it was worth it so see the beautiful lights and sites. 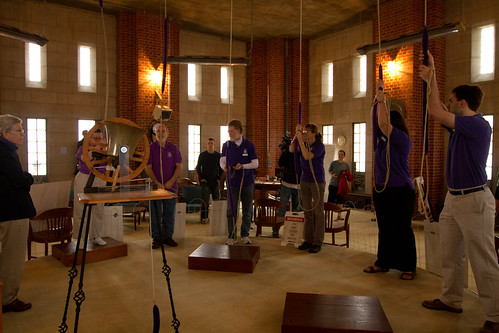 Julie arranged for a tower climb at the National Cathedral. This is a rare treat, especially since it was damaged in the earthquake last year. The big surprise was being able to watch the bell ringers. Made up for the grey skies, rain, and fog.

On Saturday afternoon we took the White House tour. We felt lucky to get tickets, but not so lucky after the fact given how unimpressive it was.

Sunday took us to Arlington National Cemetery with spectacular views of the city and the always meaningful changing of the guard. We were also treated to two special wreath ceremonies at the Tomb of the Unknowns. 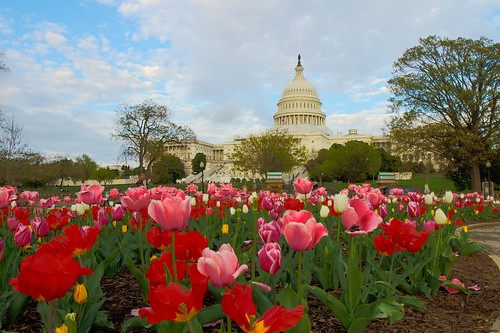 On Monday we toured the legislative and judicial branches with a tour of the capitol and a stroll through the US Supreme Court building. Timing couldn't have been better as this was the first day of arguments on the health care reform bill. Needless to say there was plenty of activity on the steps of the courthouse. 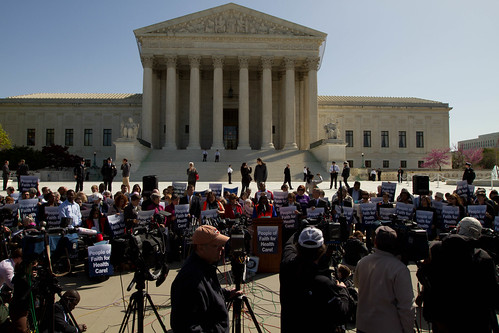 Unfortunately we missed Santorum, Bachman, and a few other celebrities (?) but there was no shortage of protesting and lively discussion.

The next two days of our trip saw us visiting Princeton and Yale. We rented a car at Reagan National and drove to Princeton, NJ on Tuesday. The campus was a pure treat for both boys, partly because of our student tour guide. Jacob could see himself at Princeton but he's hoping to do Air Force or Navy ROTC and neither are offered on campus. 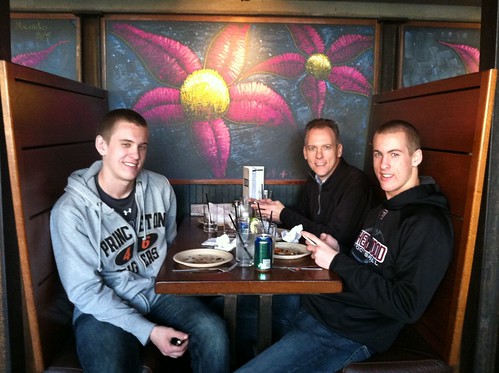 On Wednesday we drove to New Haven for a visit to Yale. The campus has a very different feel than Princeton -- much more urban and integrated with the surrounding city. The residential colleges at Yale complement the urban feel by creating a series of mini self-contained communities.

Before driving to NYC we enjoyed some classic New Haven style pizza at BAR. 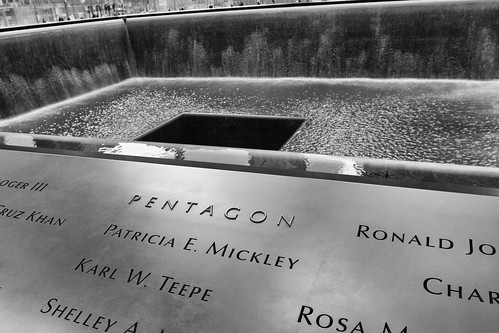 Our trip to NYC was memorable. We started with a visit to the new 9/11 memorial and tour of the financial district. The weather was quite chilly but at least the rains mostly stayed away as we took the ferry to Ellis Island and the Statue of Liberty. 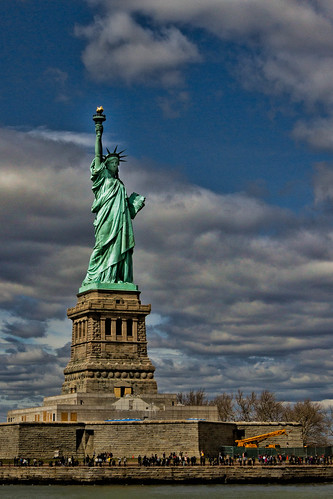 On Friday we toured the campus of Columbia, which rose to the top or near the top of Jacob's short list of wish schools. A big part of the appeal is the Manhattan location -- Jacob is just a bit enamored with the big city. Surprisingly the campus feels much less urban than Yale's.

Oh, and we saw two Broadway musicals: Once and Jersey Boys. We hadn't planned to see any shows (boys were disinterested) but staying in Times Square and seeing the theaters changed their minds. We also went to a Knicks game and both boys commented after that they would have rather seen another show. 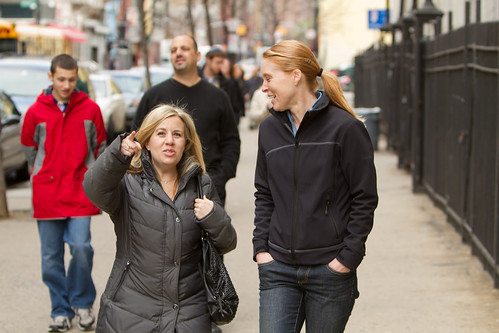 Our last day was spent strolling around Chinatown and other parts of the lower east side with good college friends. We had great walking tour guides of the old tenements and other notable immigrant sites in the area.