Today was another banner day. A great mix of deep longer games with light fare, good food and friends, and some excellent aged bourbon. The day started with our scheduled 18xx fare - 1846 this time, my second play in the last year and it is becoming a favorite. This is about a 3 hour game set in the Midwest (I've lived in four of the cities on the map) with an emphasis on financial management and route building. Mike won running away but I turned a likely dismal last place finish into an "upper tier" 3rd place behind Matt. 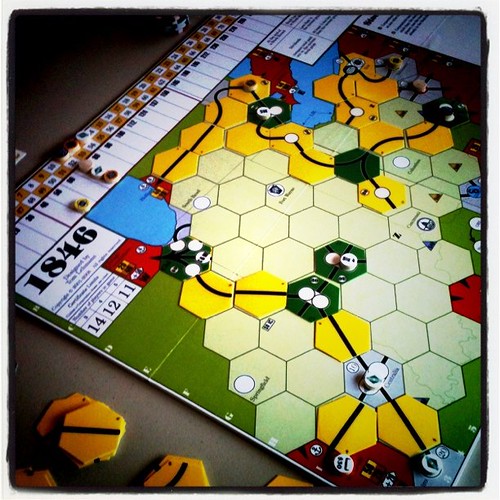 After a short walk on the beach (by the way - the photos you see here are iPhone photos and I'll post better ones in the coming week) we reorganized into Dominant Species and Shogun. I played Shogun with KC, Rita, and Ken. 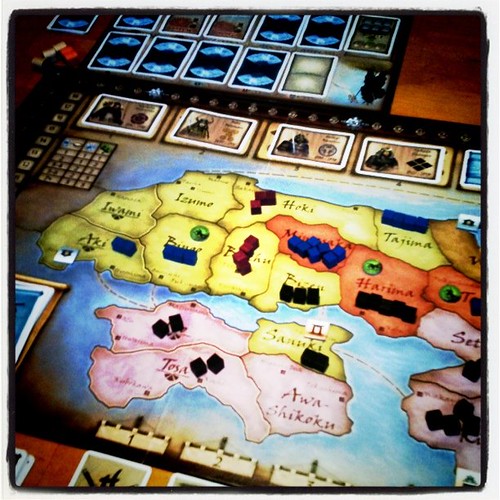 Shogun's board is much more linear than the original Wallenstein which kept Ken and I distant for most of the game. We were able to claim key sectors of the board to ourselves and were in a close battle till the end with Ken playing strong and finishing on top. 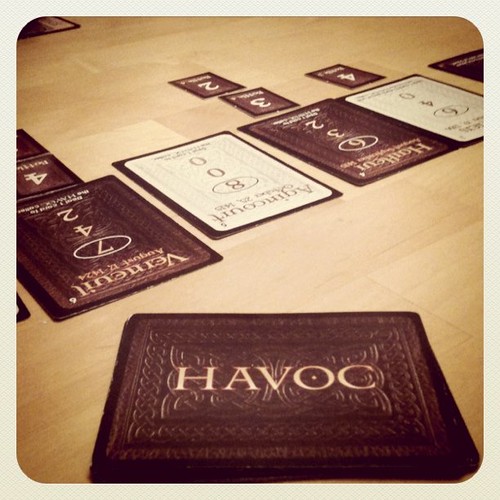 After dinner while we waited for Dominant Species to finish we played 4-player Havoc. I'm biased but this remains a strong game. 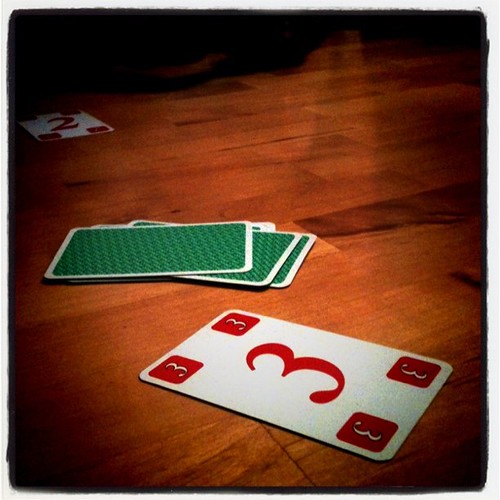 Next was a 4-handed Sticheln contest followed by a chaotic 7-handed Sticheln. Don't bother asking me if I've figured this game out yet. Lastly, while the others played Tales of the Arabian Nights Matt, Rita and I played the Hag scenario of Castle Ravenloft and won! One big benefit of playing this weekend - learning from Matt that experience points are shared amongst all players. Tomorrow is the last day. Hope to start Sunday with a 2 or 3 player game of Civilization with Matt.