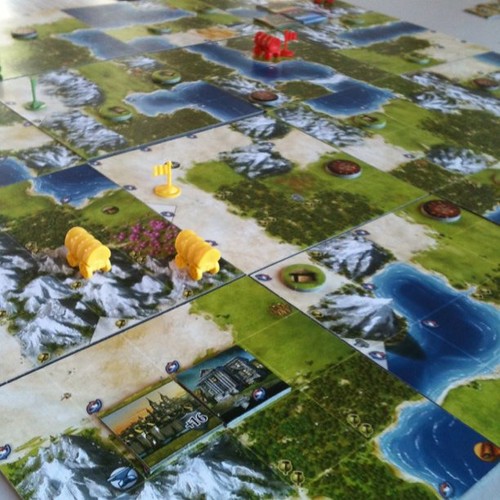 The photo tells it all - I spent most of the day with Doug, Matt, and Eric playing the new Civilization boardgame. This is everything I like to see in a civ game - many paths to victory, decent player-to-player conflict, some wackiness introduced by cards, and steered focus based on initial conditions. Matt won with a "gold" victory but didn't sneak up on us - we knew it was coming but did what we could to slow him down or push ourselves forward faster. For Eric and I it was a first play so there was a certain amount of stumbling along the way but I think we both held up admirably. It took 4+ hours for our game but it was slowed by some paralysis at times (mostly on my part), me having to split time cleaning up the house and doing laundry while playing, and having four players with two of them newbies. No reason why this can't be a 2-3 hour game with 2 or 3 players. Definitely on my "want to buy" list. 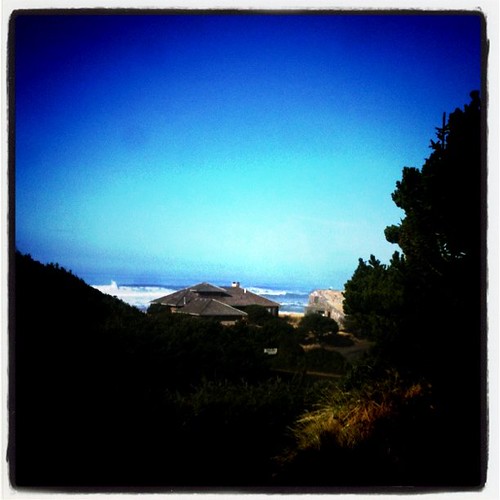 We left at about 3:35pm and were in the driveway in Sherwood by 5:25pm. It was a beautiful day at the coast (the photo above was taken from my seat where we were playing Civ) and I appreciate all the help I got from my guests in closing down the house until our next visit. Hopefully that visit will be before Memorial Day weekend! Our trips have been too infrequent lately.