KC and Rita arrived at my Sherwood home late Thursday afternoon and after stopping for happy hour at the 101 Roadhouse we were at Salishan and ready to dive into gaming. I'll share some brief thoughts (typing on the iPad here) on each of the games played so far. 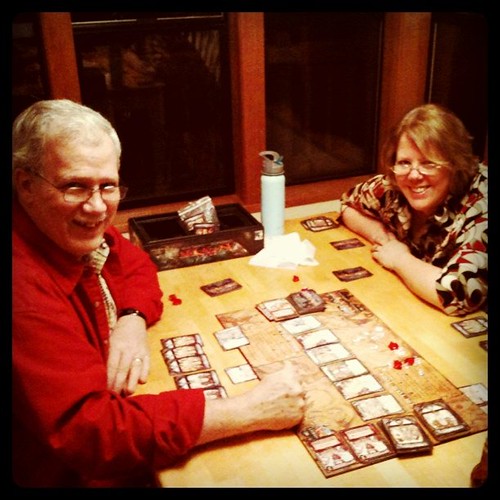 First up on Thursday night was Ascension: Chronicles of the Godslayer. Another in the deck building genre but interesting enough that it may be worth getting. Always felt like there was something to do. Key difference (from Thunderstone, Dominion) is the variability in the "common" pool that players share. 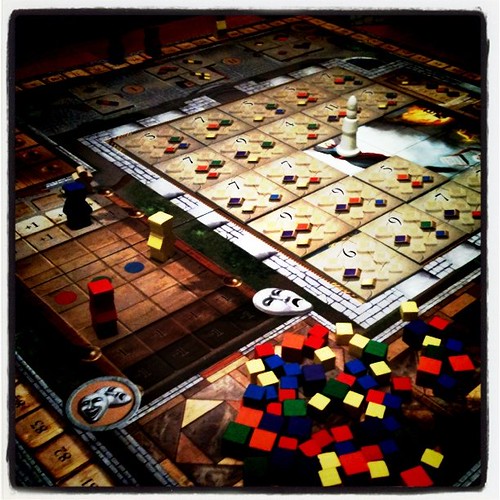 Next was Fresco, one of the more highly regarded Euro games released over the past 2 years. The game reminded me of Blue Moon City and was enjoyable enough. Given the choice I think I would always play Macao. On Saturday morning while we waited for Mike, Doug, and Matt we played a revamped version of KC's Hanford. This is the game of cleaning up a nuclear power and research site gone bad and it is very good. Needs to be published. 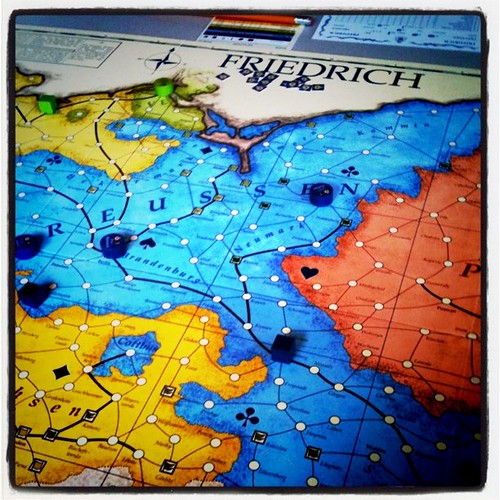 Next it was (finally!) Friedrich with Eric and Mike. I played the Austrians, Eric the Prussians, and Mike the Russians and French. The game was epic if a bit frustrating for Mike. We were both on the verge of winning (Mike with the Russians) when the Russians pulled out the war. It looked like a win for me was imminent but Eric deftly held me off. Meanwhile Mike rebuilt the French army and continued to push for victory. In the end I achieved victory with Mike being just one card shy of a shared victory. Excellent game. 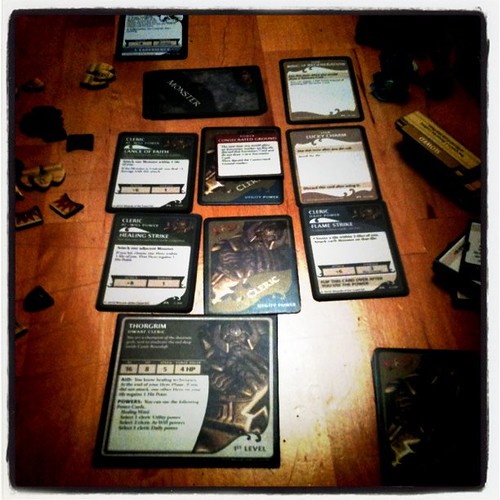 We indoctrinated 4 new people to Castle Ravenloft (KC, Rita, Ken, and Eric) and it was a smash hit. Played twice back to back. 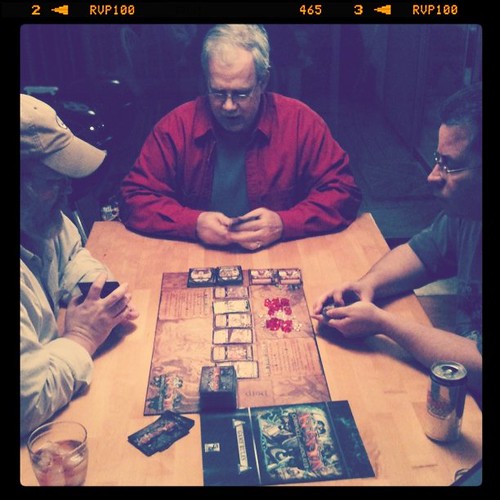 While KC, Eric, and Ken played Ascension, Doug Matt and I played Tales of the Arabian Nights. A great experiential game made even better by consuming a few old fashions throughout the game. That's all for today. Will start tomorrow with some 18xx.