Doug, Mike, and I played Carson City last night - a first play for Doug and Mike, and my only play since a five-player introduction at BGG.CON back in November. In hindsight I wish I had prepared a bit more (wasn't sure if we'd have 2 or 3 players) as a few rules were missed that may have soured the experience. 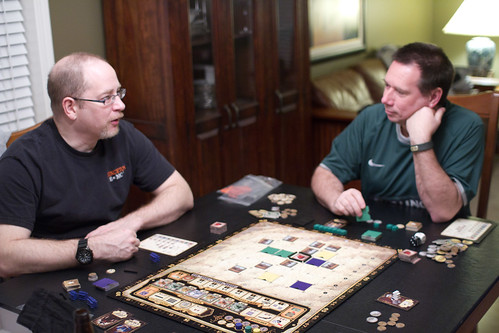 Carson City is a worker placement with a linear action progression, clearly influenced by Caylus but with a very different and competitive aspect. Players compete via parcel and building placement on the map as well as by dueling for action selection. We played the more strategic variant that gives each player a randomly selected set of gun firepower tiles (and compensates weak / strong hands with more or less money at the start) but had a grand total of two duels in the game. 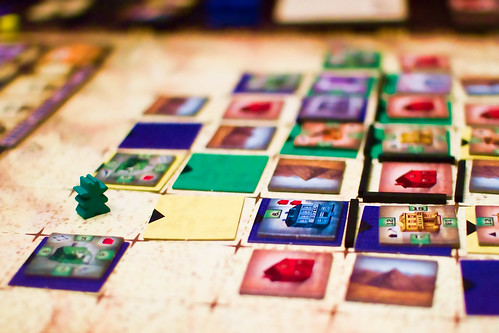 A few rules that we missed for a while or that I glossed over:

That said, this is a sufficiently involved game that I think any first play is going to be a bit scattered even if played correctly. I want to get 4 more plays in within the next few months to see if this game is sticky.