We are nearing the end of basketball season for both boys (young men?). They've both progressed very well this year, and I've been able to spend a lot of time shooting games with various lenses (thanks to Pro Photo Supply rentals).

Matthew is playing on the Sherwood 7th grade classic A team in the most-competitive Three Rivers 3A division. They are seeing some very tough competition this year, and Matthew at 6' tall is finding himself looking up to other players in about half of their games. His team has several tall post players which has allowed him to play at least three different positions fairly regularly and helped further his development. The team isn't having quite the success they had last year, though they have won two tournaments and finished as runners-up in two others. 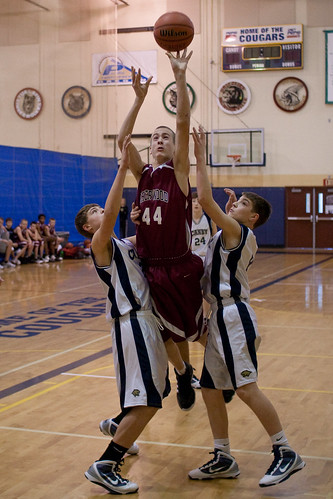 Jacob is enjoying his first year of high school (freshman) basketball and has truly surprised us with his development. He is regularly scoring in double digits and garnering similar numbers of rebounds. I think I've seen him take one shot outside of 8 feet all season, so everything is coming inside the paint and much of it through hard work on the offensive boards. He's developed a soft touch with a jump hook as well. 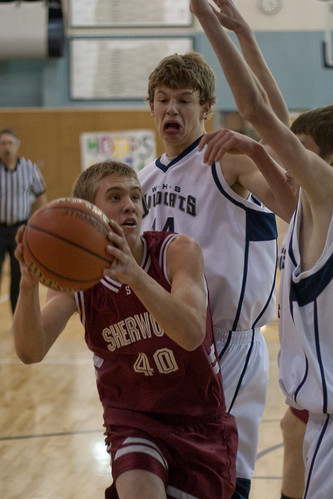 Unfortunately Jacob suffered a mild concussion after taking an elbow to the jaw last Friday night so he'll be out for this week at a minimum, and he may miss the rest of the season. This doesn't diminish the great progress he's made this year and I know he'll be back to play again next year.