A host of volunteers (some of them wearing kilts) make GameStorm a success and my gratitude goes out to all of them. 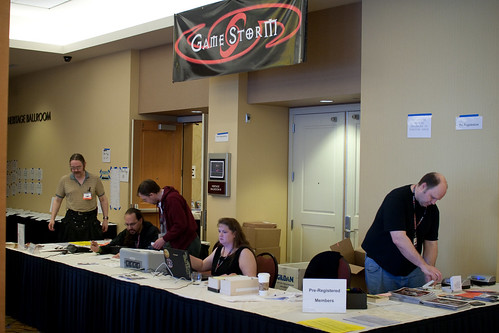 Jacob and I drove back from the Oregon coast on Wednesday and went into work together Thursday. Our arrival was perfectly timed as Ken and Brandon beat us by about 5 minutes. We had a great time pulling games from the library, including some old classics like Through the Desert. 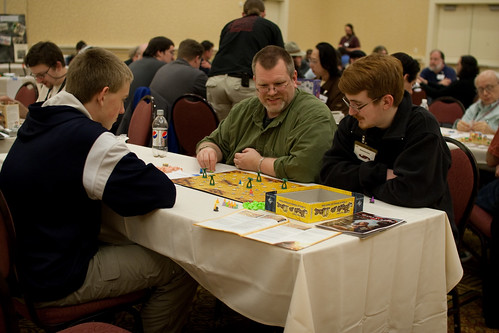 We also played Lost Cities: the Boardgame for the first time. Nice game! I think I'll like it more if I play with the variant allowing upward- and downward- card sequencing. 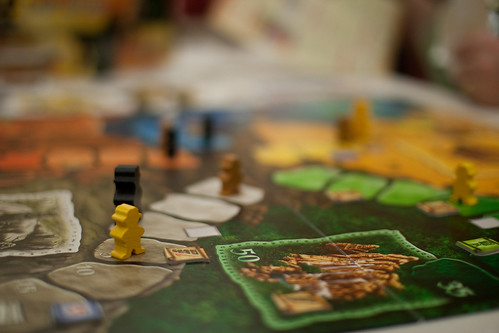 One of the games I ran that weekend was Brass, one of my top 10 all-time games. It was also my first chance to play a game with Mike Frantz, someone I met virtually about 5 years ago. Well played Mike (he won)! 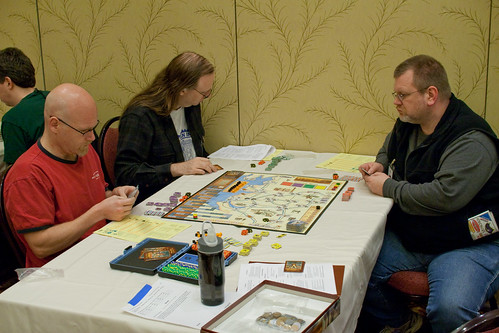 Some kudos go out to KC Humphrey - he did a workman's job running the Game Lab. The events for game designers and prototyping were non-stop throughout the weekend, largely due to KC's organization and promotion. This photo shows one of KC's rare opportunities to showcase his own prototype (Jacob loved it). 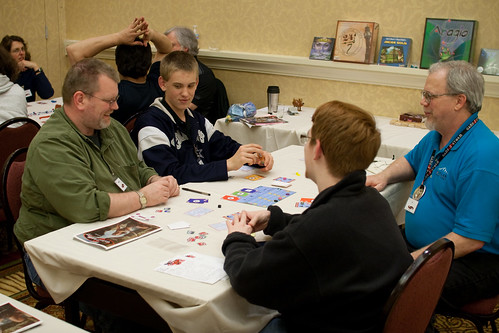 Friday afternoon I had the privilege of sitting through 3 game designer interview/workshop sessions where a few of us "industry experts" (why was I invited?) gave feedback on prototypes, marketing pitches, and presentation. 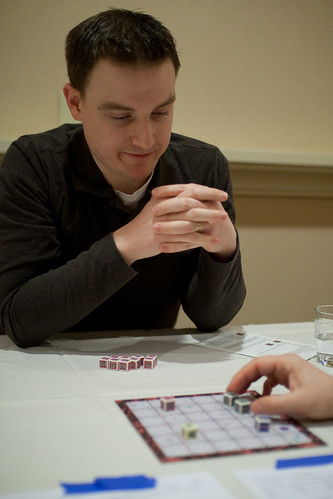 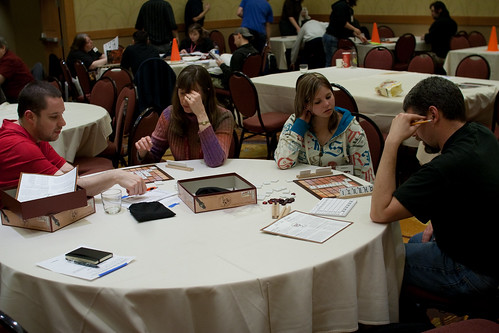 Rachel taught a few of us how to play the new, beautiful game Giants. The teaching was superb but I'm not sure how much I like the game. No denying it is creative and beautifully produced. I'd like to try it again. 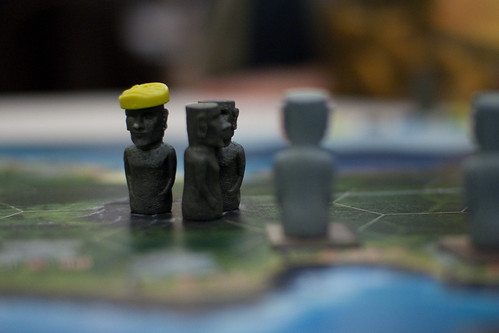 Wes Makin requested a game of Antike, still a classic in my book. Jacob, Mike Frantz, and Ken Crangle joined me in a well paced, tight game. 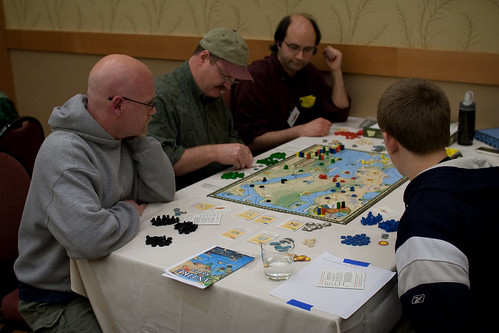 Jacob recently read the GRR Martin series A Song of Ice and Fire and was eager to play (again, 5 years later) A Game of Thrones. Having been a long time since I last played, I was happy to find a willing teacher and player and our numbers soon grew to six - so we played the Clash of Kings expansion. Jacob played Lannister and took off for an early lead only to be pounded back by everyone capable. Ken and I were lurking and close on his tails, but Greg Williams swooped down from the north and stole a victory. Very enjoyable. 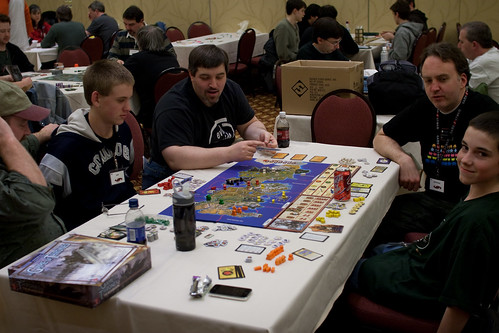 Sunday morning means 18xx, and I managed to get three games running concurrently. Matt broke out his new copy of Steam Over Holland and we taught the game together with three newbies. I'll write more about this game soon (I played again on Tuesday night with three players), but I'll repeat my assertion that the game is brutal with 5 players - cash is too tight for a newbie game where folks just want to run their own company and see how the mechanics work. Still, this is a great game for teaching the core mechanics of 18xx and I had fun helping nearly bankrupt Matt. 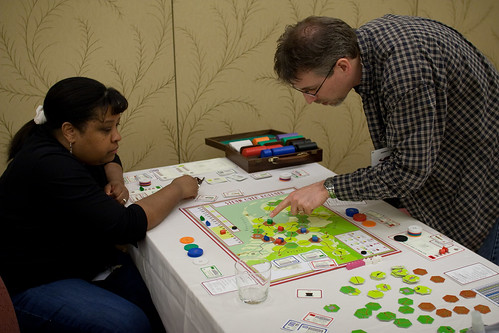 That's it for this year's report - thanks to the GameStorm staff (especially Beverly and Aaron) and we'll see you next year. 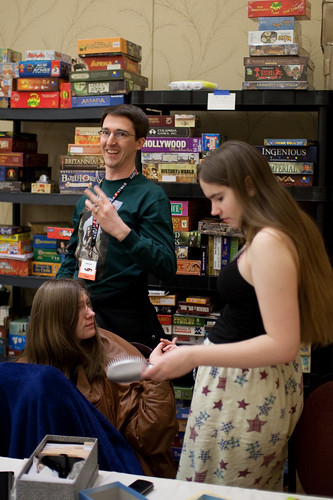