Saturday began with a scheduled game of Steam Over Holland with David Fair, Tom McCorry, Jeff, and Jim. This was a last-minute substitution over 18VA and turned out to be a great choice, though we forgot a rule that likely made the game a bit less enjoyable for a few of the players. 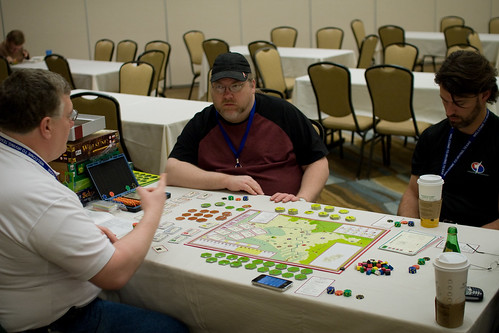 Steam Over Holland is designed to be a more approachable, simplified 18XX game than the standard fare. It fits the bill with a simplified stock track and a shortened game time via a fixed number of rounds. The crucial error we made was missing that companies collect income on unsold shares, putting more cash into the treasury and easing the sting (somewhat) of the rapid train evolution and obsolescence that is characteristic of this game. David and Tom have since played again and assure me that this fix helps not only in managing train purchases but also in speeding up the game. 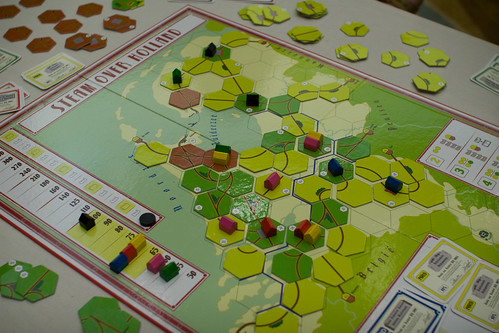 We took a quick break during the game to enjoy the BGG flea market. I didn't find anything worth purchasing (like I had room to carry anything else back), but buying and selling were vigorous and I know several folks that brought games to sell that liquidated quite a bit of inventory. 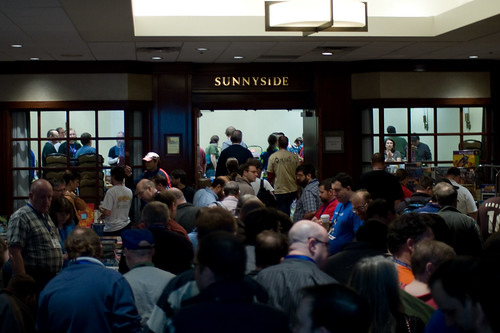 I had to escape the final scoring of Steam Over Holland to setup for our scheduled game of Agricola with Yehuda (his post) via Skype and webcam. Yehuda was unable to attend BGG.CON in person this year and requested a remote game from Jerusalem - I obliged and it worked out great. We setup mostly mirrored boards for the game and talked through our actions. We finished a 3-player game with the I-deck in just about 2 hours - impressive given the remoteness of our partner. Thanks to everyone that stopped in to check out our game. 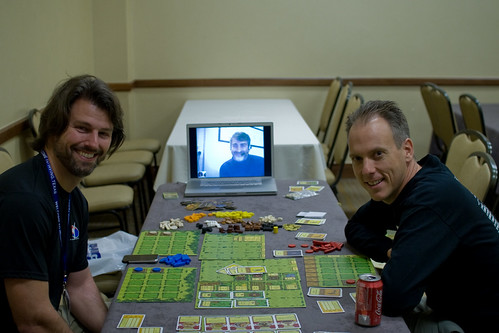 After a quick dinner in the hotel bar, Jim and I returned to the main hall for the 2008 Golden Geek awards. 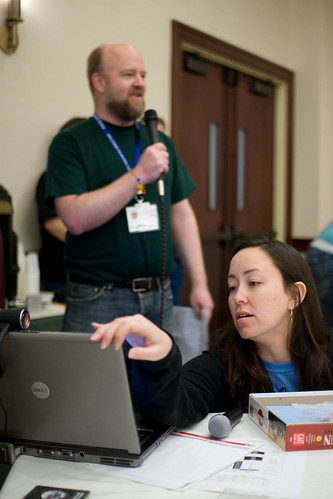 There were few surprises (that's Zev below with his first of two medals for Agricola) other than Hannibal edging out 1960 for best 2-player game (I love Hannibal, but it is hardly a new game...). 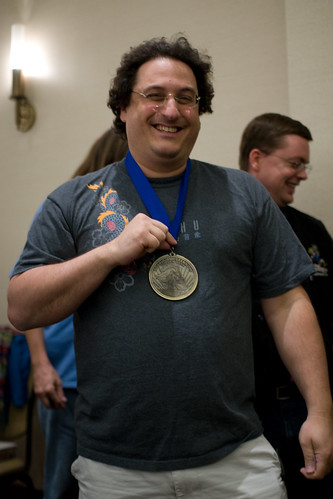 Jeff and Jim then started their scheduled marathon game of Hannibal so I was off for some other gaming action. The Austin crew pulled me into Wealth of Nations, a game I knew little about but was certainly willing to try. Our teacher did a fantastic job explaining the game. 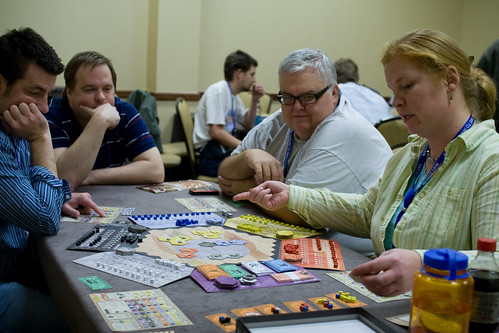 The game is best described as a commodity production and trading game with a bit of abstract hex placement included. It was a nice diversion but lacking thematic elements to keep me coming back. I happened to be producing a lot of the "red" resource which allowed me to flag out territory on the map for future placement. It also allowed me to accelerate the end of the game - when a player places all of his marking flags, the game has one more production and trading round. I did a quick calculation and figured I was in the lead or close, so why not end the game. I finished one point out of the lead. 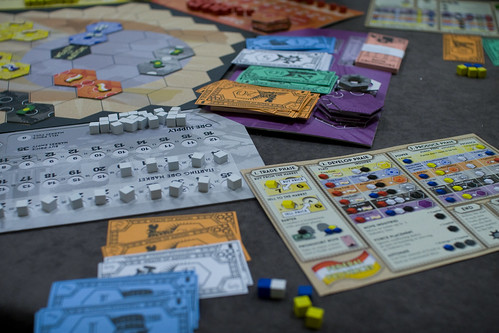 Next up - one of the holy grail games for collectors: Energie Poker! This is a game made circa 1980 in Germany to help teach the world about the impending energy crisis where players play countries striving to diversify their energy supply chain. Timeless, huh? Not a bad game, especially given when it was made. 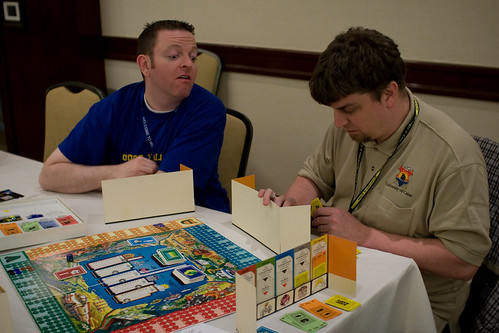 Done gaming for the night, I opted to wander the halls and snap some photos. Derk and Aldie were recording a Geek Speak podcast with Jason Matthews and Tom Lehman. This will be a good one to listen to - hopefully it will be published soon. 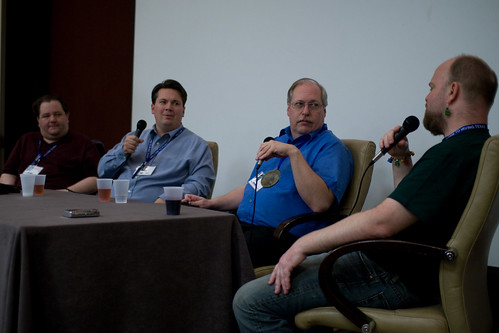 I wandered back to check out the Hannibal game. Turned out it went until about 2am with the Carthaginians turning out victorious. Nice work Jim! 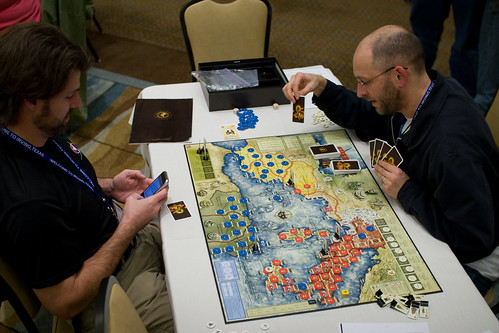