My goal is to finish my posts on Europe before my next trip to Europe. Nothing like setting the bar high.

We finished our tour of Belgium near the French border and drove through the countryside to our first stop in Reims (or Rheims) to break up the drive a bit. We started with a champagne tour at Taittinger, arriving without knowing when tours would run but fortunately we had another English speaking couple show up that allowed us to supersede their previously scheduled French language tour. We did have to wait in the lobby for a while to make sure nobody else would show up. 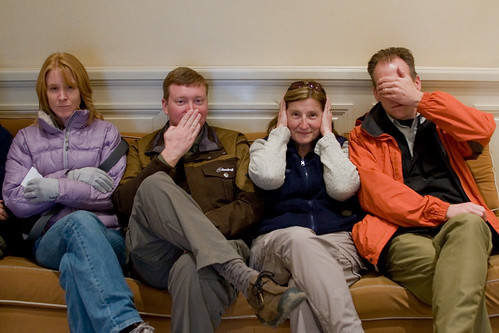 The tour was fascinating - we went deep into the cellars and witnessed a great overview of the process, plus some tasty sampling afterwards. 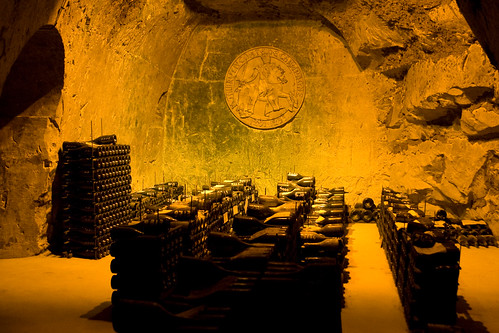 That evening we wandered around the heart of Reims, including a visit to the spectacular Notre Dame de Reims cathedral. This cathedral has been a participant in many historical events, including coronations of many kings and battles during WWI. 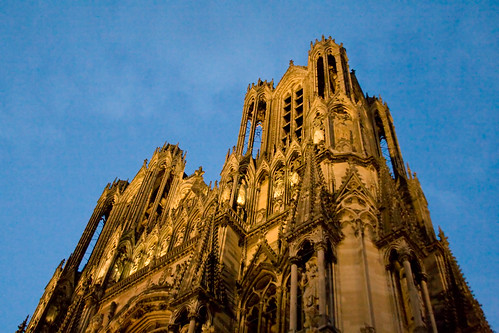 Early the next morning we departed our hotel to enter Paris. My navigation skills were a bit lacking as we missed a key turnoff on the south central loop around the city and we managed to get stuck on the freeway for several miles and unfortunately had to pay a tool to make our way back. Dave and I dropped everyone off at the hotel to check in so that we could head into town towards Les Invalides to return the car. We lucked into a fueling station near the drop-off and hopped on the metro to head south and meet up with the family. 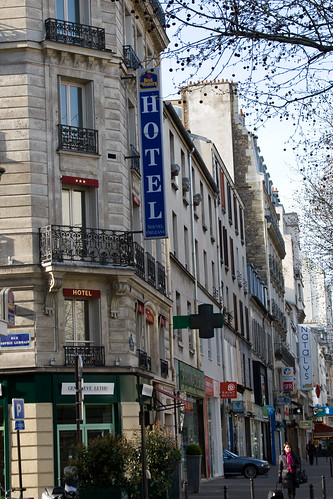 Unfortunately the catacombs were closed for renovation! Julie of course had a backup plan - the Musée de l’Orangerie where we could see some of Monet's finest works plus pick up our museum pass - an amazing deal if you are spending a few days in Paris. Julie was our guide throughout the Paris stay - it was rare to see her without the Rick Steves book in hand. 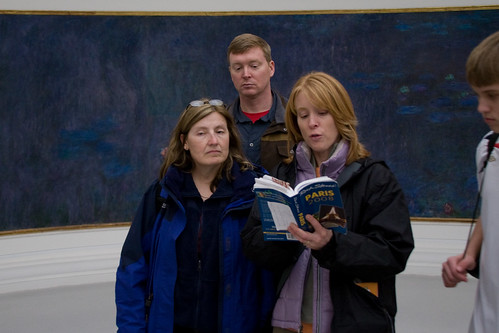 Next up was the hike up Champs Élysées from the Place de la Concorde (with obelisk) to the Arc de Triomphe. The weather was cool but clear and the skies a deep blue. 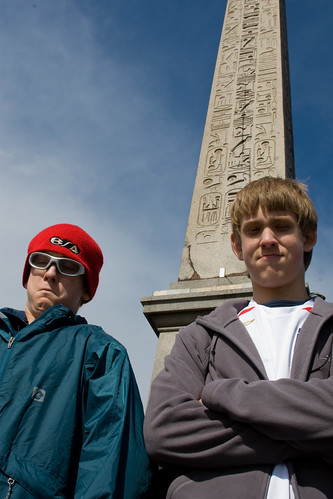 Except when the thunderstorm hit us and we had to hide away in the Grand Palais. One day into our Paris trip the museums were starting to wear on the two most likely suspects: Dave and Matthew. All the more reason to have a museum pass and allow us to hop and hop out without worrying about getting a full value from a single visit. 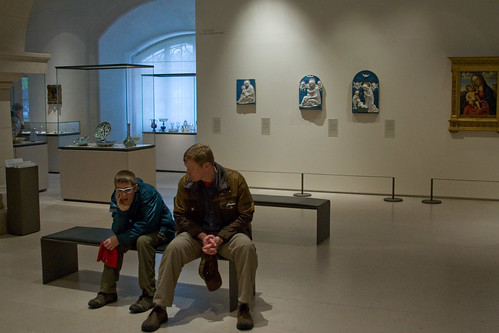 We enjoyed stopping in a few of the shops along the Champs - most impressive were the concept cars in the Renault Peugeot (I knew that! but thanks George...) show room. 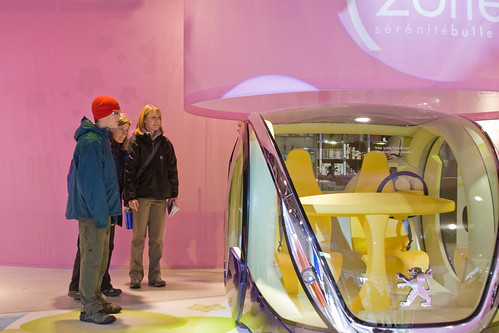 And of course, the culmination of the walk is the Arc de Triomphe. We climbed to the top - within a 24 hour period we would climb the Arc, the Eiffel [as far as we could), and Notre Dame - for a spectacular view of the city. 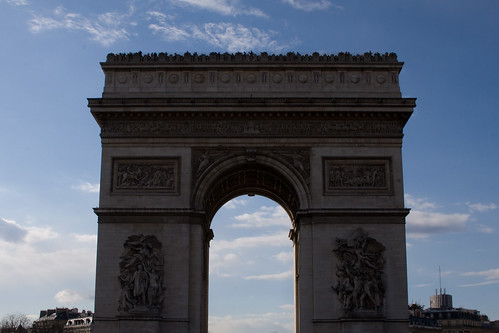 Note: this is not perfect scale - view of the tower from the Arc. 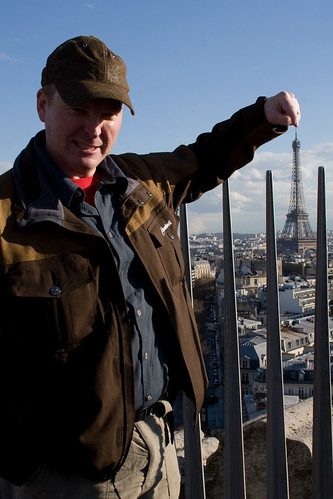 We originally planned to climb the tower later in the week, but with the weather clear and our legs fresh we decided to take advantage of our location and climb it. We approached from the Trocadéro and got a few nice shots of the illuminated tower. Climbing as high as we could followed by the final elevator lift was a smart move and probably saved us an hour of waiting in line at the base for tickets and an elevator. 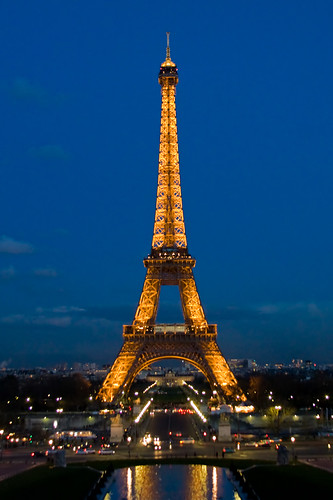 We finished the day at a brasserie near our hotel, which was most notable for possibly the worst piece of sausage any of us have ever tasted. Lesson learned, we'll stick to sausages from Germany and England in the future. 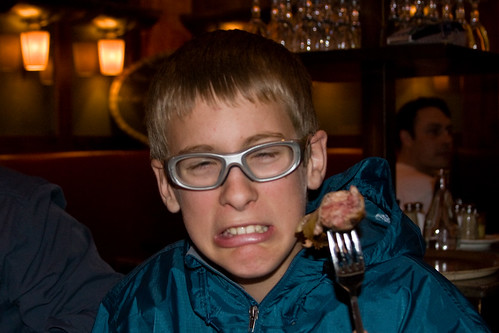