The weather in Belgium was very thematic for Bulge historical site visits, but not so nice for some of the activities we were hoping to do. Matthew helped plan the Belgium portion of the trip, and his #1 priority was visiting the Plopsa Coo amusement park near Stavelot. We averaged about 2 inches of snow per day and experienced some severe whiteout conditions while driving from Bastogne to La Roche on our 2nd night. That wouldn't stop us from making the most of the amusement park, however. 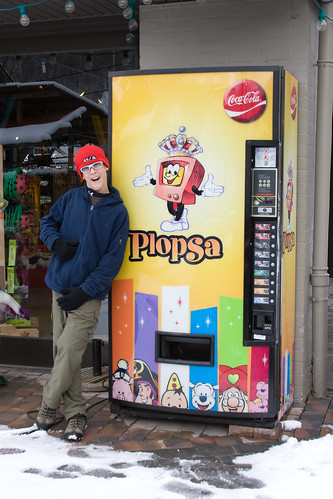 Plopsa Coo is a clean, smallish amusement park not unlike the regional parks you'll see in the USA and as good as anything we have in the Pacific Northwest which is surprisingly devoid of thrill ride parks. It is geared toward smaller children but has a few rides to keep bigger kids interested. 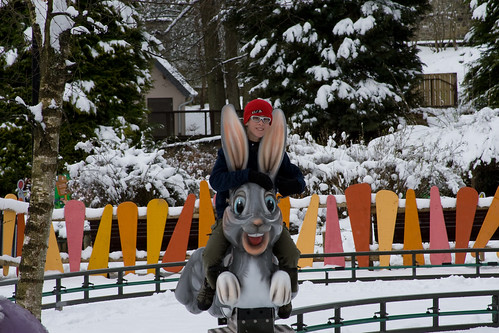 Not that the kid rids kept Matthew away. We had to wait quite a while for the roller coaster and log flume to open up as they cleared snow and prepared the rides for safe use. Matthew stayed busy with the evil bunny ride, the slow cars that you can't actually steer, and good old fashioned playground rides with Jacob and Julie. The rest of us tried to stay warm. 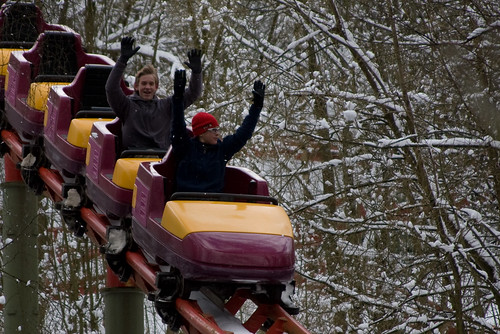 We took a few rides on the roller coaster which was most enjoyable because of the snow and beautiful scenery - the ride itself was rather short and not terribly thrilling. The key is that Matthew had a blast and I earned some credits allowing me to spend more time visiting WWII sites.

After finishing at Plopsa around 1pm we made our way into Stavelot to visit the Abbey. The interesting parts of the abbey are surprising - there's a nice English language audio tour of the museum which goes into great detail on the local area history as well as the construction of the abbey. Things get really interesting in the basement where there is an automobile and motorcycle racing museum complete with Sony PS2 and PS3 kiosks that kept us entertained. 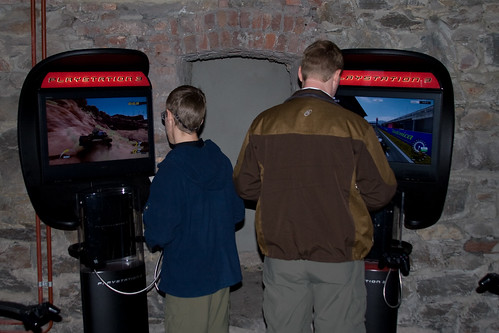 The ruins in front of the abbey made for a nice battlefield for a snowball fight for the boys. After visiting a few more Bulge sites we made our way back to La Roche for a bit of rest followed by our last evening meal in town. 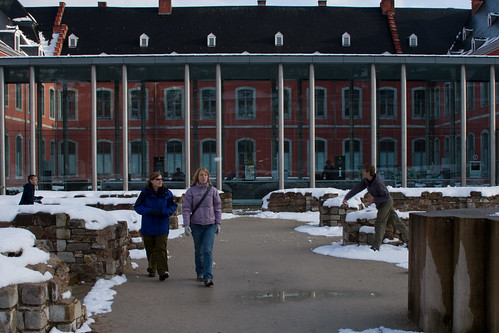 We strolled around town looking for some interesting dinner options and ultimately made our way across the Ourthe to eat at La Brasserie Ardennaise. They had a fine selection of beer, wine, and local flavor dishes - highly recommended. Of course David and I had to order our standby favorite Trappistes Rochefort 10. 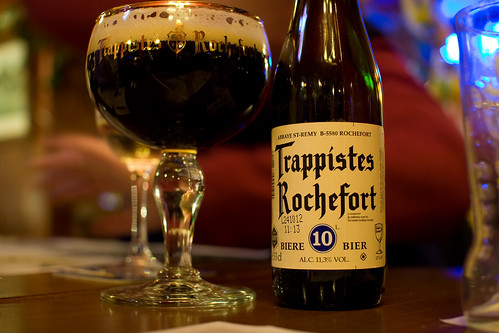 The picture below is from the bridge just in front of the restaurant with the feudal castle in the background. 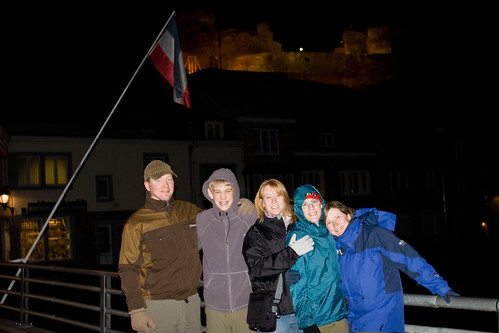 This would be our last night in Belgium - next day we head to Reims, France but not without a few more stops in western Belgium. 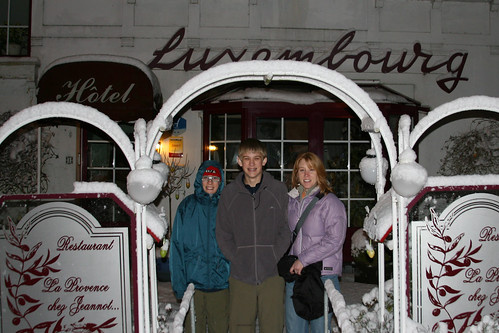 Our first stop was the Castle of Bouillon near the French border. Fortunately we left our puppy behind, because apparently it is commonplace for the local raptors to fly away with the cuter ones. 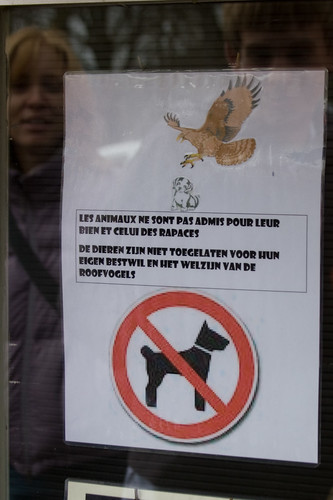 Raptors at the castle? Yes indeed! One of the surprises at this outstanding castle was the birds of prey show put on by a local falconer. Even though the production was in French, the demonstrations of owls, hawks, eagles, condors, and falcons was first rate and kept us very entertained. 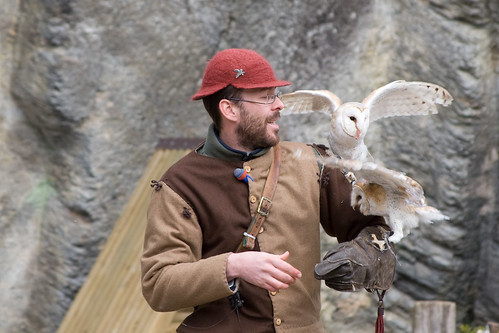 Our final stop in Belgium was the Orval Abbey, famous for its beer, cheese, and yellow stone ruins and new construction. The weather was spectacular and the boys had a great time playing some hide and seek in the ruins. I also had Matthew take a picture of our group to ensure that people would believe that I actually went on this trip. 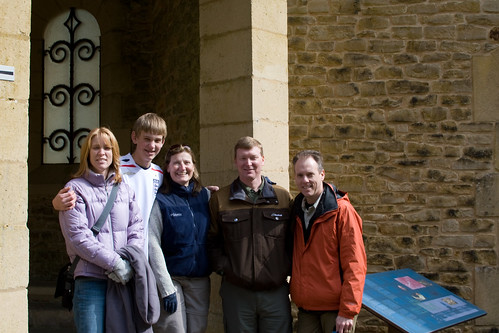 We thoroughly enjoyed wandering the ruins for a while and finished our visit at the gift shop where I picked up a 4-pack of beer with an Orval glass. 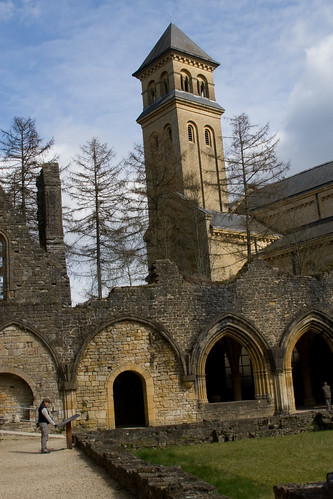 That's it for Belgium, the highlight of our trip for me especially when you consider the Bulge / WWII sites we were able to visit. That will be the subject of my next few posts, followed by a wrap-up of our visit to Reims and Paris.