Note: Check out the photo stream with more photos over at Flickr.

Wow, what a fun-packed and tiresome first day at BGG.CON. Jim and I started the day with a 4 mile run at 7:20am. While it was hard to not just start gaming right away, I think this keeps me in a better frame of mind the rest of day and it was nice to chat during the run to catch up with Jim. Breakfast was a few pop tarts and Diet Coke from the food mart across the street - we knew we had our 1 allotment of Denny's for the day so we opted for lunch instead. Breakfast of champions!

Check-in to the convention was on time and painless. Even though I got the "lesser" prize table ticket, I stilled scored a copy of Stonehenge so I was very pleased. There were great options and the table - better I think than 2 years ago so kudos to the staff and supporters for setting this up. 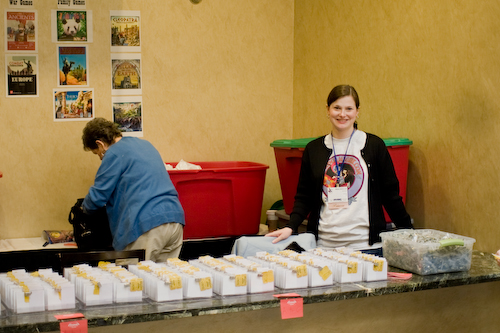 Derk and Aldie are very visible during the conference and it was nice reconnecting with them. 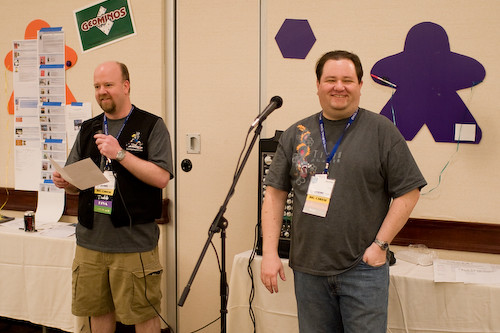 Greg Schloesser was very interested in trying out Brass - I was eager to comply and it always helps to have someone teach a game of this depth. We had a very observant non-player that pointed out a rule I was playing wrong, so I even learned something. When players supply coal or iron to the demand track they get paid from the bank according to the value slots they supply. Not sure how I missed this rule... 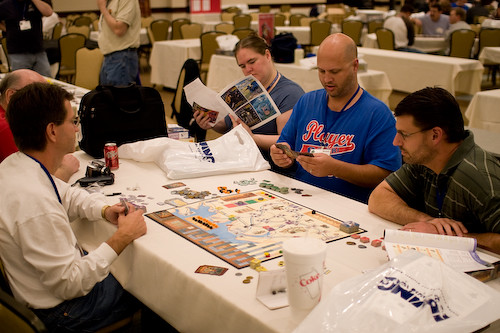 Even though I played several new Essen releases today, Brass remains my favorite of the show. I played better this time and pulled out a narrow victory and everyone was in the game until the end. Response from everyone was very positive.

Jim and I did lunch at Denny's and squeezed in a quick game of Cheapass' Agora. Not bad, but not great either. We played too nice and the game ended pretty quickly. 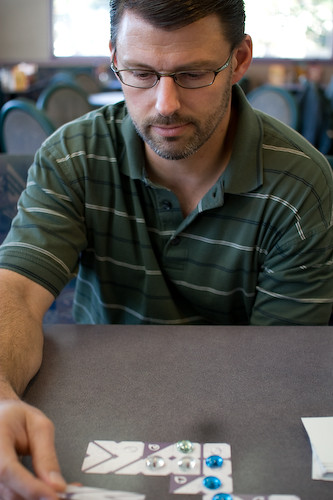 After lunch, Yehuda, Aaron Fuegi, Jim and I tried out the newish Mayfair / Phalanx game Before the Wind. This is not a sailing game - it is a traditional Euro market game that we played incorrectly. The English rules are poorly written (I assume the original rules weren't!) and the manner in which players draft and trade cards was not made clear. This lead to some very pathological behavior (but perfectly reasonable based on our interpretation of the rules) that extended the game to the two hour mark which is much too long for a game like this. Maybe I'll give it another try with the correct rules, but there are so many other options out there. 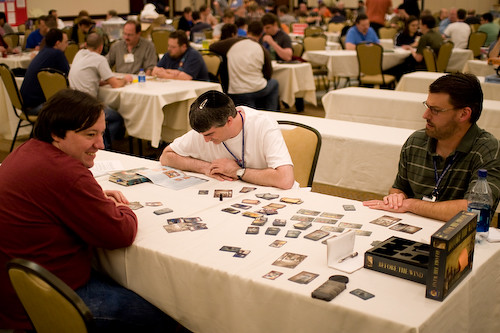 Aaron had a great come-from-behind victory with 53 points, and I was pretty close in second place with 46. We all thought Jim would get the win so fought hard to hold him back, allowing Aaron to sneak in. 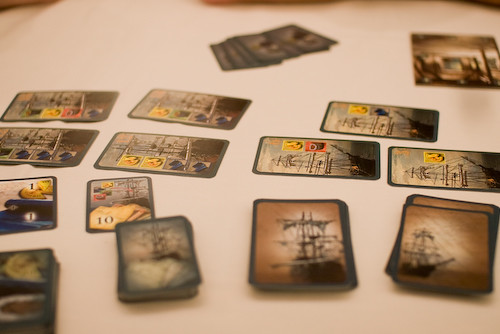 I pulled In the Year of the Dragon from the game library - this is supposed to be one of the better Essen releases from this year. It didn't disappoint, but the game is brutal! We all felt that we were playing poorly and unable to cope with all of the bad events happening, but I guess that's probably the way the game is supposed to feel. 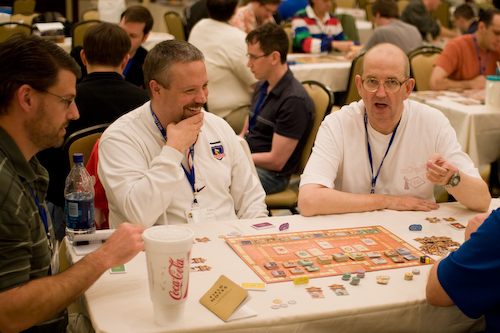 This is about as Euro / dry as you can get. There's a theme there I suppose, but the game felt very abstract but well designed. The mechanics are simple and the fact that you can see the events that will happen in the future makes you feel like you should have more control and planning ability than you really have. This is because competition for specific actions is tough when everyone knows what is coming! This game clocked in at about 1 hour 40 minutes and I won by a 1 point margin over Tim. 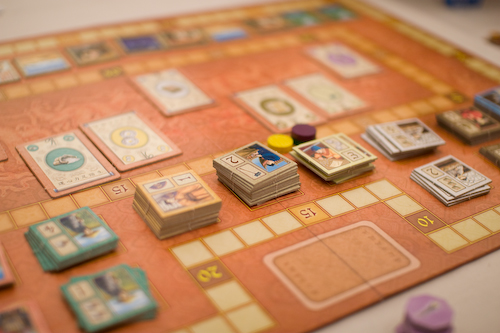 We ended the gaming night with a 4-player game of new Eggertspiele release Hamburgum. Jim Ginn, Kevin Wilson, and Eric Burgess joined me in the next in the "rondel series" from Mac Gerdts. This differs from Imperial and Antike in that there is no combat - in fact, there's very little direct player conflict. This is by far the most Euro-styled game in the series and it was a fun play that lasted about 90 minutes (and we taught ourselves). This was my second favorite of the day behind Brass.

It looks like the hit of the show is Agricola, so I'll try and get in on a game of that tomorrow at some point.