This will be another brief post - having a blast and don't want to miss out on any gaming!

I continued to play new games to me that were very good, including a few older releases. Thebes has been on my play and maybe buy list for a while ever since the new Queen games production was released. Doug and Mimi brought the original version out to Salishan last year but I wasn't interested - maybe the bits weren't nice enough? A shame as the game is quite good, and as Greg said to me - the mechanics marry the theme perfectly. 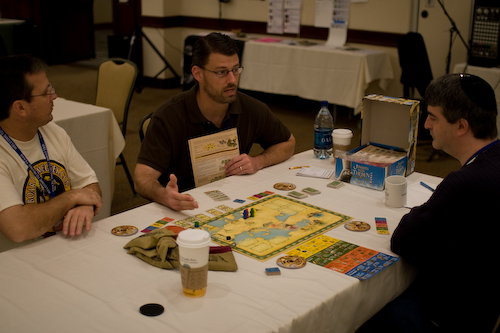 Each player is an archaeologists gathering knowledge to conduct excavations in ancient sites (Thebes, Greece, Palestine, etc.). Excavations are random draws from a bag - possibly too random for some people, but it was very fun and a quick play. This is one of the few new games for me so far that will go on my buy list. 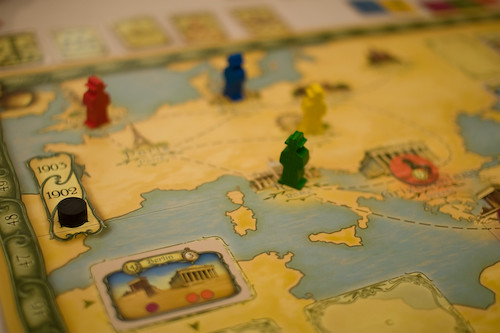 Jim and I then played a quick 2 player game of Fjords. This is a very fun game that reminded us both of Through the Desert. I'm not sure I'll ever buy it, but will gladly play the game any time. 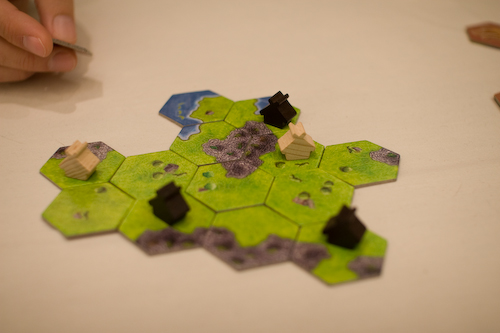 I ran a demo session of Carey's new design Bridgetown Races and it went well. Yehuda was very favorable on the game, and all of the comments were positive. I also got some good advice on possible mechanic and graphic design changes that could improve the game. 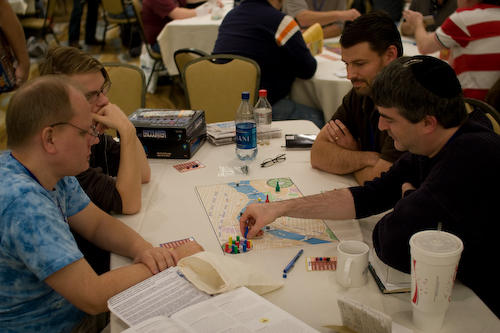 The big game of the day was Hannibal: Rome vs. Carthage. Jim and I taught ourselves how to play the game and played a nail-biter all the way down to the last card plays of the last turn. It was a 6.5 hour marathon that we played at an easy, learning pace but it was all good - we had no regrets taking so much time and it was a well contested battle. 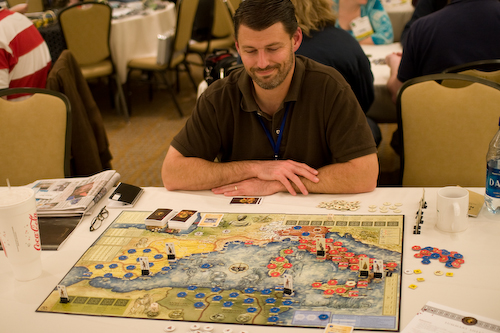 We each made very rookie mistakes but they must have balanced out perfectly as we went into the last 2 turns essentially even. Jim was able to lock up most of my troops in Africa which gave him the clear edge but it was still a nice chess game at the end. We also had some nice help from Aaron Fuegi (former WBC champ) that clarified some of the rules and showed us how poorly we were using our Generals. 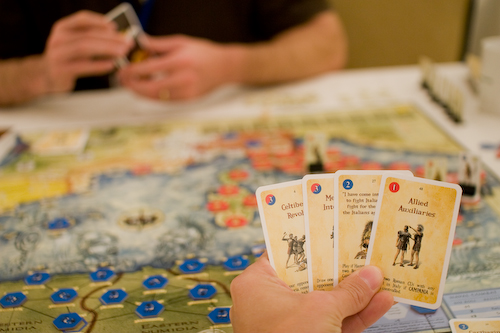 The evening ended about 2am with a game of Colosseum, the latest Days of Wonder release. This is a surprisingly big, heavy game that was good (better than I heard from reading other reviews), but that I doubt I would play much. There's a lot to process and plan for as you work to put on your shows - it made my brain hurt, especially given how late we played it. Still, Jeff and Jim really enjoyed it. 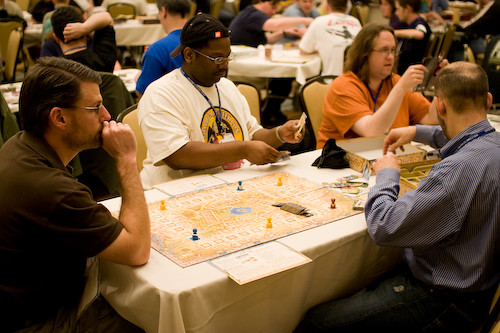