I've got a Flickr photostream setup for the Origins photos I'm taking… I'll just post a few photos here to highlight the games I played today.

I had a pure chance encounter with friend Jay Schindler, which was a very pleasant surprise. Last I heard about Jay he was dealing with some serious heart issues but is on the path to recovery and well enough to attend the convention. 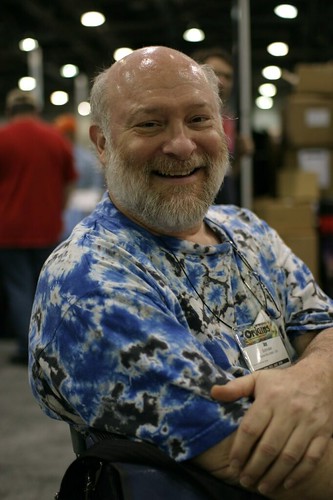 Jay and I sat down for a demonstration game of Cleopatra and the Society of Architects with Days of Wonder marketing guru Mark Kaufman. I was prepared to be let down a bit based on feedback of heard, but the game was quite fun (though we didn't finish). It is hard not to pick up each DoW game given the production quality, and I think this would get played at home. 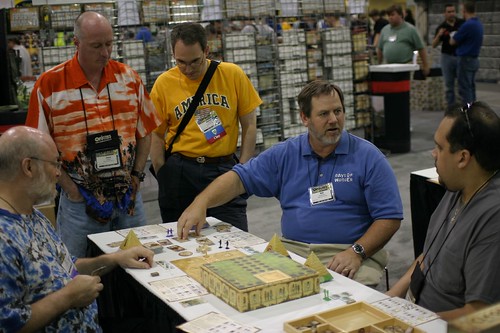 Saw a lot of Tempus being played. 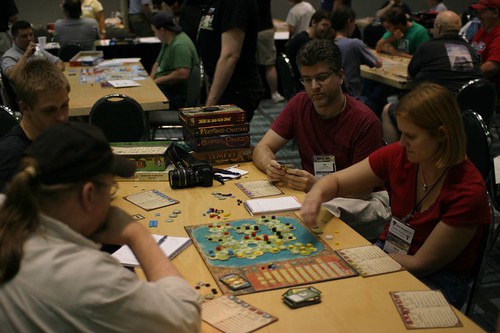 I hooked up with designer Kevin Nunn on the show floor. We played a prototype, had some dinner, and played a three-handed game of Ingenious. Another very tight game that was resolved by 2nd and 3rd tie-breakers (I finished last this time). 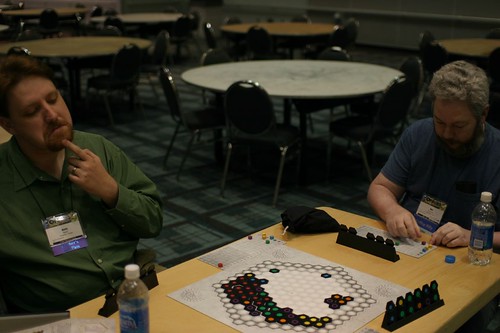 The guys from Northstar Games ran a very enjoyable Wits & Wagers tournament. My group (with Kevin Nunn and Rick Thornquist) was in the running after the first round but collapsed on the final question on the second round, taking us out of the running. Good fun though - this is a great party game. 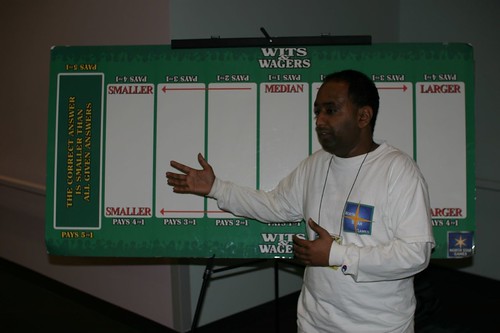 Last stop this evening was a prototype called North Dakota Cola War by JM Rasmus et al (JM gave our demo). This is an Americanized area control game set in the cut-throat soda industry of North Dakota. Very good game with some unbalanced special cards that we think can be fixed - we liked it enough that we want to try it again tomorrow. 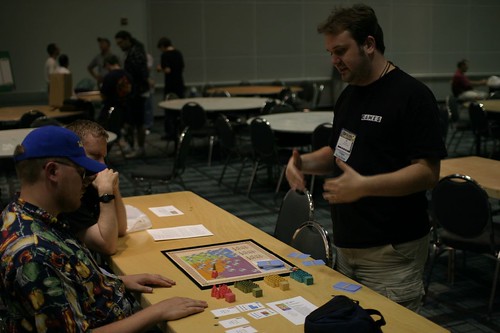 Overall it was a fun second day - I was working in the morning but managed to spend time from noon to 10:30pm at the show. The scale is quite a bit smaller than GenCon, which isn't necessarily a bad thing. The show floor, however, is much less impressive. Notably absent are the huge-scale setups from Wizards and Fantasy Flight. Tomorrow I'll enjoy about a half day there before flying back home in the early evening.