Saturday was the regional tournament for Chess for Success, the Oregon-wide organizational body for scholastic chess. Laurie and I chose our team from the top performers in the advanced and intermediate classes we teach at school (we also teach a beginner class with K-3). I knew we had a strong team this year and held out some hope that we could qualify for state (like we did two years ago), but knew the competition would be fierce. 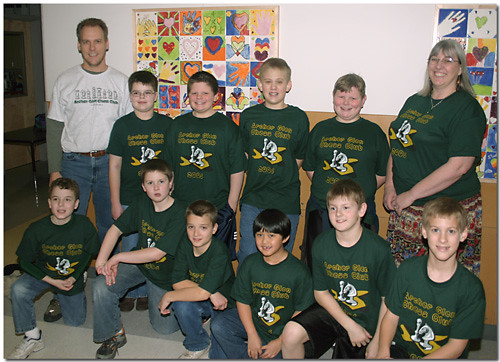 Our team was very well balanced and scored 14 points, good enough to secure a tie for 3rd place (out of 13 teams). No player scored below 2 points, and Jacob led the way with 4 points (out of a total possible of 5). Matthew continued his track of improvement, scoring 3 points. He's got two more years at this level and given how much he enjoys the game, I hope he'll be one of the 4-5 point players in the next two years. I was particularly proud that after losing his first two games he came back and won his final three. 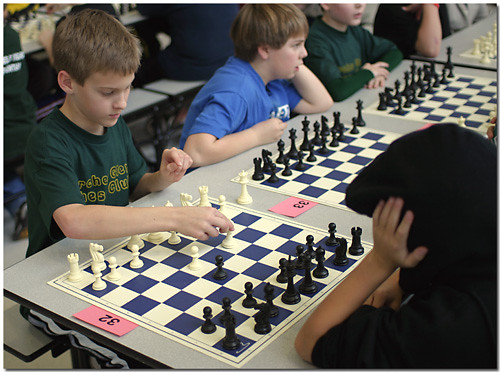 It was great having Jacob back this year after his illness last year. He suffered a loss in his third round but came back strong to finish as one of the top 10 players in the tournament (out of about 120). Next year he'll move on to middle school where things will get quite a bit more competitive.