Monday is a day of cleaning up, packing, and heading home. That doesn't mean we can't fit in a few games.

I woke up fairly early to watch the Iowa / Florida game. By halftime there wasn't much to see, so I moved back to the table to do my day 3 post and watched Ken, KC, and Rita play the Terrain Game. This game doesn't have the highest rating on BGG, but apparently KC has a variant that made the game a bit more playable. He promises to make a post soon on the 'geek with some more details. 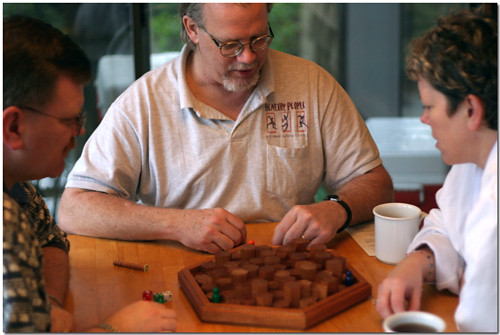 KC recently designed a kid's game based on the annoying but addictive flash animation Badger Badger Badger. It is a press-your-luck tile drawing game that the younger kids seemed to like quite a bit, especially Matthew. 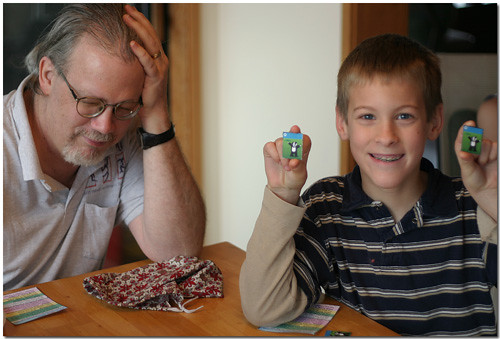 KC and I also played a nice little prototype of Kevin Nunn's Counter Spy game. This is the best two-player game prototype we've had and will very likely go into another round of play-testing with our local group. It has a CCG feel without the deck building aspect - lots of take-that and hand management. I've played four times so far and each game has been close with plenty of tension. 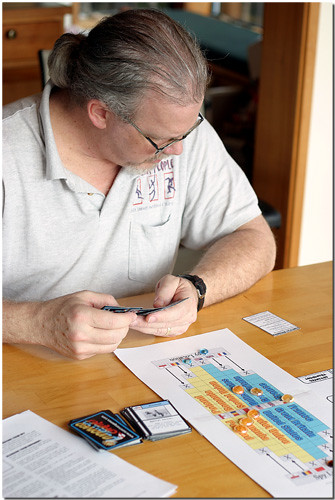 The final game played here for New Year's 2006 is of course Magic: the Gathering. The kids continue to enjoy their cards from Ravnica and we look forward to some trading from our sealed deck acquisitions to tune our decks a bit more. 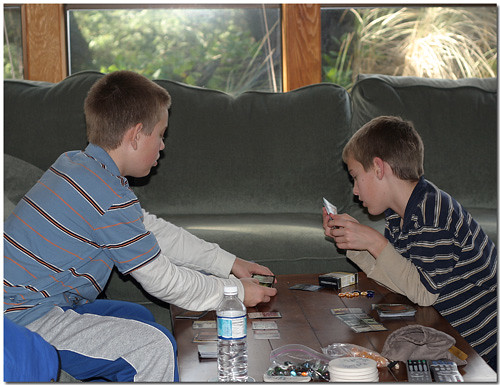