A stormy day at the coast means there's no good reason to leave the house. More gaming goodness.

I started off the day with a four-player game of Barbarossa with Julie, Ken, and Jacob. This is a great little game that offers a surprising amount of strategy and subtlety for what appears on the surface to be a light clay molding party game. The goal is to make sculptures that are guessable but not too easy. You can see in the picture below our 8 sculptures - take your guesses, and I'll give answers at the bottom of this post. 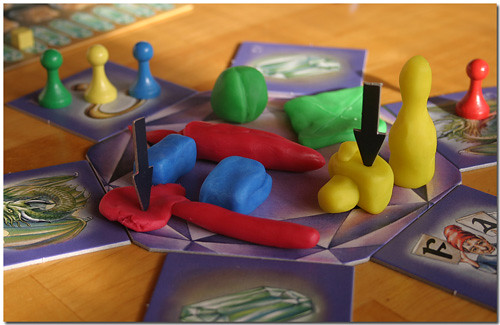 KC had a hankering to get out his beautifully produced copy of Tal der Könige. This is a pyramid building game that involves some interesting bidding mechanisms and movement-plotting and we enjoyed it quite a bit. Each player has two bosses that can bring workers to construction sites to build pyramids. The pyramids are built with blocks that are won in an auction at the start of each turn (blind bidding with tiles). After the auction, players plot moves for their bosses; this is where the interaction comes in. 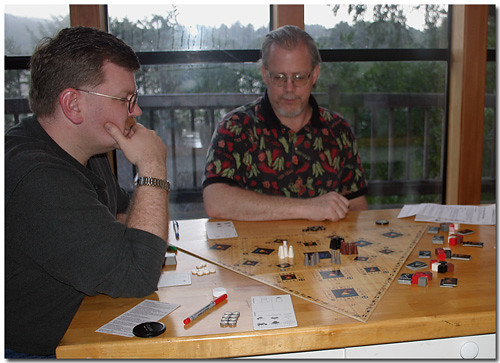 You can move your boss to another player's building site to steal building cubes from unfinished pyramids or, in special circumstances, steal the site from the player. We had a decent amount of conflict in the game and it kept the bickering and jabbing at a high but enjoyable level. There are defensive measures you can take to prevent stealing, but it is costly and can slow down expansion and building.

I went for the many-ugly pyramid strategy (not intentionally) and did decently, finishing second. Ken was left alone for the early part of the game and stayed strong enough to win the game. This is a great game that I'd like to play again. 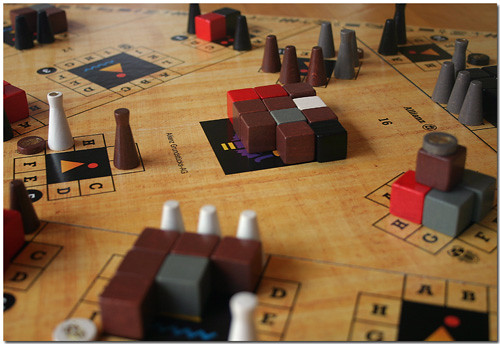 For mid- to late-afternoon, we engaged in a four-on-four Memoir '44 Overlord game. Ken and I took the commanding general roles; Justin, Brandon, and Matthew were my field generals for the allies while KC, Josh, and Jacob were Ken's field generals for the axis. We played one of the expansion scenarios, can't remember the name but it was July 1944 in France. 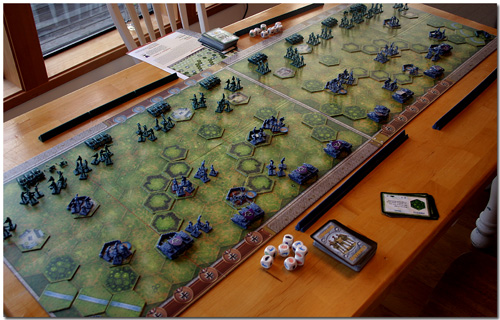 As the attackers we had to take some risks and try to capture some of the axis forward fortified cities. It was rough going and we lost 3-4 units in the process. The game stayed fairly even for the first hour, but once I put a time/round limit on the game (we have to eat dinner, you know!) the axis made a major counter-attack to try and get a point advantage before game end. Not only did they succeed in that, they accumulated all 12 medals they needed to win the game. Overlord is a great way to play Memoir and I think everyone had a great time. 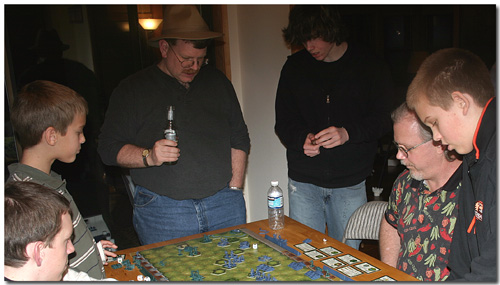 The kids went swimming for a while and upon return we had a small Texas Hold'em tournament. Ken was nice enough to stay with the kids and keep things in order.

All of the players stayed in for a surprisingly long time, but Matthew held his own in the end and won the final pot with a flush (two hearts in the hole). 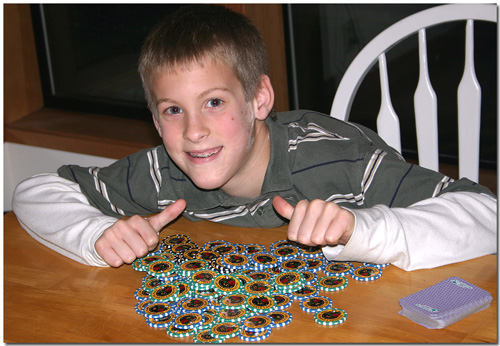 While the kids (and Ken) played poker the rest of us played some lighter card games. First up was Olympia 2000, a light game of olympic sports. The basic idea is you have a set of cards in your hand and you secretly choose an athlete to compete in the next event. Very much a luckfest, but there are ways to influence the direction of the game as you can try to finish last in an event which allows you to choose what the next event in the queue will be. Not my favorite game but a fun little diversion. 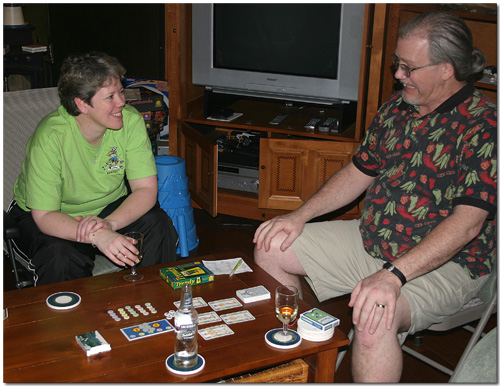 Julie was the champion in both games and was quite proud of her success. 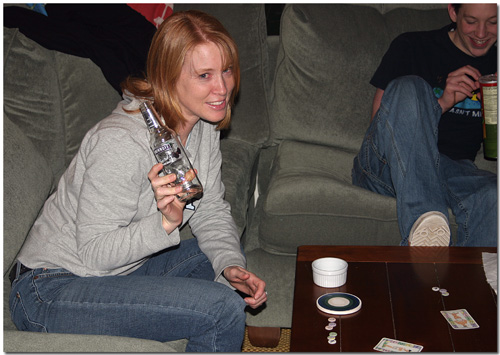 Next up was Trendy, the Knizia game of fashion and runway modeling. There's some nice balance in scoring and card counts and some great player interaction, especially in trying to shut down the leader. Overall a fun game and one I enjoyed quite a bit more than Olympia. Maybe that's because I won.

KC, Rita, Justin, and I also played another game of Tichu. This game is getting more fun the more I play - reminds me of my early years playing spades and how much I enjoyed the team aspect of that game. I'm improving but still very green on strategy, but the game has been a blast. 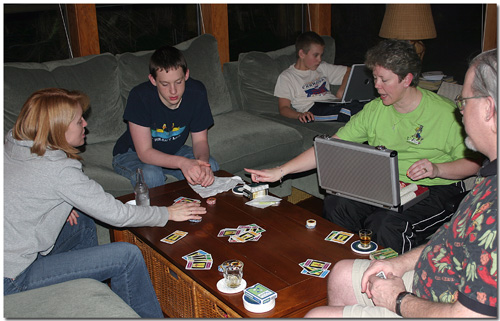 The final game of the night was Atlantic Star. This was a cheap pickup at Essen (about 10 Euro) and having played it I think it was my best purchase of the show. This was easily one of my favorite gaming experiences of the weekend. We played with six and this easily ranks as the best six-player game I've played. Plenty of player interaction, minimal downtime, and some decent but not too heavy strategy involved. 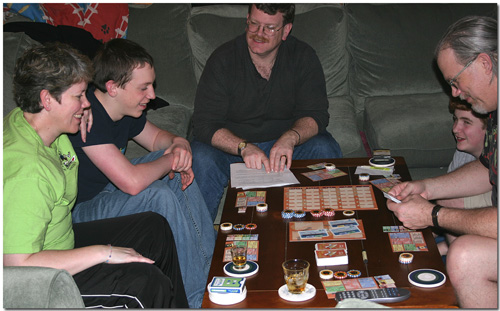 I did pretty well, finishing two points behind the winner KC. Everyone had fun and I think we'll see this game coming out again soon.