Day 3 begin with our departure from Tubingen and a drive back north toward Heidelberg. We planned for two stops along the way - Ludwigsburg Palace and the monastery at Maulbronn.

After some small challenges parking (we started by trying to drive straight through the palace gate, but the guard would have none of that and sent us over to park below the department store) we entered the palace grounds by about 10:30am. Note that this is a palace, not a castle. Think estate, mansion, playground with the mistress. The grounds were huge, and we only sampled a small part of it. The best comparison I can think of is Versailles, but not quite as baroque. 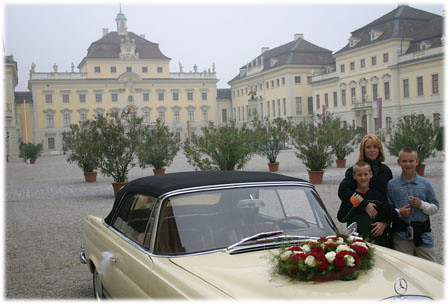 (Note: that's not our rental car in the picture above)

We took the English tour which was well worthwhile, and really the only way to see the interesting parts inside the palace. The guide was German-speaking but French, and her English was more than adequate for the tour. The back story is the most interesting part of the tour. 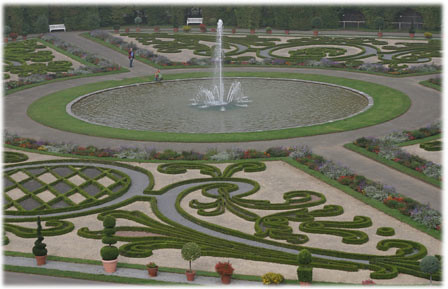 We of course had to check out the game section of the department store; while not quite as impressive as the game store I saw in Frankfurt earlier this year, it still went way beyond what you see anywhere in America but the niche hobby game stores. 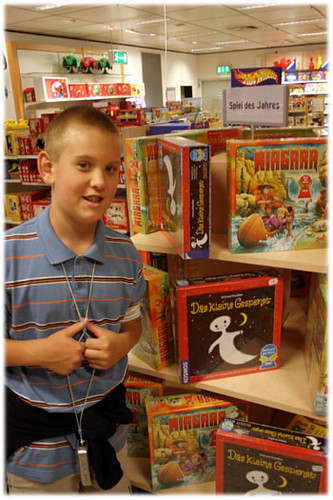 Next up was the drive to Maulbronn on the way to Heidelberg. 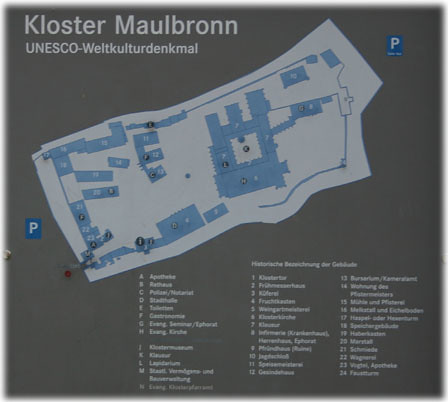 Julie and I greatly enjoyed the visit to the cloister; the boys were less impressed. I think Julie and I preferred the more subdued architectural lines and stark nature of the monastery, while the boys prefer the gaudiness of the palace. 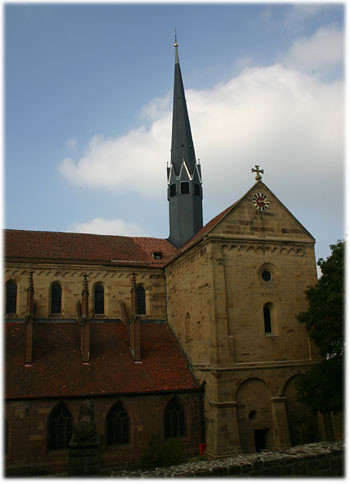 The name Maulbronn actually means "mule fountain", and the town is famous for the legend of its founding:

Where the Eselsbrunnen ("mule fountain") stands today is where the mule was reputed to have stopped and quenched its thirst at a stream. The monks saw this as a sign from God and it was there that they decided to build the monastery.

To this very day, the legend lives on in the name of the town (Maulbronn literally meaning "mule fountain"), the coat of arms of the town and the etching of the mule drinking from the water in the arched vault of the fountain house. 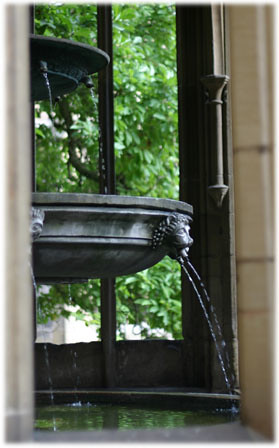 We finished the day with the drive to Heidelberg, which will be the subject of my next post.