All right folks, this one's coming at you photo-blog style. On Saturday Eric was able to join us for most of the day - proving that you can get in a solid day of gaming on the coast and still be home in time for SNL! 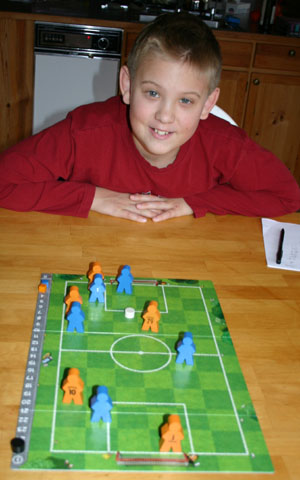 Jacob and I started the day with a game of StreetSoccer. This is a fine game - even better in real time I was to realize, having only played it before on LittleGolem. 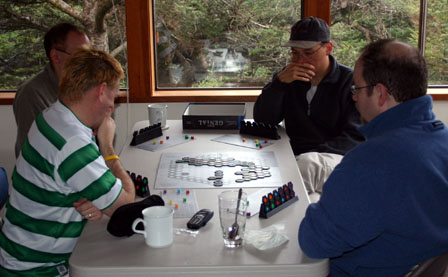 Mike, Dave, George, and Doug playing Einfach Genial. I've heard this can be a good 2x2 team game as well. 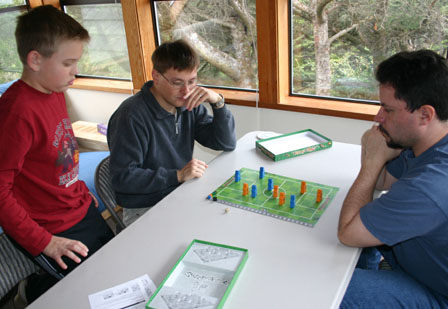 Jacob teaches George and Eric how to play StreetSoccer. 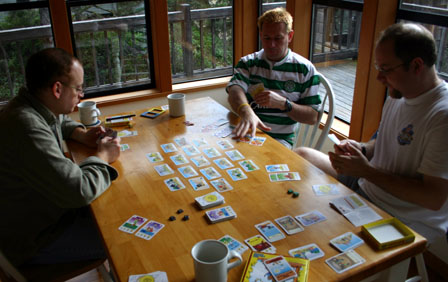 I've played Bohnanza the card game exactly once before. There have been a number of expansions to this game, and this day we tried Bohnaparte. This is a wargame variant that adds direct conflict between the players in addition to the traditional trading. I like the original better. 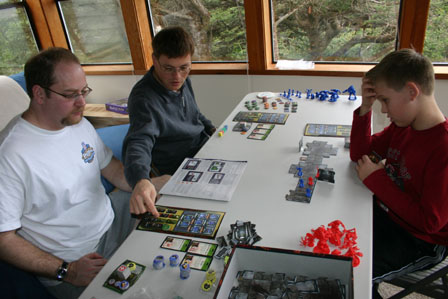 Jacob takes over as the GM and teaches George and Doug how to play Doom: the Boardgame. They played through the first scenario victoriously. 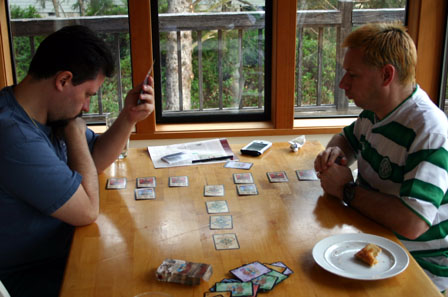 Eric and Mike try out Tortuga, a pirate-themed card game. Opinions were unfavorable on this one, but the cards sure looked nice. 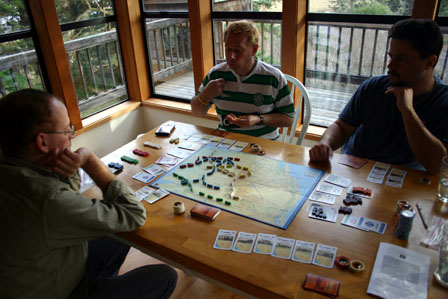 Next out was Santa Fe Rails, another Alan Moon train game (this one is pretty popular this year). I believe Dave pulled out the victory in this one with me a close second; maybe it was the other way around. The key to this game is certainly collecting enough city cards to score; if you focus too much on scoring via connections you may end up wasting opportunities to collect cards. 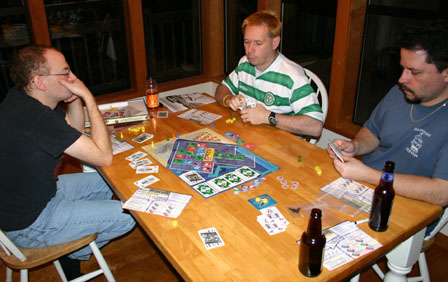 Time for Mall World. I wasn't sure what to expect in this game - it is fairly complex and I didn't quite get what was going on until about halfway through the game. Dave spent most of his time trailing but surged ahead at the end. There's something in this game that I liked and I do want to play again - it has some interesting mechanics and the theme is solid. 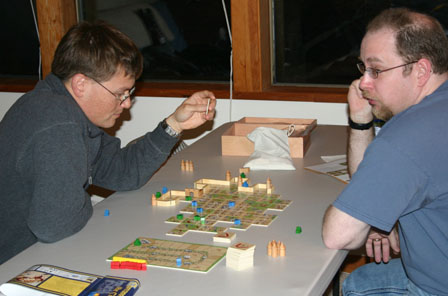 George and Doug playing Carcassonne: the City. More on this game later. 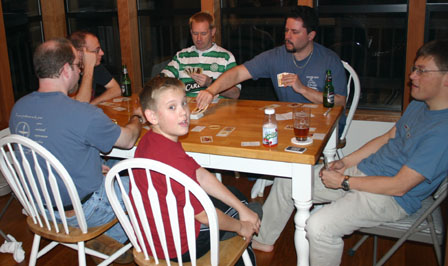 We wanted to do at least one game with everyone, so that of course meant Bang!. I, the loyal deputy, was shot down by my very own sheriff. I believe Mike was the renegade and won the game. 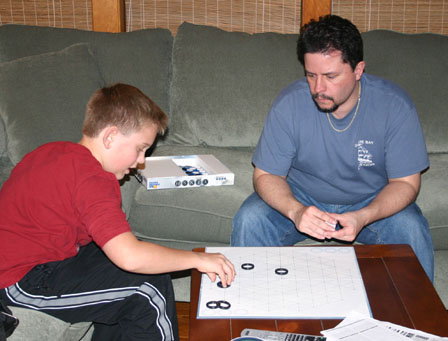 Player elimination begets side games, so Eric and Jacob take each other on in Yinsh. This was a first play for Eric and Jacob squeaked out a victory. 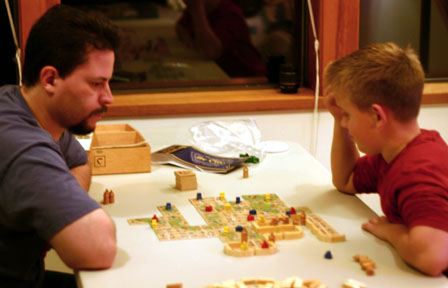 Once I was eliminated from the Bang! game, Eric, Jacob, and I played a game of Carcassonne: the City. This is my favorite Carc game yet - much more strategic and with the coolest bits I've seen in a while. 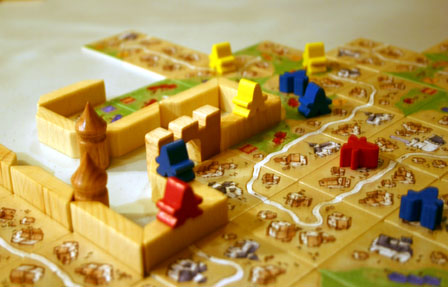 The bits look nice enough on their own, but as the walls get built out around the city you feel like you are playing with blocks. Mike and Dave challenge each other in Blue Moon. 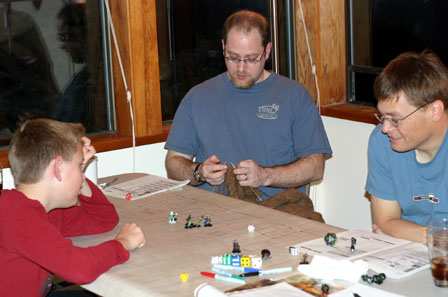 Some folks in the group had expressed some interest in some RPG action, so I volunteered to DM a game of Dungeons & Dragons, 3.5e. We played for about 3 hours total, which is hardly enough time to get very far. We had some fun roleplaying action and plenty of laughs. 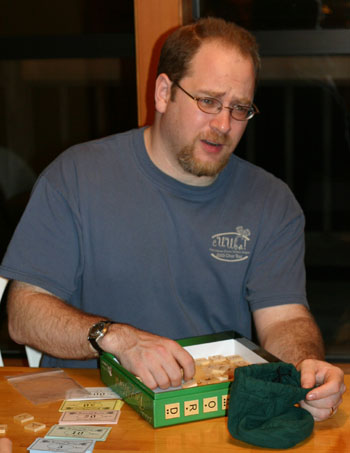 To close out the evening we played Buy Word. I didn't think it was nearly as bad as Doug is indicating.