KC, Rita, and I ran two playtest sessions here in Portland in November. Our goal was to get feedback on four of KC's designs and narrow down a list of publishing possibilities. We had a great turnout, solid participation and feedback, and we now feel ready to move to the next step with one or two games, which is blind playtesting. The following is a photo journal of the two playtest events. 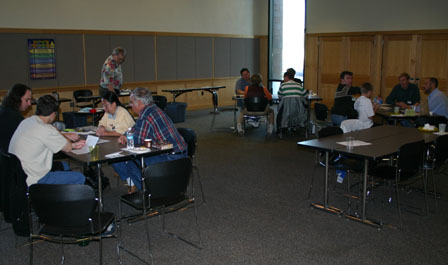 The first event, held on November 6, was at the Midland Library on Portland's east side. This is a fantastic location for gaming and we plan on using it quarterly with our regular gaming group. The event was from 10am - 6pm and we had 12 playtesters attend. The second event, held on November 13, was held at my home with about the same number attending. 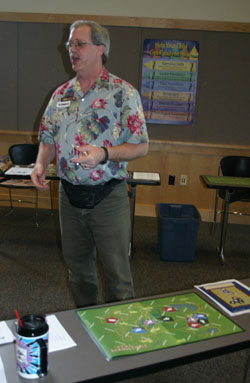 The day was fairly structured, divided into four sessions with KC teaching the game followed by a play of the game. Each player would then fill out a feedback form on the game. KC and I would stroll around jotting down notes on suggestions and complaints mid-game. 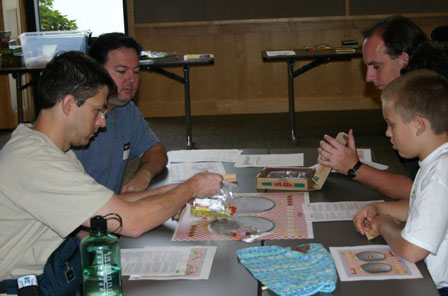 Pizzza was the first game tested each event. This is a lighter family game where players have secret recipes and try to build pizzas that maximize the scores of their secret ingredients. 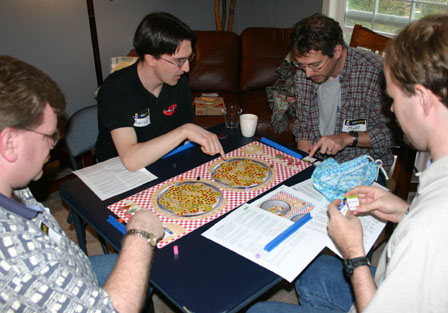 We made some changes to the board layout before the second week, putting the ingredient scoring tracks closer to their respective pizzas. 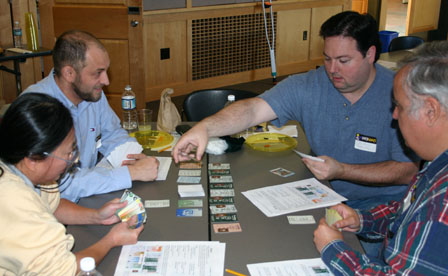 Havoc is the most strategic of the four games, and my personal favorite. This is a poker/rummy style card game where players fight in a series of battles. Strategy comes into play as players decide what battles to fight and what battles to avoid. 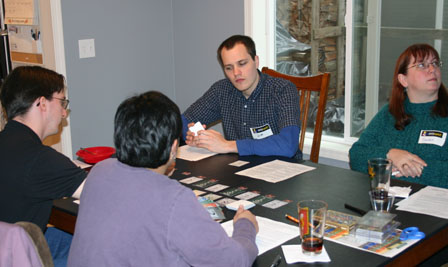 We tweaked the rules for the Dogs a bit in the second week of testing as they seemed a bit too powerful. Dogs, which are wild-colored zero rank cards, allow players to take cards back from the battlefield after a battle is resolved. 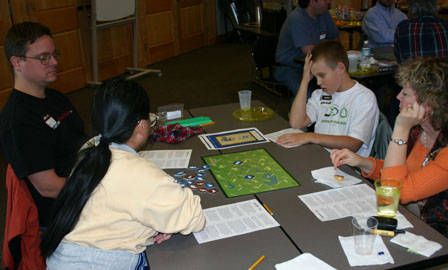 Northwest Trek is a tile-laying game where players try and collect snapshots of animals in a nature park. The original version of this game uses Cairo tiles, which creates a very distinct geometry but can create some confusion when orienting tiles for placement. 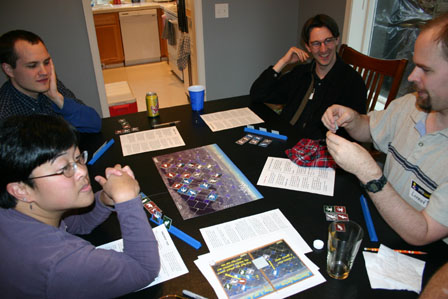 Ever the adjuster, KC made some more tweaks for week 2 and tried an offset square-tile version of NW Trek which rated much higher relative to the other games than in the prior week. 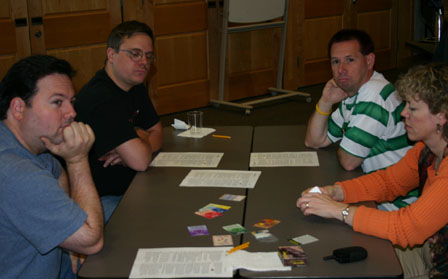 Tres Amigos is the lightest of the four games - a trick-taking game with some similarities to euchre. The game is a blast to play for those that like games in this genre. 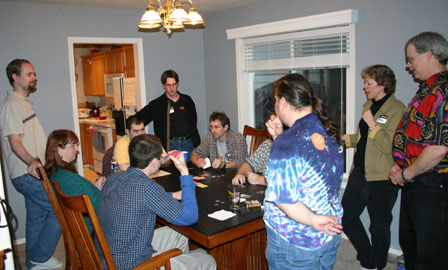 There was a great finish to one of the games in week 2 - the last hand was played with at least three players in striking distance of a victory.