Julie, Jacob, Matthew, and I sat down for a game of Piratenbucht this afternoon. It was a busy day with other activities, but with 3 hours free in the afternoon it sounded like a great idea. This is probably our most played family game with all four of us - a fun dice fest with a great theme.

My strategy was mostly avoidance of the other players, and it worked out well. I didn't have to fight anyone until I had built up my ship, and then I couldn't lose. I raced out ahead in fame points and quickly became a target for everyone else. I also didn't make any friends by tipping off the Royal Navy... 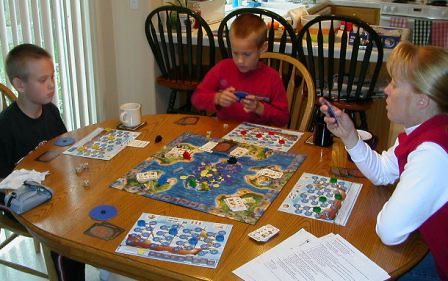 Jacob had terrible luck - if he wasn't fighting a stronger player, he had to face Blackbeard. We play with the variant where Blackbeard moves either 1 or 2 islands after the players have moved, so you never know where he's going to end up (though he is easy to avoid). Sometimes you just really want to get that treasure on an island where he may be headed though.

At game end, I thought I had it wrapped up - an eight point lead on the closest competitor (Julie), with only tall tales to reveal. I only had one (I discovered Atlantis), but Julie racked up 10 points! The picture below is where Julie revealed that she was, in fact, Blackbeard all along. 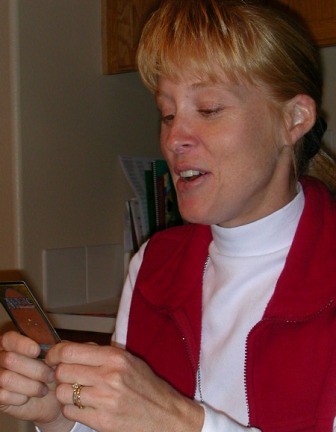 We were running out of time, so we declared me the winner since I had more gold. I think we were supposed to fight another head-to-head battle, which she probably would have won.