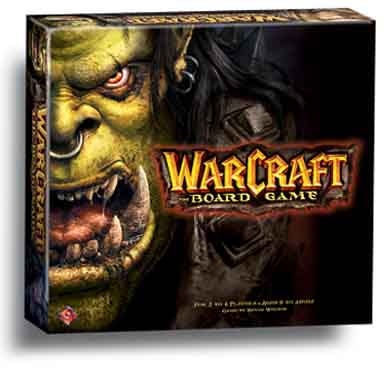 This has the potential to be very cool. Fantasy Flight and Eagle Games seem to have have struck a resonant chord with their recent introductions of computer game (and novel) inspired board games. The licensing costs must be very high, but clearly the economic model seems viable (I suspect they project based on Lord of the Rings Boardgame sales, which have been very high).

Fantasy Flight has also posted an article on the making of the game, which gives some insight into the gameplay. And, like Eagle Games, Fantasy Flight has been kind enough to post the rules to the game in advance of the release. At first glance there appear to be some similarities to Age of Mythology, but also some key differences: