What a gem of a town and a gem of a course. My partners called it the “poor man’s Pebble Beach.” 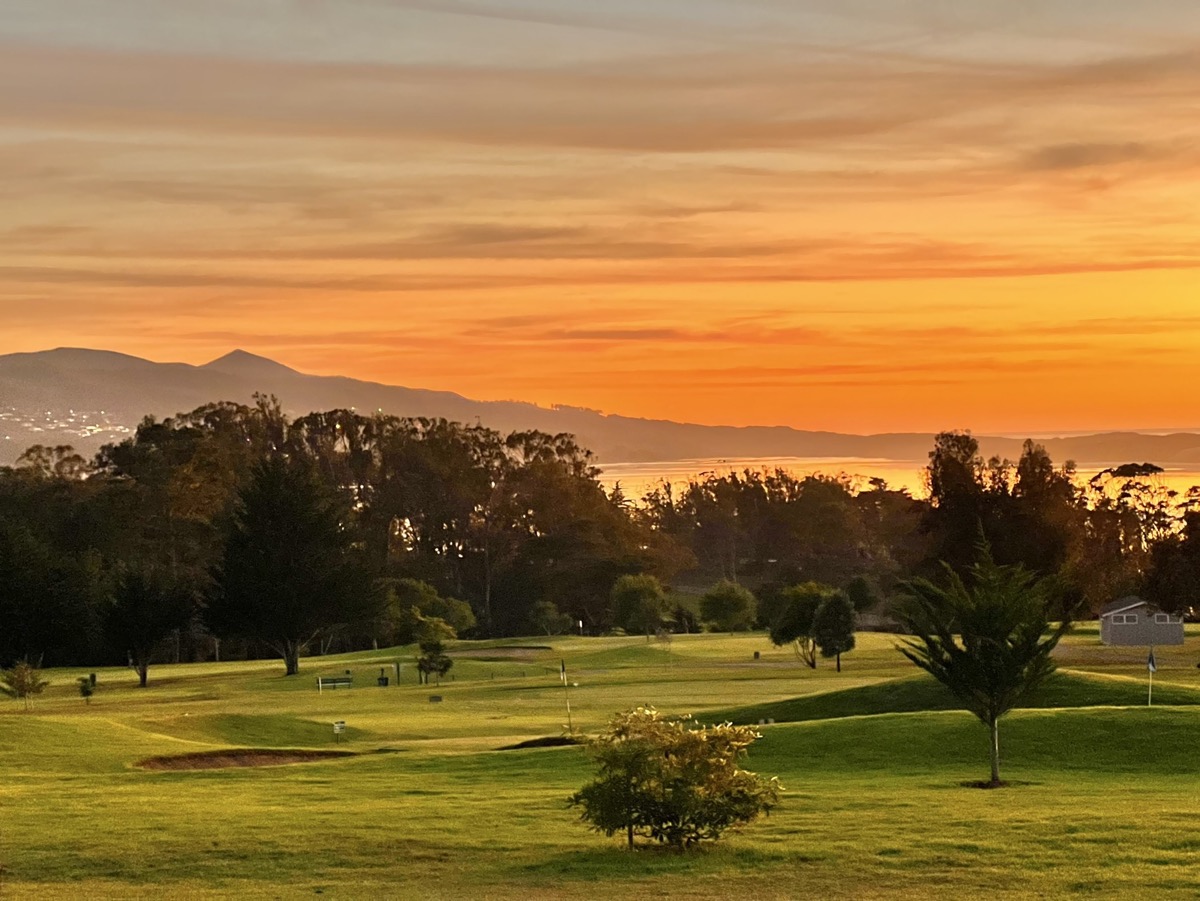 I played a discounted twilight rate of $20 walking, teeing off just after 2pm. This was barely enough time to finish, which I did as darkness blanketed the course. I believe I was the last one in. 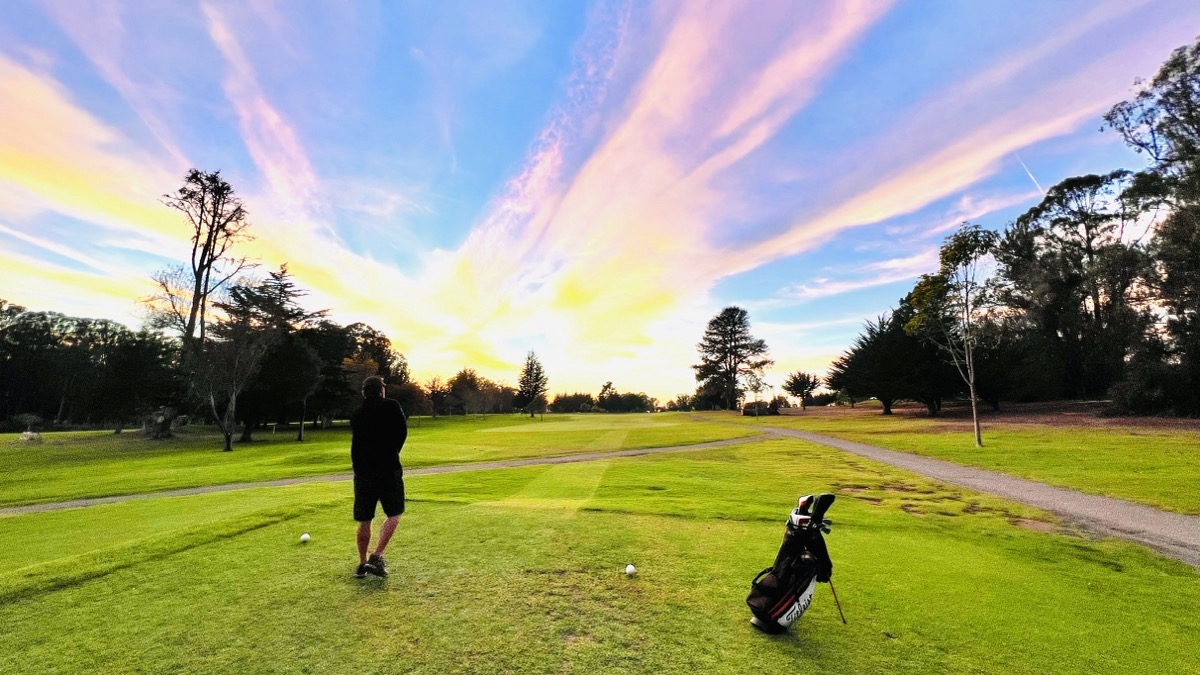 One of my playing partners teeing off

My only complaint was a known concern: the greens were shaggy and bumpy because they aerated last week. Tee to green was amazing. What a value.