Our planned retirement of the vintage 1959 Flying Dutchman sailboat happened sooner than expected. 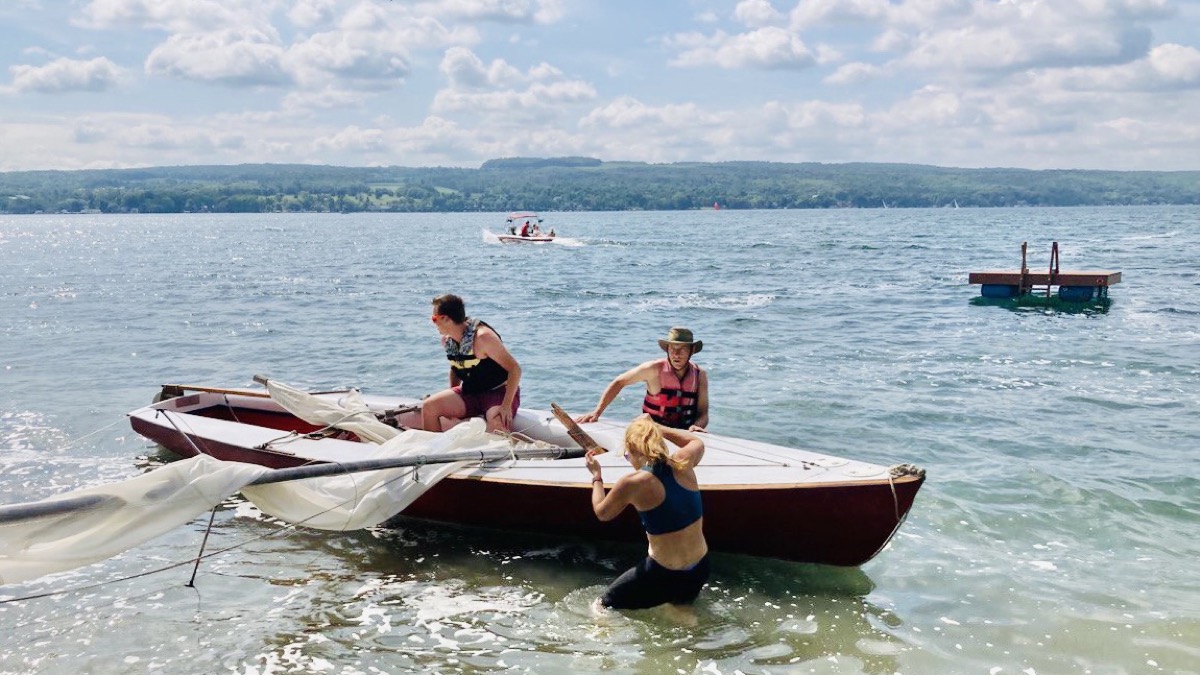 The final rescue of the Jifaroo

We had nice wind this morning so Jacob and I quickly rigged her and set sail. Today is his last full day at Keuka this summer and this would be his last sail on the Jifaroo. Jacob took the helm and after our first tack I was preparing to go out on the trapeze given the steady strong wind. Just as I was about to click in to the harness I heard CRACK and it felt like boat was going to snap in half. The windward side stay had failed and the mast came down perpendicular to the boat, snapping the wooden mast support. The boat just stopped. Didn’t even take on water.

There were a lot of boats around us so rescue wasn’t hard to come by. As we gathered in the sails we spotted an eye bolt casually laying right in the middle of the main. This was the culprit: the eye bolt holding the port side stay in place had sheared in half.

Jacob thankfully was out flying his drone two days prior and captured footage of Julie and I sailing. Technically not the last voyage of the Jifaroo, but close enough:

We have a new boat arriving in about a week. For once we had planned for obsolescence.