One big downside of living in a van throughout the winter months is a lack of wargaming.

Even when I left Oregon and lost my regular face-to-face opponents, I always had at least two real-time VASSAL games going on. No we rarely know where we’ll be in two or three days, so scheduling live sessions is impractical. But I still really wanna play wargames.

Two solutions in flight for me:

I decided to dive into a full SASL campaign using the built-in campaign rules. Instead of purchasing your starting units with the DYO rules,

In a SASL CG Mission the player commands an Infantry company (based on historical records and adapted to ASL scale) of the selected FRIENDLY nationality.

What fun! Here’s what I decided on for the players and setting:

I chose the U.S. parachute infantry company, because why not just do a Normandy campaign with the Band of Brothers. I followed the SASL randomization process for selecting the first mission, and in hindsight I wish I had just chosen one because I got this:

Uh oh. This is going to be a serious slog. I also rolled up boards 20 and 3, which mean super dense buildings on the city board and lots of potential units. The only good news for me is that I get an attached three attached combat engineer squads with some demo charges and a flame thrower, plus a kick-ass leader. Sticking with the theme, I guess we call this city Carentan.

Here’s what I need to take: 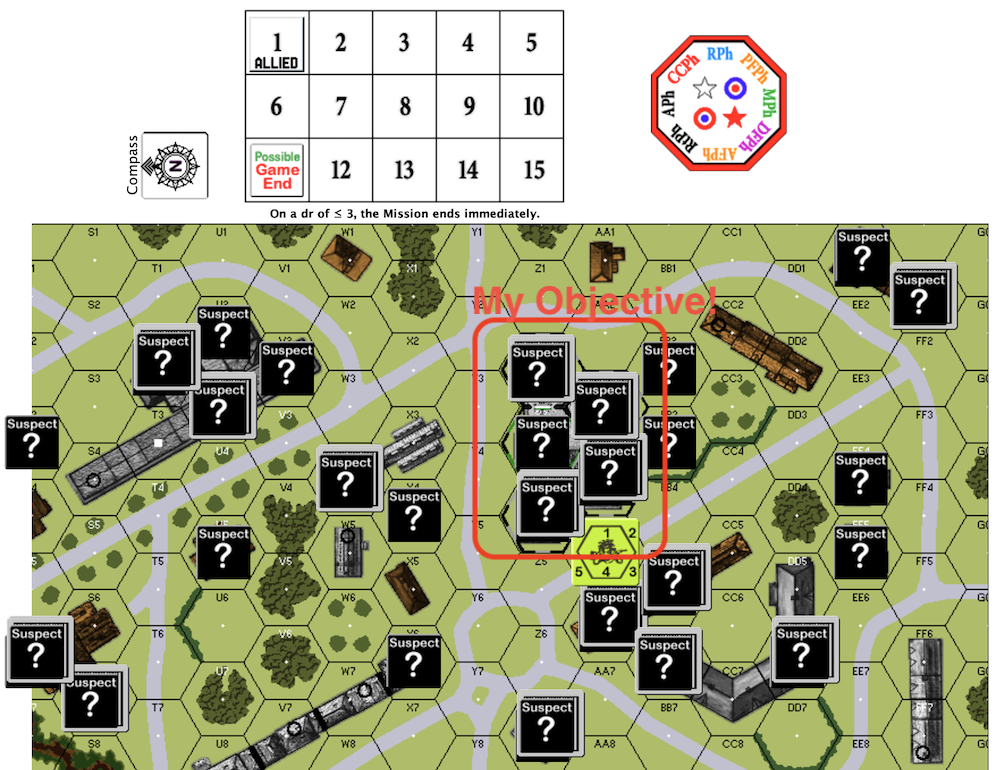 My objective in Carentan

Suspect? (S?) markers indicate a potential enemy unit that isn’t known and gets activated through certain dice checks. A lot of them on the board means a lot of work to do. Oh, and that building I need to take is fortified and the occupants are fanatic.

I guess there is more good news. Given the density of buildings (“built-up mapboard”) on each of the two boards, the rules state that you go back to each building location (which got an S? marker) and roll on table A9e to potentially remove some of them. The dice were in my favor on the village entry board as you see here: 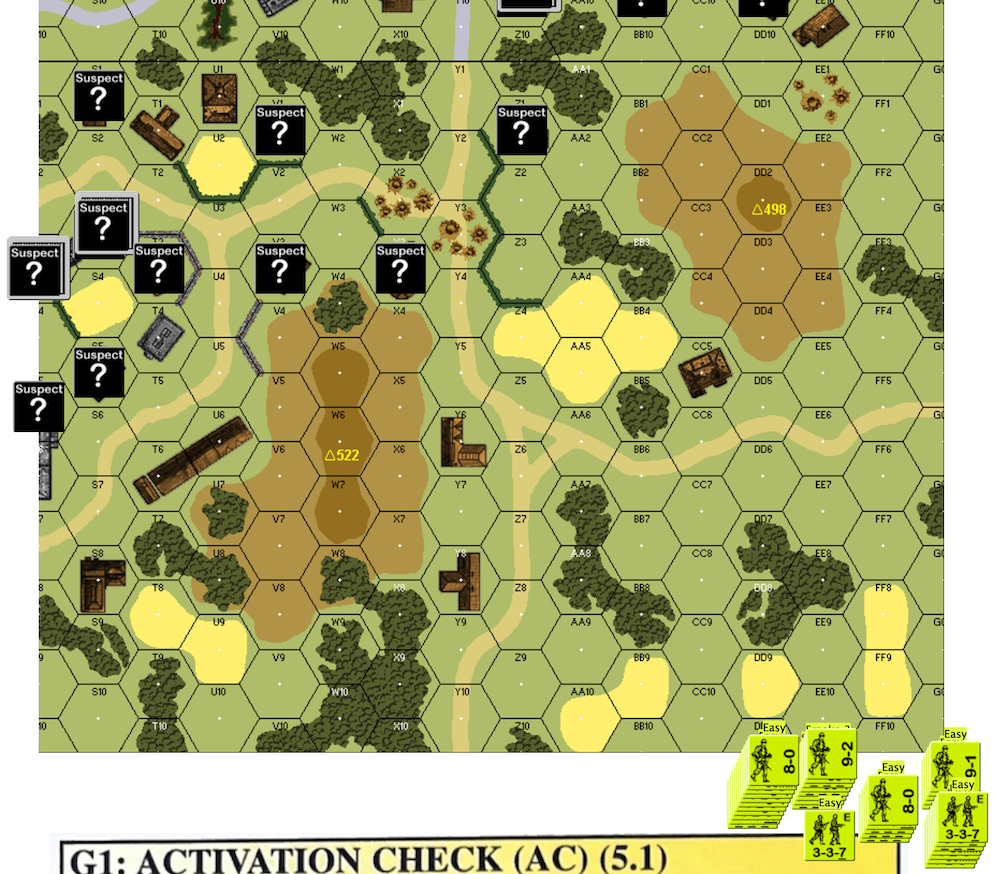 I have no obligation to clean up the units in the north (left) side of the village, so it looks like I can mostly race across the first board and come around the hill to start attacking the fortress itself. This scenario will end at the earliest on turn 11 (I don’t think I’ve ever played a scenario longer than 8 turns) and I need to achieve nothing short of complete control of all locations in the fortress. This might take a while!