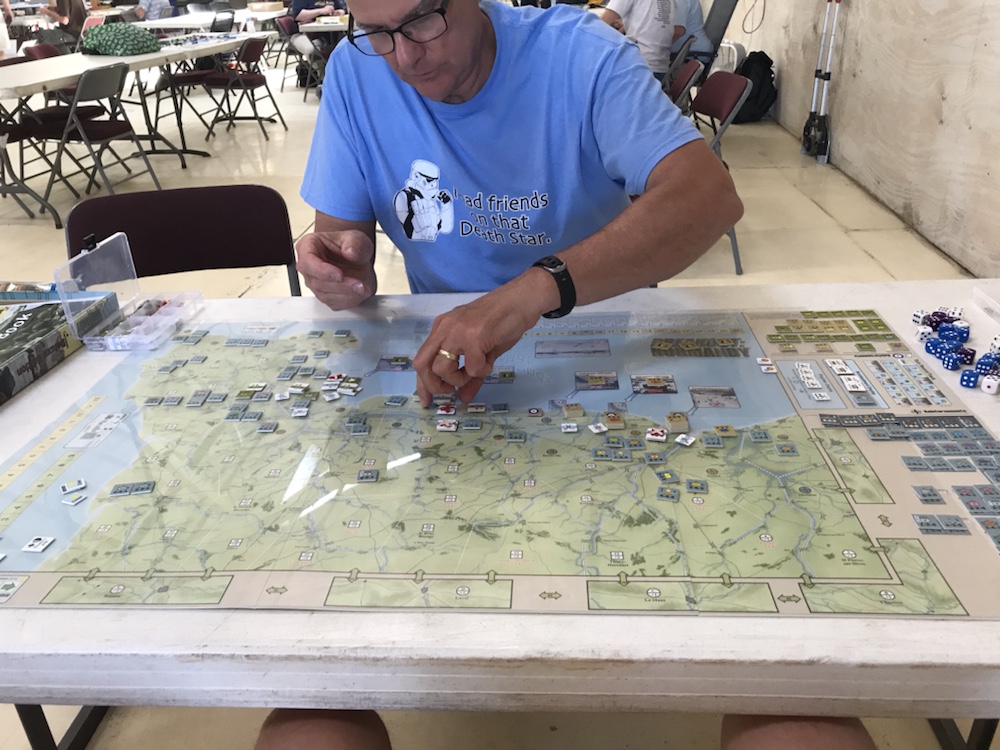 Julie and I worked out our return from our long hiking and backpacking trip to pass through central California so that I could (again) attend the GMT Games weekend at the warehouse event. Despite the very high heat it was a fun weekend with several new-to-me games played. And I bought a couple of games during the attendee special sale on Saturday.

My first game was Breakout Normandy with Steve. I played the Germans while my experienced opponent took the Allies, which I think would have been rougher for me to try on a first play. I got schooled in a fun way, losing Carentan was the final straw. Steve is working on a modern war version of the same system set in Iraq and I'm hopping to play test soon. 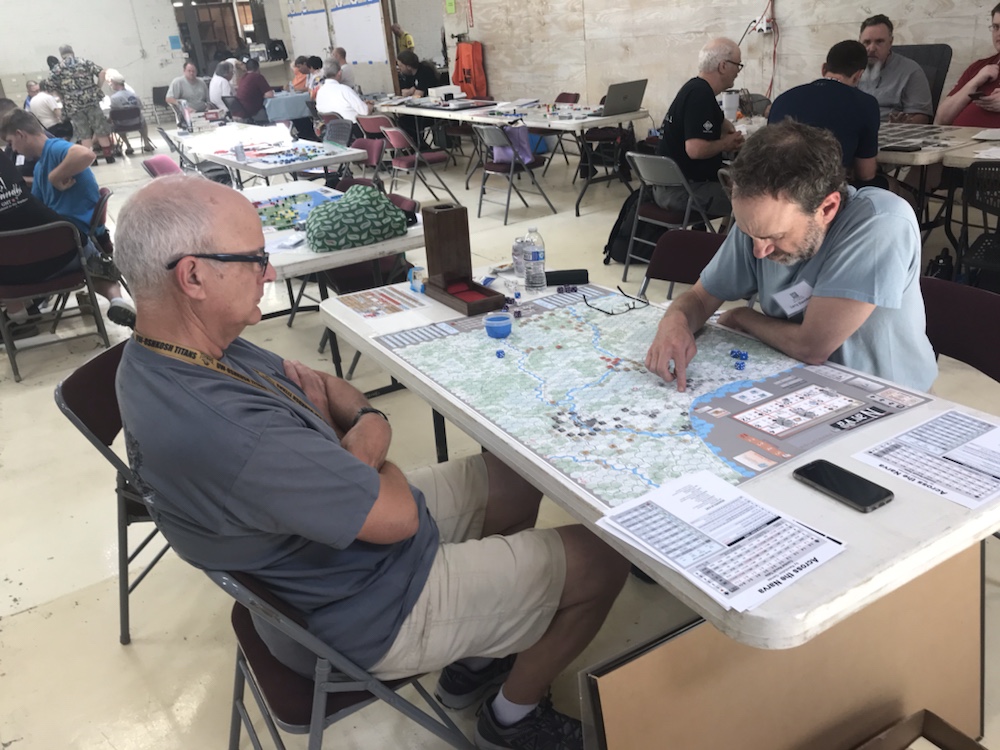 On Friday Steve played Across the Narva, a chit-pull game at in the late east front of WWII. 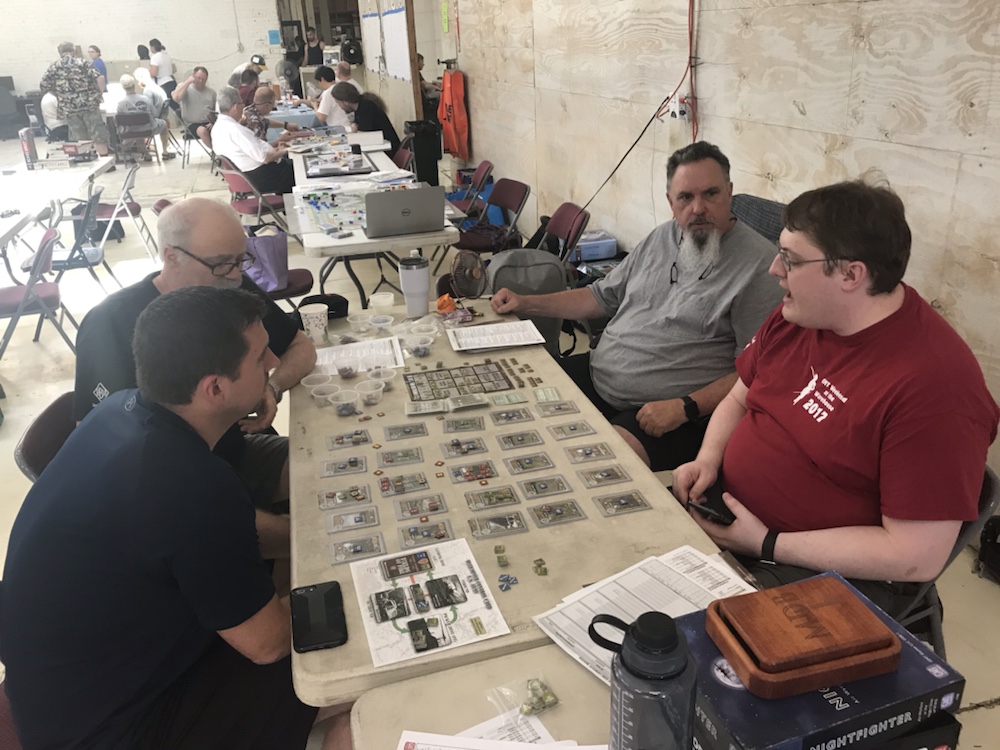 Allen and others played a four played a cooperative game of Fields of Fire. I'm so conflicted by this game, having played twice but always reluctant to bring it out as it seems more like work than fun. 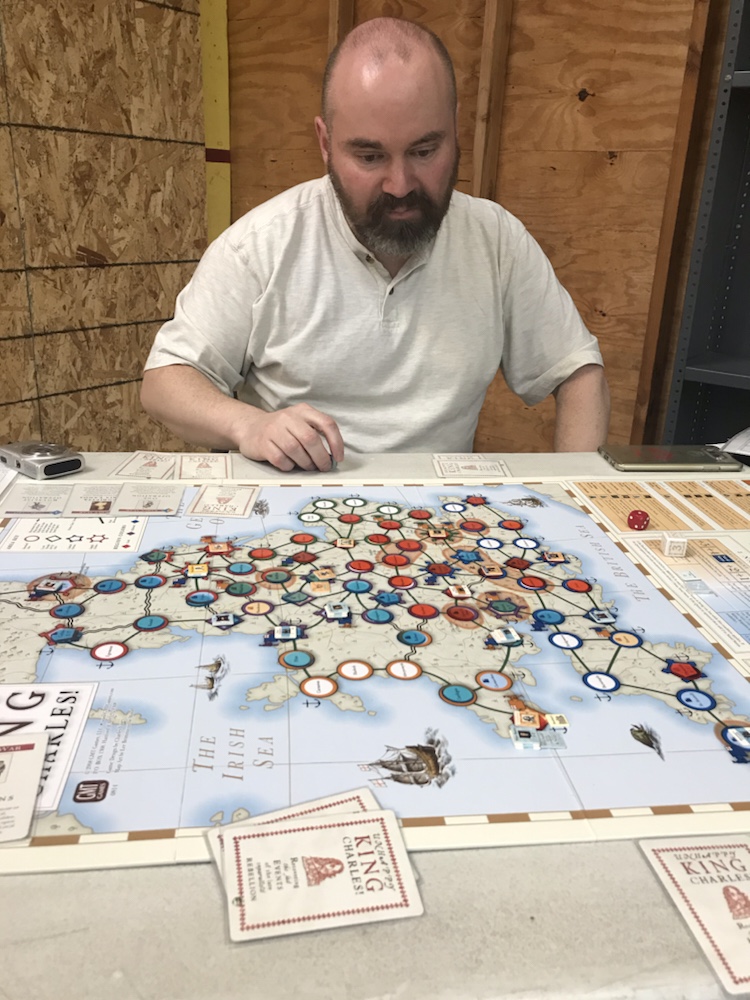 After an early morning game of Combat Commander: Europe (Resistance) I spent the rest of Friday playing Unhappy King Charles with Tim. This was an eight hour game resulting in another loss for me, but Tim was very patient in teaching and I held my own until the final year. 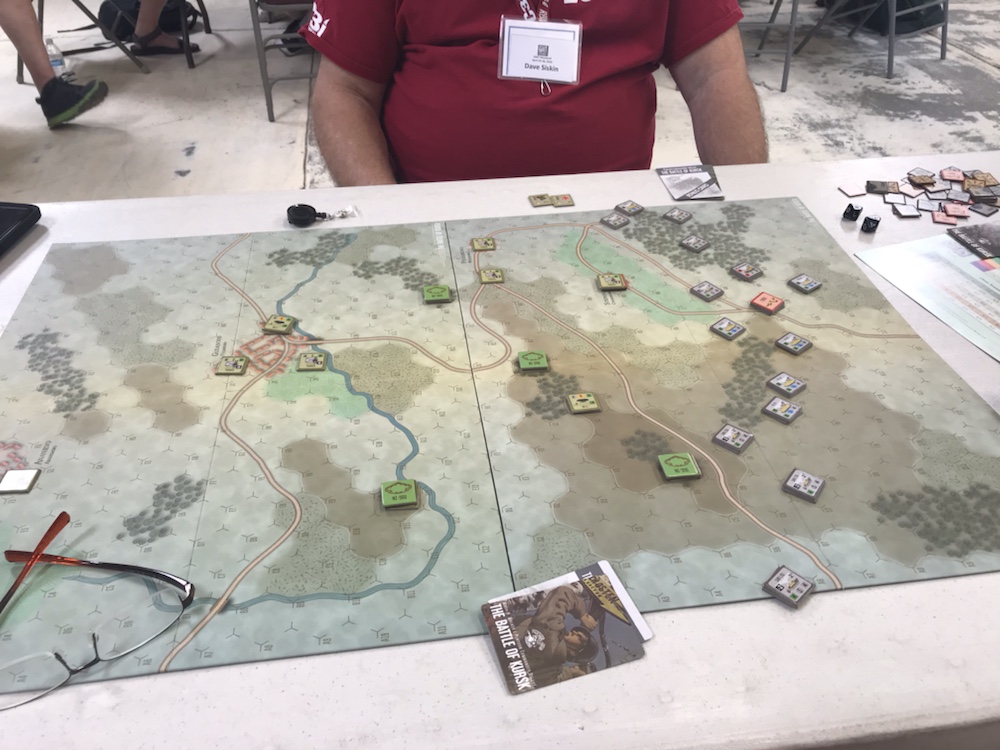 A surprise hit for me was The Battle of Kursk, a game in Mark Walker's Platoon Commander series. 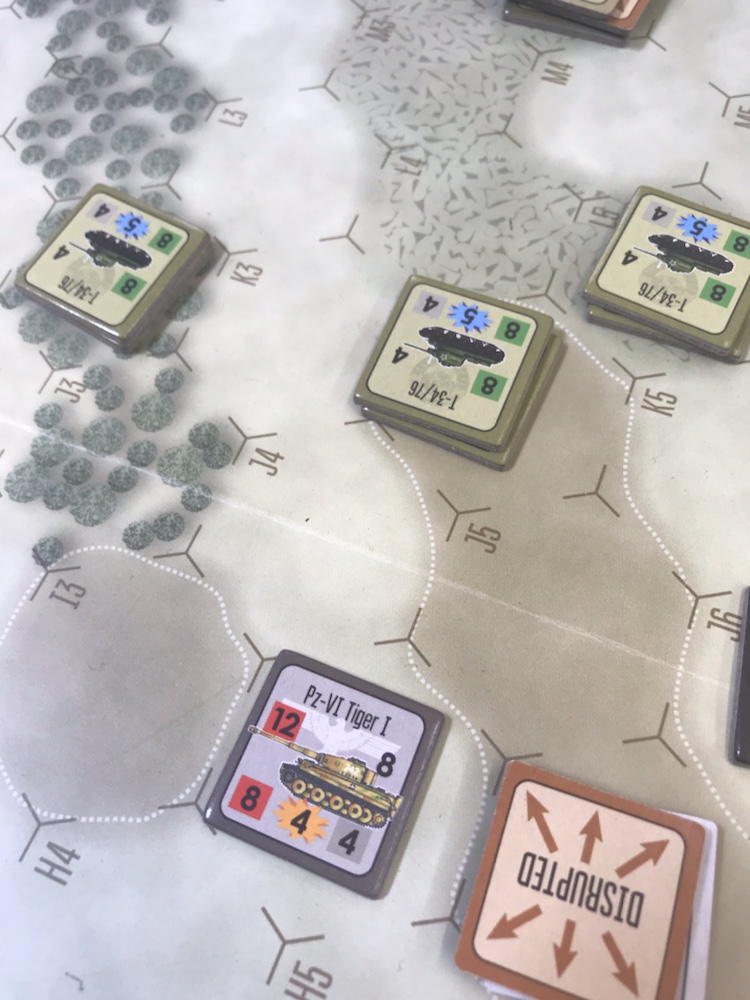 Very nice components in this game and just a few minor rules issues. I have a magazine game in this series (Poland Strikes!) that I'm bringing with me to Keuka Lake this summer. 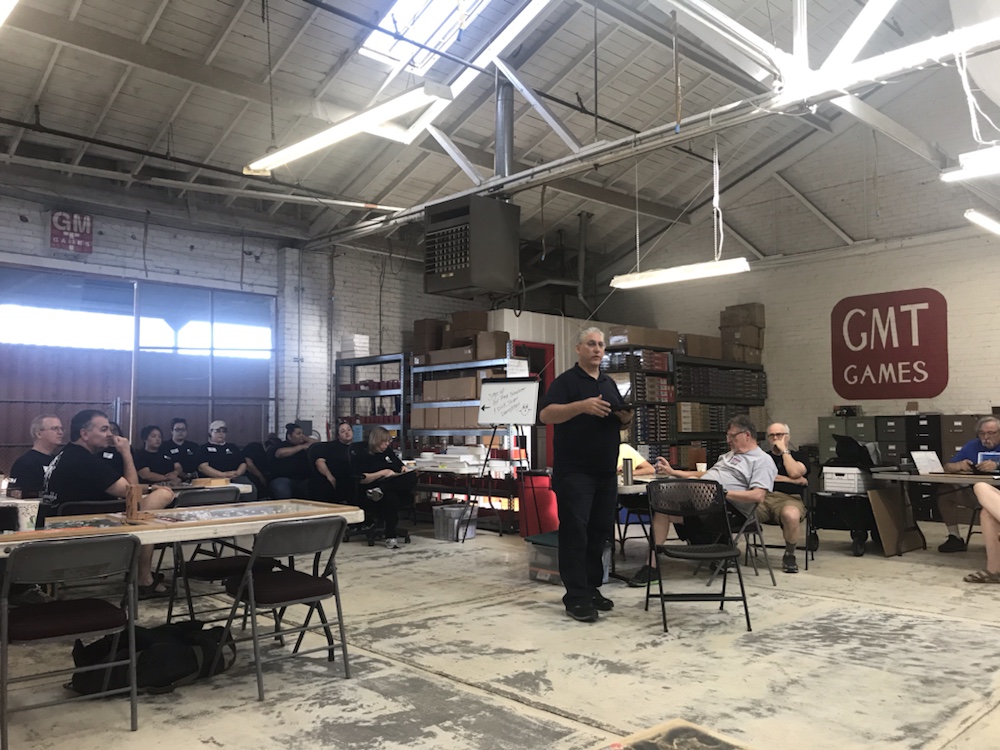 Gene have his "state of GMT" talk on Saturday morning and company affairs seem to still be on a solid foundation.

What two games did I get? SpaceCorp and Comanchería.