Leaving Chaco Canyon there were three additional sites for us to check out. The first was Pueblo Pintado, an outlier site that is part of the Chaco National Park. We like these outlier sites as we often have them to ourselves. 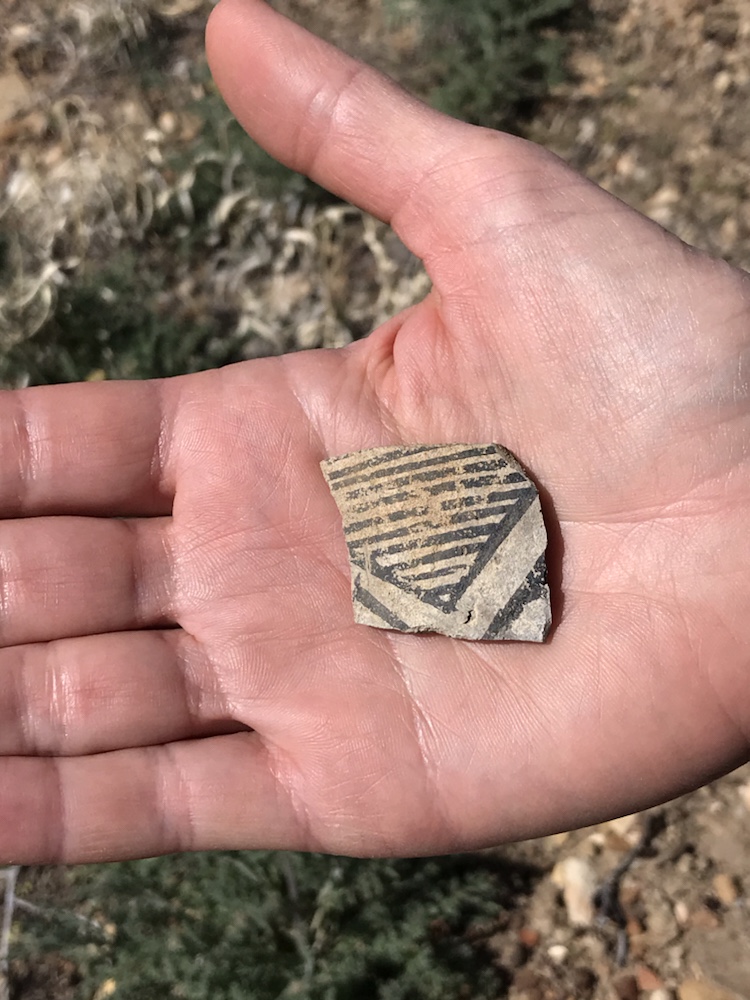 Many of these sites have middens rife with pottery sherds. We love walking along the trails and scanning the adjacent terrain for these sherds. Some folks like to gather sherds and arrange them on large rocks, which is strictly verboten. The sherd above (which I placed back on the rock where I found it) is an example of the black and white Chaco style pottery. 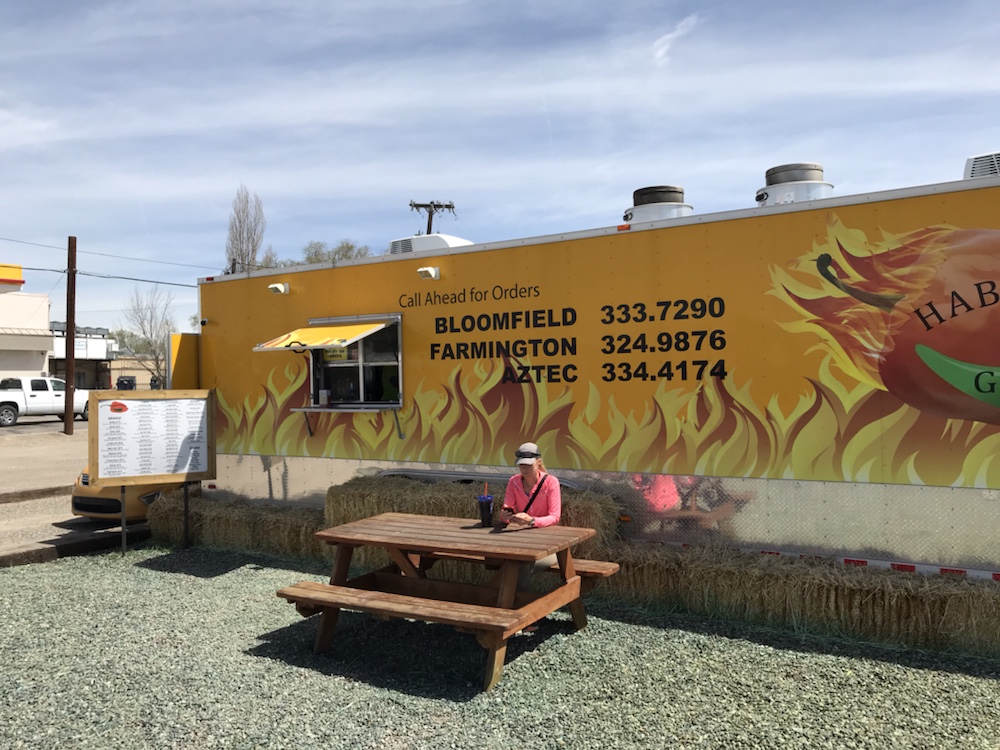 Next we found some awesome burritos at this food truck. 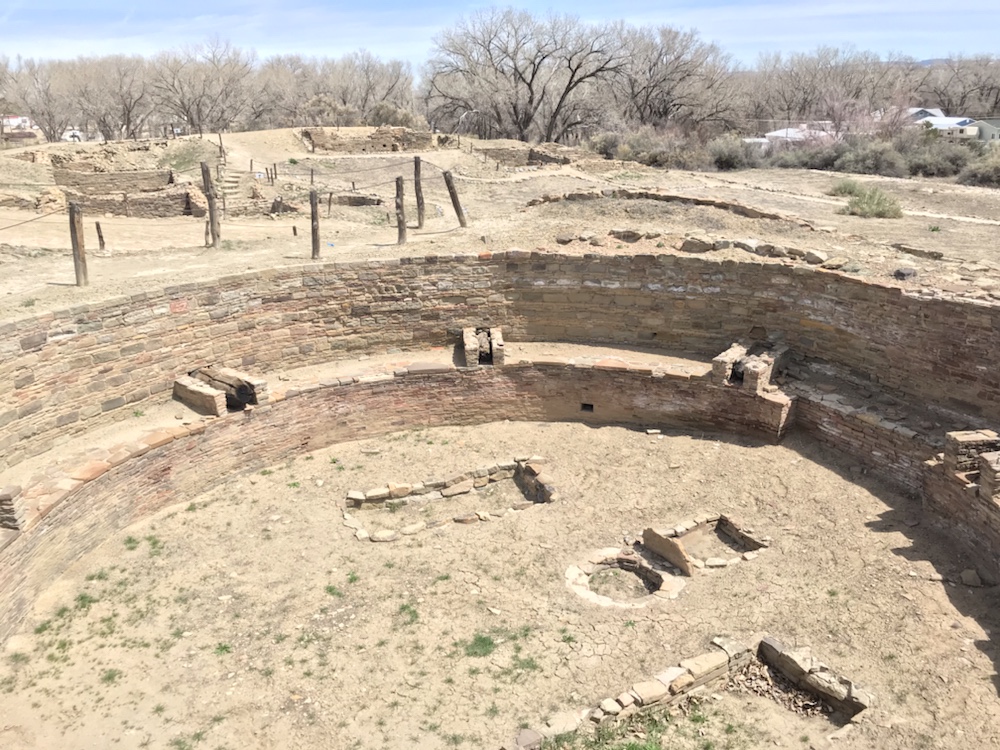 Salmon Ruins is a very well done county museum in Bloomfield NM. It is named after a settler and has a great mix of Puebloan ruins and example dwellings of other more recent tribes native to the area. Above you see a large partly reconstructed kiva. 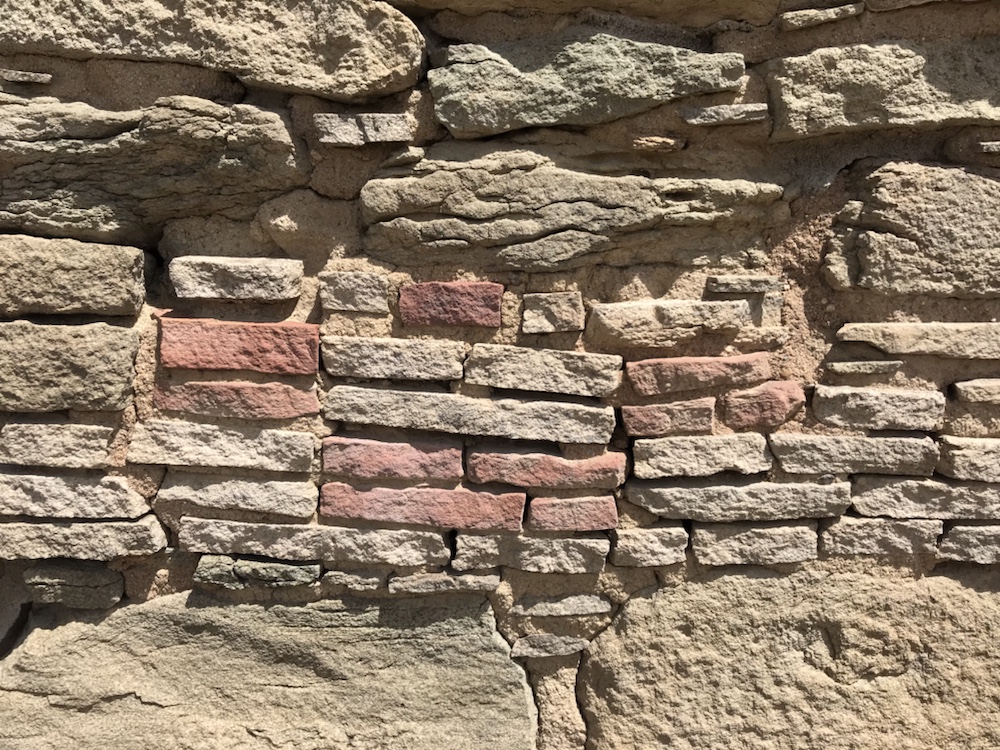 The above color coded bricks have some significance that is currently unknown, possibly sun spotting. 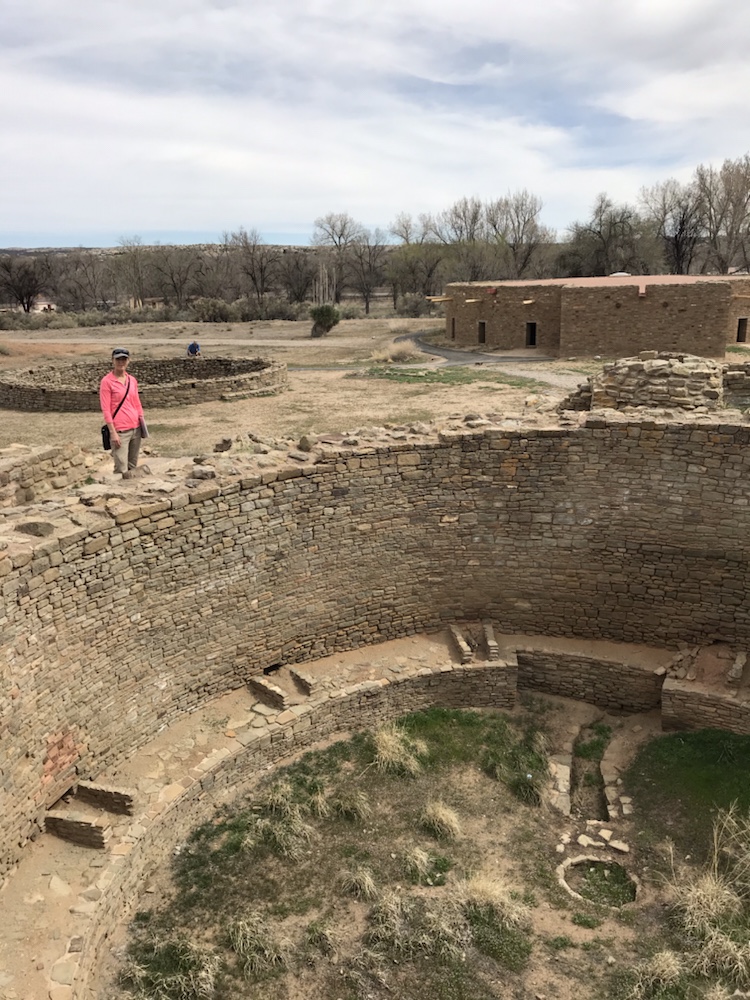 Our final stop before crossing over to Arizona was Aztec Ruins National Monument, a tidy little site with a friendly visitor center.

Aztec is possibly notable for the Chaco meridian hypothesis, which espouses that a single contiguous (in time and location) Anasazi empire may have existed from southwestern Colorado down to Mexico, with key sites laying on the same longitudinal meridian.