I played three different new-to-me games in the past week. I'm in the midst of my transition out of routine board gaming and into the daily (awesome) grind of football coaching. Gotta get gaming in while I can. 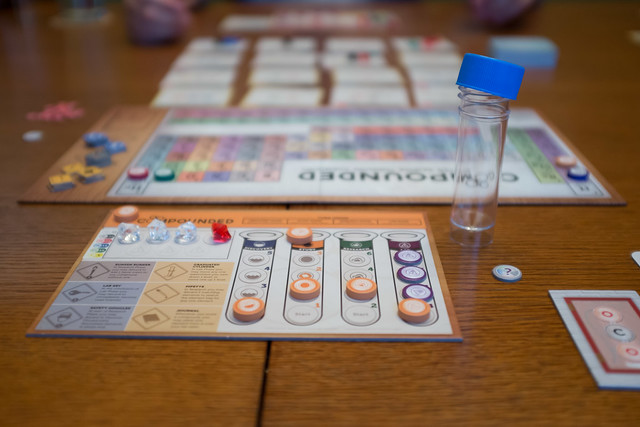 First up was a game I Kickstarted called Compounded. Given the chemistry theme you might think this is an educational game, but it really is just another resource acquisition and set collection game. We had a blast playing it though (four players) and the production quality is stellar. I'm not sure of all the differences between the current retail version and what I got via Kickstarter so don't be surprised if things look a bit different.

A brief description of the game:

We played with four and I think opinions were positive if not overwhelmingly so. There's an educational aspect to the game in that the compounds seem to be somewhat accurate in terms of elemental components and structure. At least that's what the chemist in our group claimed. 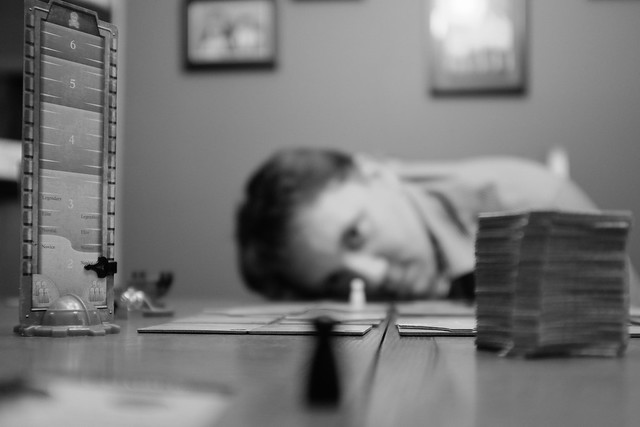 My family enjoys Forbidden Island as a great cooperative gateway game for kids and adults, so I recently picked up its successor Forbidden Desert. This has a bit more going on without losing the simplicity of the original. Instead of an island sinking into the water you have a desert storm ravaging the terrain. The storm movement brings it's own chaos, and combined with more complexity in how the treasures are discovered the game requires more planning and coordination. We struggled to win our first game on easy level. This is a keeper and should be good with kids. 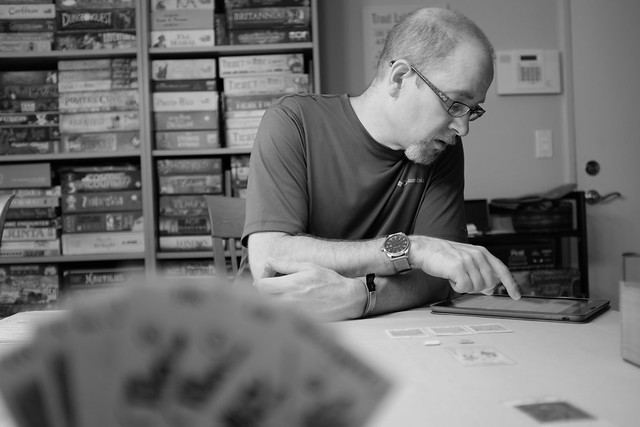 If you are a wargamer you've probably had some exposure to the Kickstarter saga surrounding the reprint of have classic game Up Front. I Kickstarted the game and have no expectation of ever getting a copy. But Doug has one and we played last weekend! 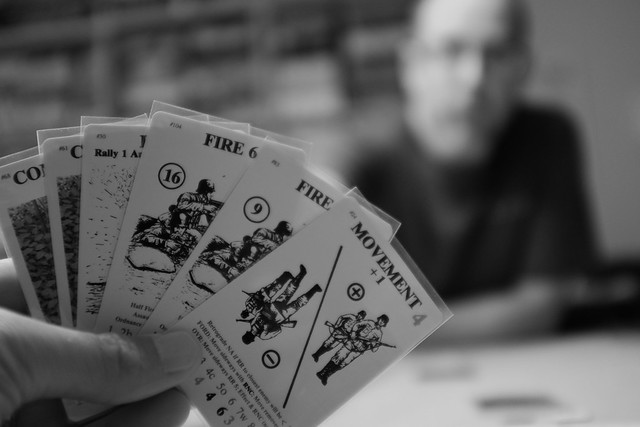 This is the game that was supposed to evolve and popularize the tactical system in Squad Leader through a few key mechanisms:

If this sounds like Combat Commander there's no coincidence -- the inflict of Up Front on CC is obvious. Up Front however fully abstracts out the map and counters - this game is pretty much all about cards. Engagement and range or managed through a relative range calculation as units advance. I get the feeling however that this part of the system could have used more development and refinement as I had a hard time grasping the mechanism and mapping it to some reality. 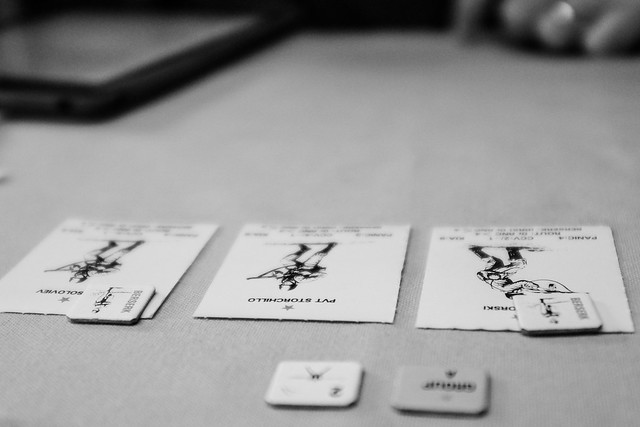 Doug and I played the first two scenarios and I loved it. I also won both games but the second scenario should have been a loss. Doug was playing the Russians and had me on the bring of elimination (one more unit kill and it would be an automatic win) but I held on with some fortunate back-to-back attacks. Three or four consecutive kills led to his units going berserk then charging my unit, only to die quickly in close combat.

Thanks Doug for teaching this classic!