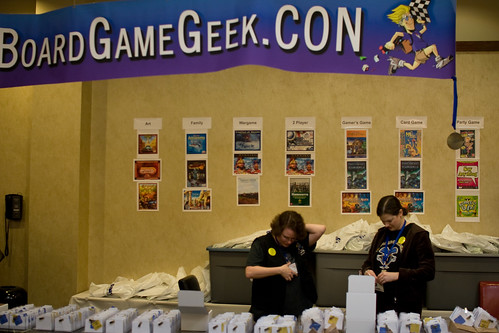 Day 2 (Thursday) was a day of longish games - a series of 3-4 hour plays that were very rewarding. Jim and I hung out around registration and played The Battle for Hill 218. This is a light 2-player abstract with a nice wargame theme. Nice to have around when you've got 10-15 minutes to burn and may be a game I pick up. 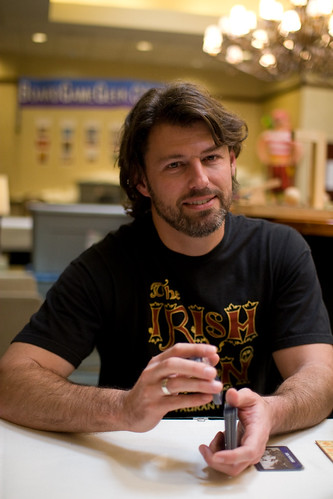 The line for registration (and prize table) was quite long but flowed very well once the process started. Jim and I had the benefit of getting our registration badges the night before (shhh, don't tell. actually I told Aldie and he scolded us but didn't object to us going to the prize table once the crowd started gathering in force there) so Jim and I got decent grabs at the prize table - On the Underground for Jim and Colosseum for me. There were some good games for the taking there - thanks for all of the sponsors that supplied the table. Amazing how far the prize table has come since 2005. 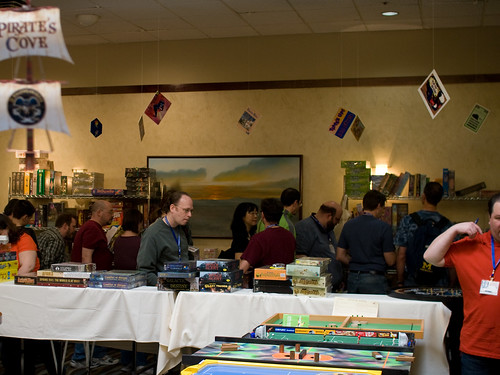 Jim and I roped Rodney Lloyd into breaking open his shrink-wrap copy of Le Havre to give it a try. Le Havre is notionally the successor to Agricola but is very different. No hidden information and a building-ability activation mechanism very much like Caylus. It lasted a little over 3 hours and I wonder if it could have been streamlined a bit - does it need so many turns? It might also be a game that is just as interesting with only two players so I haven't ruled out purchasing the game. 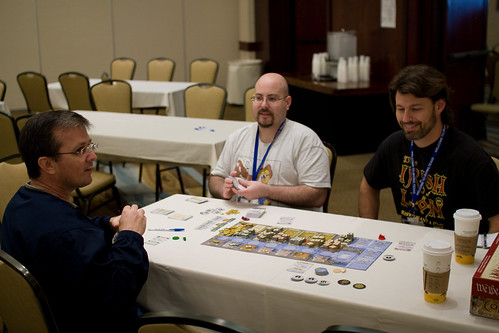 The first game I checked out from the library was an un-punched copy of We the People(!). The game flowed quickly (thanks to Doug teaching me the weekend before) and Jim grasped the basics straightaway. We played in just over 2 hours with the Brits edging out a victory over the belligerent Colonials thanks to an extremely strong final-turn hand draw by yours truly. 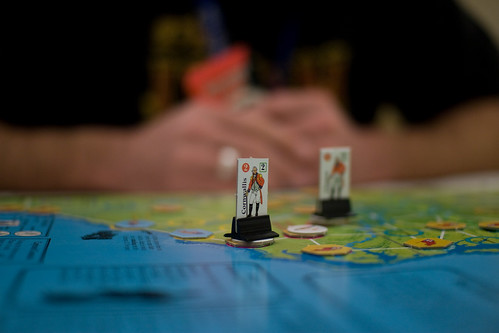 Next Jim and I joined Morgan and some other Brooklyn friends for a game of Comuni. This is a tough game to learn from the rules - it isn't that they are incomplete, they are just obtuse and circuitous in how they walk you through the game. We just couldn't get the feel or flow until we stumbled through a turn or two. I made some early strategic blunders that kept me out of contention but it was reasonably enjoyable. Won't make my acquire list though. 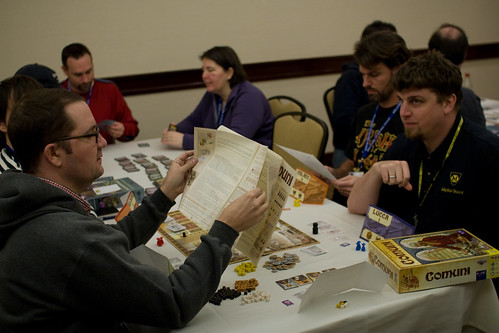 It was nice to see Rick Thornquist back in action. I know he's still finishing up his book on Infocom but hopefully this convention was a sign of future things to come - welcome back Rick. 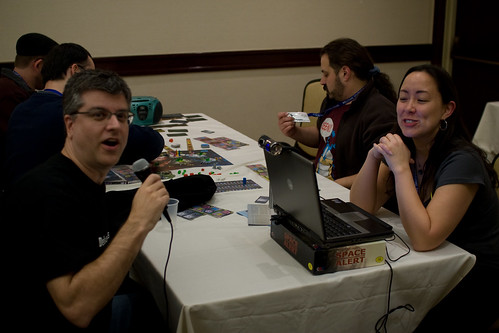 Next up was the new Queen games treatment of Wabash Cannonball - Chicago Express. Jim and I played with Jason Matthews and a couple (names escape me, though I'm sure Jim recorded their BGG handles). Queen continues to impress with their production quality and this game is no exception. Beautiful components and a nice game to boot. The comparisons with Steel Driver will continue (and I can see why - there are similarities) but I think each stands well on its own. This is on my wishlist right now and will likely convert to a purchase in 2009 if it doesn't turn up in one of the two Secret Santa swaps I'm in on. 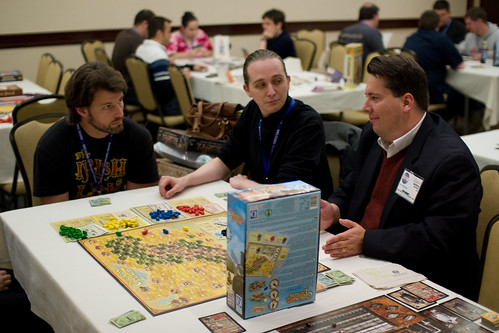 Jim and I were compelled to stay up until past midnight so that we could witness first-hand the disappointment of not winning any games in the midnight madness giveaways from Thought Hammer. We roped Aaron Fuegi into a game of Dominion and he schooled us, though my engine was in full steam when he forced the end of the game and given another turn or two I think it would have been a close(r) battle. 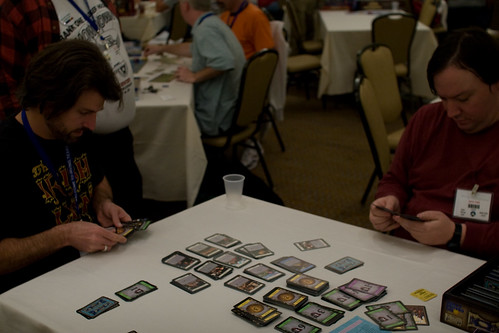