Thanksgiving weekend gives me a chance to catch up on my BGG.CON posts. As much as I'd like to crank these out while at the convention, gaming takes precedence. There are many more photos that aren't shown here over on my Flickr photostream. N.B. - Don't expect much detailed commentary on games here - I'll provide a wrap-up at the end and talk more about hits and misses. 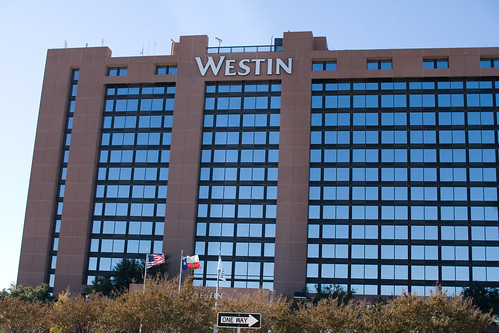 Jim Ginn and I synchronized our arrivals at DFW and made it to the Westin by 3pm. Eager to help, we joined the crew stapling instructions to the plastic sleeves holding the new BGG Coins. I've yet to hand mine off, but I did track its journey to the beach this weekend. 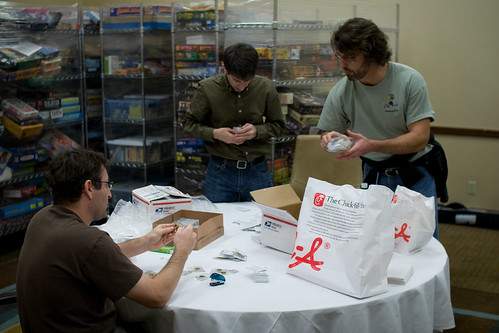 Next up was the assembly line to build out the goody bags for attendees. The swag - not so hot this year but the prize table more than made up for it. 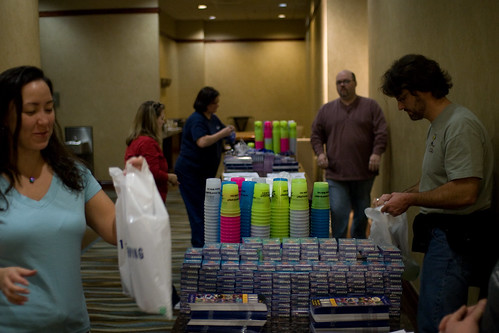 Derk and Aldie were especially calm before the event. You get the sense they have a great team behind them and that all of the important details had been worked out. I also saw them both gaming and teaching quite a bit. 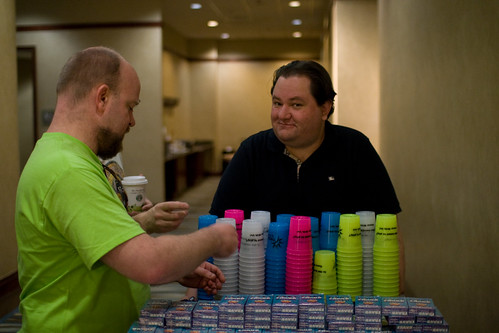 Jim and Mark Hamzy were up for trying out the new Martin Wallace title After the Flood. This is a three-player war and economics game that is by far the deepest so far of the Treefrog Line. 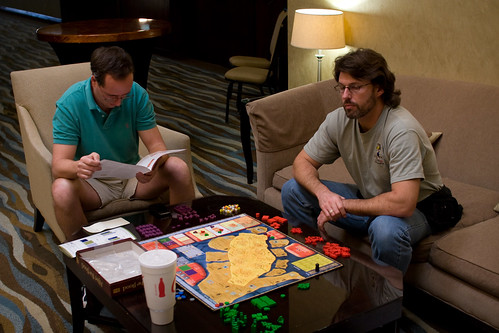 I think Hamzy won this one - a bit tough to learn from the rules (complexity is similar to Brass) but we worked our way through it and had a lot of fun to boot. Highlight: Hamzy and I slugging it out trying to get a majority of workers in a province to start an empire. Neither of us would back down and I think we ended up with a combined 13 workers. 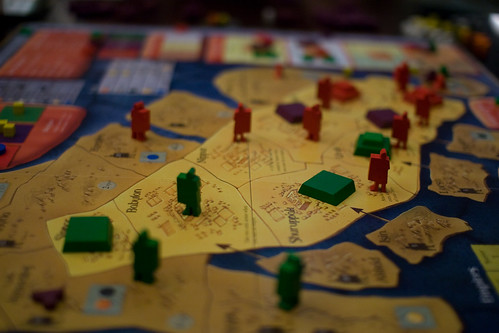 Jeff arrived later that evening and had his copy of Race for the Galaxy handy. Morgan joined us and he and Jeff schooled us but the game was fun as always. 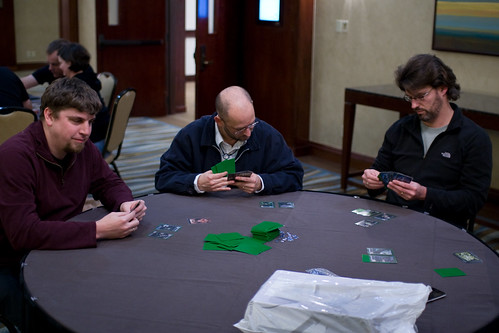 Our other new game of the night was Cities, a light game of tile laying and meeple placement. This is a competitive solitaire game that has a puzzle aspect to it like Take it Easy. Very fun game that I'll happily play but I'm not sure it has a place in my collection. 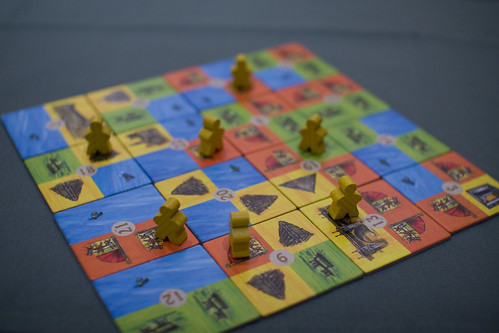