Where can you get a cup of coffee at 6am in London? I set out to answer that question on Friday morning after waking up bright and bushy tailed at 5am (8 hours of sleep - woot!). I thought the quick stop joints near the Russell Square Underground would be a sure bet (Pret a Manger, local breakfast spot, etc.) but alas nothing seems to open until 7am. I had nothing better to do than roam and explore so I worked my way outward from the hotel in concentric circles until I happened upon a young adult tour group loading on a bus at one of the large budget hotels near our Holiday Inn. The hotel opened their coffee cafe to service these tourists as they checked out and loaded on the bus, so I slid in line and got my well earned coffee. I sat down in the cafe, which proceeded to close shop as the tour bus departed. I suppose I should consider myself lucky. I wonder if Starbucks in London is open at 6am?

After returning to the room about 7am to wake up Julie and the boys, we headed to the lobby for a rendezvous with Iain Cheyne and his lovely family for a breakfast date. The goal was to find a good old English breakfast with eggs, bacon, sausage, tomatoes, and beans. I continue to be amazed with how adventurous the boys are an they ordered right off the menu and went for the whole shebang. 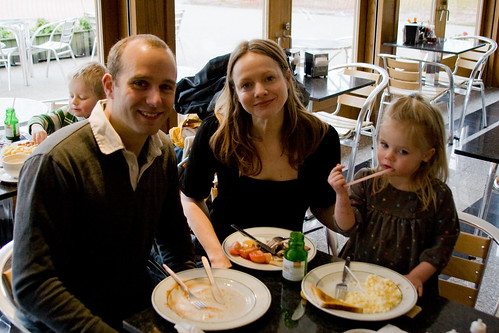 Iain is one of those people that I feel like I know and relate to extremely well, but we've had about 90 minutes total of face time in our lifetimes. I believe we met briefly at Essen in 2006 but never found time to sit down and play a game together, so it was nice to finally sit down, meet the family (that's Oscar you see in the background), and talk about life, work, travel, and more.

Jacob owned the planning for Friday and he set us off across the Thames to visit the Imperial War Museum, my all-time favorite museum in the world. Seriously. 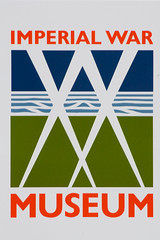 This museum has a great gallery with a wide range of aircraft, tanks, SP guns, half-tracks, and more - everything is pretty much from the 20th century with a sharp focus on WWI and WWII. While fun to look at and explore, the static displays are not where it is at in this museum.

There are three areas you must explore in this museum. The WWI exhibit features a chronological history of the conflict with great artifacts, photos, and video to guide. There is also the dated but still interesting trench experience (check out the Flickr photo set for more photos of these exhibits). The UK's level of commitment and sacrifice in these two wars was on a different plane than the US and I particularly enjoy the English flavor and perspective - war posters, ration signs, newspaper stories, and news film.

The WWII exhibit is the best I've seen anywhere - in fact, where in the US can you find a museum exhibit that covers the conflict from soup-to-nuts across all armed forces? I haven't seen such a thing and would love pointers from readers to museums I've missed, as everything I've seen has been service-focused (Air Force museum, Army division museums, etc.). Similar to the trench experience, you can find the London blitz experience in this area. It seemed more interesting in 1990 when I first visited the museum.

Finally, the Holocaust exhibit in the Imperial War Museum is the best I've seen anywhere. This exhibit does not pull punches and is not for smaller kids or the faint of heart, but I felt it was important for both boys to see the photos, hear the survivor narratives, and understand as much as any of us can the human tragedy experienced by so many.

Needless to say, I probably could have spent the whole day (or even two) at the museum, but Jacob was our tour director and it was time to move on around 1:30pm. The weather was chilly but clearing up when we left the museum to have lunch at the Crown & Cushion pub nearby. 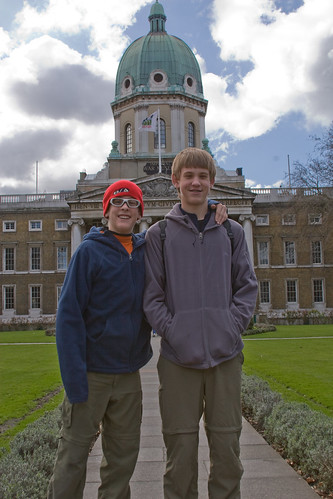 We were at least 2-3 hours behind schedule by the time we finished lunch and Jacob decided to forgo visiting the operating theater museum so that we could make sure we got on the London Eye while the weather was good. The lines looked intimidating at first (this was Good Friday so holiday activity from locals and tourists was quite high) but we moved through the ticket purchase and Eye line faster than expected, about 30 minutes. 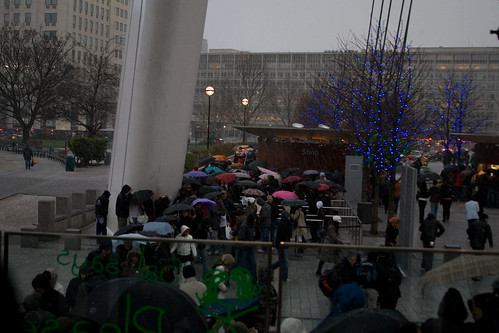 Just as we crossed the pathway in line to the covered area before boarding the Eye, the storms came in like a hammer - lightning, high winds, and a healthy dose of hail set many folks in line to their umbrellas or even running away from the line. They shut down the Eye for a while until the lightning subsided (we were thankful or that), so by the time we took our turn we had an amazing spectrum of light and color or our ride. This was a good choice for early in the trip as it gave everyone a better understanding of the topology and city layout. I know it is somewhat of a tourist trap, but I think the Eye is a great choice for first-time London visitors (similar to climbing the Eiffel Tower in Paris - more on that later). 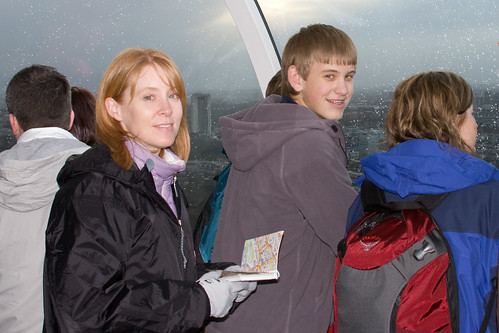 The weather held up after leaving the Eye so we walked across the Jubilee bridge to watch the peddlers selling nicknacks and admire the city skyline as the sun set. Matthew continued to demonstrate his ability to sleep in just about any position or situation. 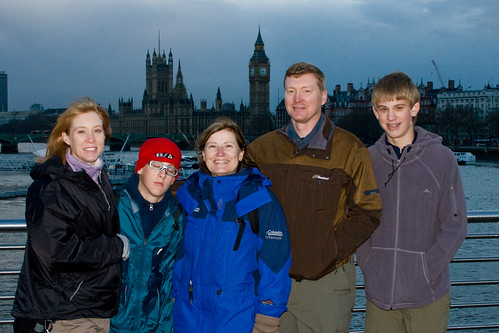 Before the war museum we had picked up some discount tickets for Spamalot (even at a discount I think the cost for the four of us was something like $220-$240), the show voted most likely to please the widest range of our travel group. We even watched the Holy Grail a day or two before leaving to brush up on our ability to quote Monty Python lines at will. We needed food before the late show and found a nice Indian restaurant in the theater district, but unfortunately it took too long to seat and serve us. We literally had to ask for the check as the entrees were delivered and race out of the restaurant gobbling naan as we walked to the theater. Typical rude American tourists I guess. 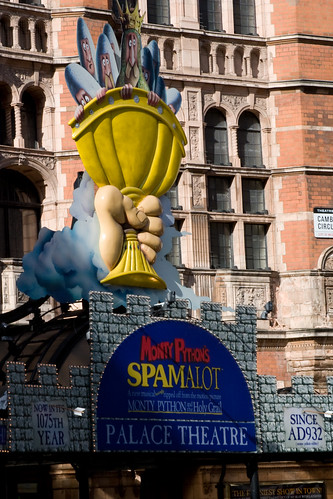 The show was great fun or everyone - enough memorable lines and scenes ("bring out your dead", "how do you know he's the king?", etc.) to provide a connection to the movie but some great songs and theater added to keep you interested.

We had hoped for some more pub activity after the show, but Good Friday meant our local joints were closing early so we ended up retiring around 11pm, eager to sleep and start our final full day in London.