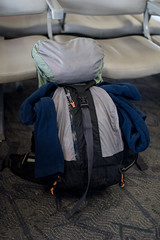 Time to start the steady flow of photo-journal posts for our Europe trip! I'll break this into a day-by-day journal and will include plenty of photos. If you are a (war)gamer, you'll probably enjoy my recap of the Ardennes the most.

This is a trip we had been planning since late summer of 2007. It started as a trip for just the four of us, but at a family wedding in November we added Julie's brother David and his wife Lisa to the group. The exchange rate was poor in the fall, but we had no idea just how bad it would get by spring, particularly the Euro. Fortunately we paid up front for our two longest hotel stays, locking in our biggest expenses at about 1.35:1 which saved us about 15-20%.

One goal for the trip was to have a healthy mix of big city and countryside, another was to get significant time in the Ardennes to explore Battle of the Bulge sites. London and Paris made perfect bracket cities for the Ardennes. We also wanted to travel as light as possibly, limiting luggage to carry-on backpacks to ensure mobility and align with our rapid-pace itinerary. We used a number of online resources to help as maximize effectiveness while minimizing space, including Travelite, Onebag, and Tim Ferriss.

Let me give a quick refresher on the overall itinerary:

David and Lisa timed their arrival at Gatwick to be about the same as ours (they originated in Oklahoma City). We were supposed to arrive 90 minutes after them on Thursday, March 20 but we made exceptional time and landed within 5 minutes of each other. Unfortunately our passport control line took 45 minutes to get through, but we were still on the Gatwick Express train to Victoria by 9:30am and arrived in London by shortly after 10:00. 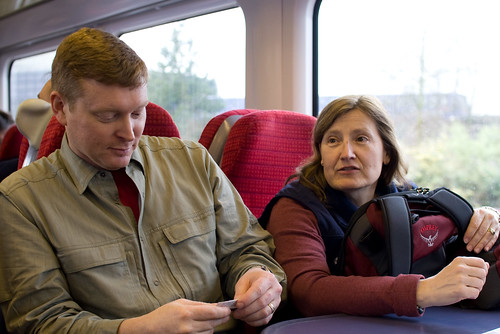 Our first step at Victoria was to buy London Underground passes for all of us. I wasted some time standing in line at the automated machines before I realized that I wouldn't be able to buy the kids' tickets there, so re-directed myself to the assisted line to take care of business. We purchased 3-day passes for the adults and 3 1-day passes for Jacob and Matthew. These passes turned out to be somewhat unreliable, with some of cards stopping to work early in the process. Wasn't a big deal as we just flashed them to an assistant at each entry/exit to gain passage.

Next we walked to our hotel, the Holiday Inn Bloomsbury, and managed to check in early. The hotel was fantastic and a decent bargain, especially for us trying fit four people into one room. I would have preferred to stay in a B&B and get more local flavor, but there just aren't good options for a family of four as just about everywhere we looked would have forced us to get 2 rooms. Holiday Inn and Best Western were great choices for finding hotels - easy to use web sites, trustworthy quotes and booking, and in the end we were very happy with the quality. 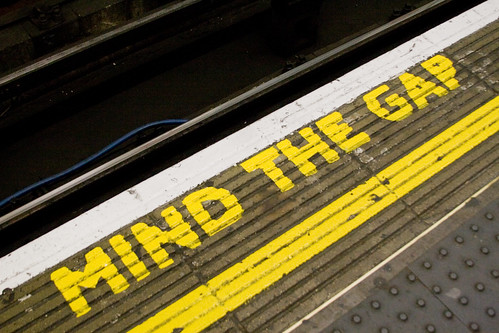 I wanted to start the day with a city orientation including a city bus tour. We hopped on the Underground at Russell Square and went to Leicester Square to then walk to Trafalgar Square. The weather was interesting and surprisingly similar to Portland - windy, chilly (40s), with sporadic rainfall. As we walked to Trafalgar we stopped in the National Portrait Gallery and checked out the Tudor paintings among others. We should have just spent the next hour and toured the National Gallery, but instead got on a bus from Trafalgar to the Tower of London. Unfortunately the mid-day traffic was horrendous, even in the bus express lanes, dragging out the trip. While it was nice to be inside during the ensuing downpour, this only added to the disappointment as the inside windows became very fogged up. It was a good chance for Matthew, Dave, and I to catch up on some sleep though. 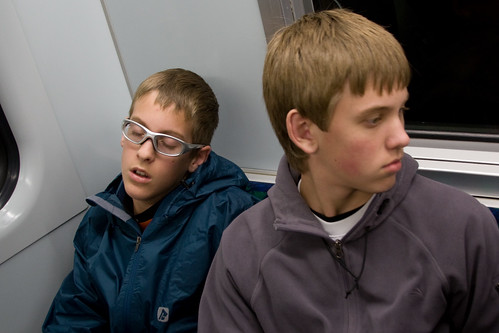 We aborted the bus tour at the Tower and got back on the Underground to head back to our home turf and visit the British Museum, which has changed significantly since my last visit in 1990. The interior covered courtyard is nothing short of amazing. We focused on the permanent exhibits, paying special attention to the ancient Egyption, Persian, and Greek antiquities. The boys held up reasonably well - it was very important for us to manage our time in the art and history museums to keep the boys engaged. 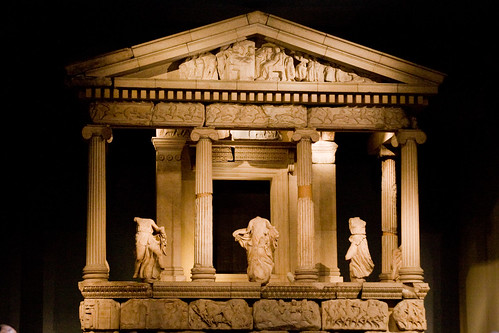 We left the museum by around 5 or 5:30pm - way ahead of my original schedule as I knew it would be open late that Thursday night and had hoped to work a bit later into the evening before we cut for dinner. Those of you that have traveled east-bound to Europe on a red-eye know how critical it is to stay up to a decent evening hour before retiring. 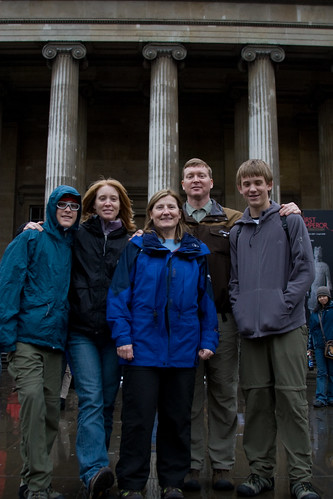 Our solution - spend plenty of time at two pubs and milk out another 2-3 hours eating pub food and sampling beers. We started at the Marquis of Cornwallis pub directly across the street from our hotel. The food was good enough and the beer exceptional. In hindsight I think the boys enjoyed London over Paris because of the pub scene - they are plentiful, laid back, don't mind if you just hang around and drink beer, and obviously very social. 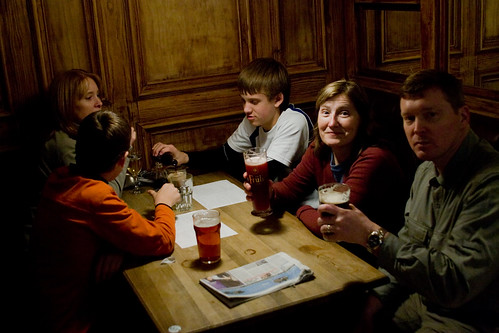 Next up was Lord John Russell, a fine pub but a bit smaller and hence more crowded. We lasted there until about 8pm then walked back to the hotel to crash.