What a difference a year makes. Last year I peaked at 118 unplayed games in my collection and went into the holiday season with over 35 games remaining to be played.

While I have been more disciplined this year about acquiring games and incurring burndown debt, the task of finishing the year with no unplayed games is still daunting. I'm keeping all of the games remaining to be played on the closet shelf in the game room. 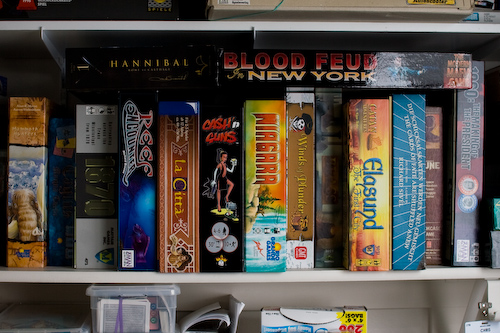 Some comments on each game: