(or, how I could have saved a lot of lives had I been commanding the Germans on the east front).

I had planned to do a session report on my game of Eastfront with Mike last week, but he did such a nice job reporting that I'll just refer you there. I did snap some photos which I'll share here, along with a few annotations.

We used Caylus blocks to demark the front line for the Summer '42 scenario. Hah! So many of you are still waiting to get your hands on this game and here we are already recycling parts for other uses. Sorry, couldn't resist. 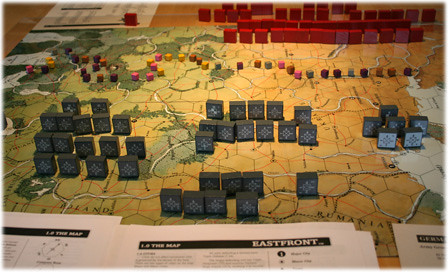 I attacked broadly on all fronts, figuring that's what the Germans should do. I made a critical mistake however. 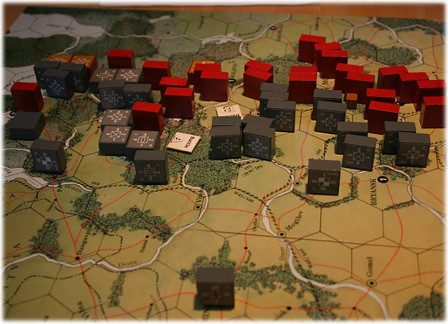 The first mistake was moving units outside of the command range resulting in unsupported combat. I guess I assumed that if they were in command range pre-move that they would be in range for combat, which was a bit idiotic. 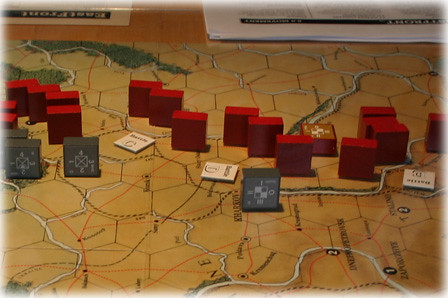 The result was some very unsuccessful unsupported combat and, even worse, a hole in my line allowing the Soviets to engage one of my precious HQ and cut off two major groups from supply. I knew it was game over at this point but we continued to play. My goal at this point was to explore as many of the mechanics as I could. 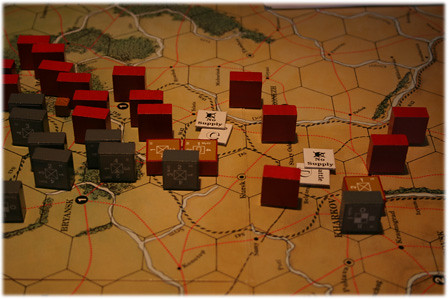 We ended up playing three months (out of a six month scenario) in about 4 hours. By the end we were getting a full month completed in about 45 minutes. Could probably get it down to 30 with effort and familiarity. 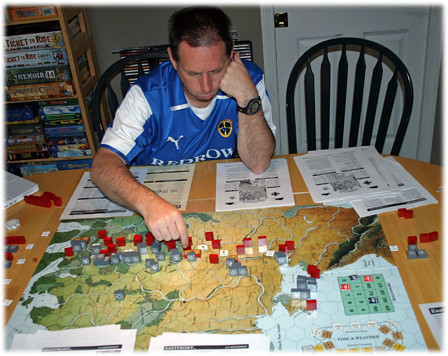 I'd like to play again, soon, while the mechanics and rules are fresh in my head.