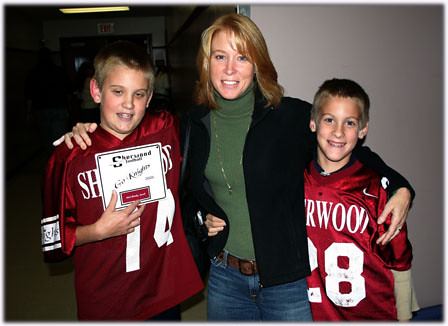 Football season for Jacob and Matthew ended this Saturday as Jacob's team lost in their championship bid against a tough Canby team 6-0. The only touchdown was a defensive score off of a fumble - this was a tough defensive battle! Jacob did a great job this year on the line, playing offensive center and tackle and a number of different line positions on defense. Matthew also had a great year, playing fullback and scoring over five touchdowns and putting in some great play at cornerback. He'll be playing again at the same level next year so should be a dominant force at running back.