As I mentioned earlier, Jacob and I spent the weekend in Corvallis at the Oregon Destination Imagination state tourna ment. This is Jacob's second year in the contest. He is on a team with six of his classmates at Archer Glen elementary here in Sherwood.

Destination Imagination (or DI, as it is called) is a spinoff of Odyssey of the Mind and is a team competition that focuses on creative problem solving. Teams choose one specific challenge from a set offered each year (learn more here), and in the competition they perform their solution to that challenge and are appraised and ranked against the other teams. They are also given an Instant Challenge, which is a problem they must solve extemporaneously. Emphasis is on creativity, and the kids must do the work themselves. 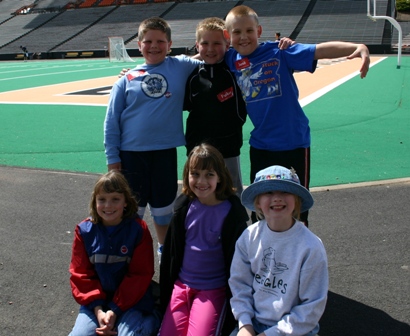 Their team (the Katzen Dawgs) one their regional competition and were given an invitation to the state championship. They did extremely well, finishing in fourth place out of thirteen teams in their category. 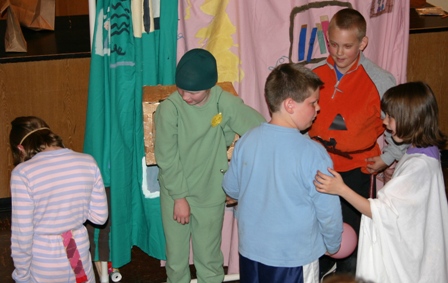