Jacob and I spent most of the weekend in Corvallis at the Oregon Destination Imagination state tournament (more on that later). I brought along three of the new games I picked up last week at Boards & Bits that would be good with two players: San Juan, Dracula, and Blue Moon.

We didn't arrive until about 7:30pm on Friday and had a quick dinner at a local Mexican restaurant. Back in the room by about 8:30pm so we decided to try out Dracula. 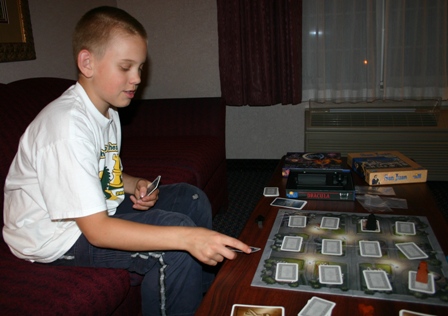 Dracula is a nice two-player small box game in the Kosmos / Rio Grande series. Very much a gothic theme, with Dr. Van Helsing and Dracula duking it out on the streets of London. This is a memory game, combined with a bit of bluffing and card management. We enjoyed the game - I think Matthew will like it quite a bit. 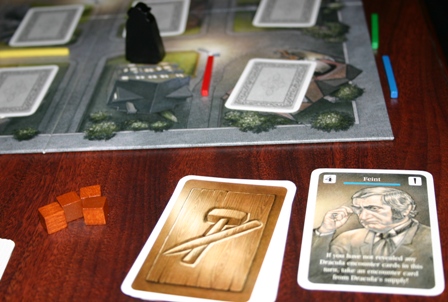 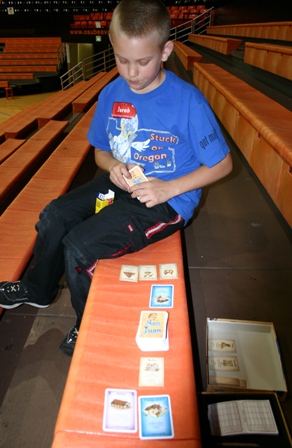