My friend Mike Deans was kind enough to open his household for a day of gaming
with a rather large crowd. All four us joined the crew from Rip City Gamers.
Oh yeah, I heard there was a football game on two.

Since it is late Sunday and I'm traveling all week, I will post the report
with less than my usual game commentary - mostly photos with a few editorial
comments. 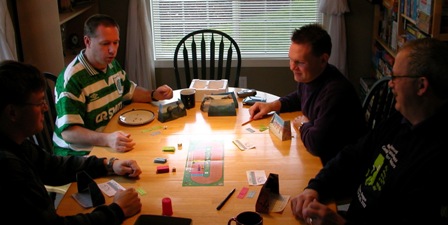 Things got started bright and early with a game of Triple Crown, with the side betting variant.
KC pulled out the victory. 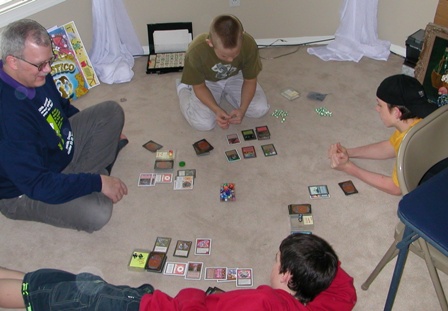 KC and the boys play some four player free-for-all Magic: the Gathering. 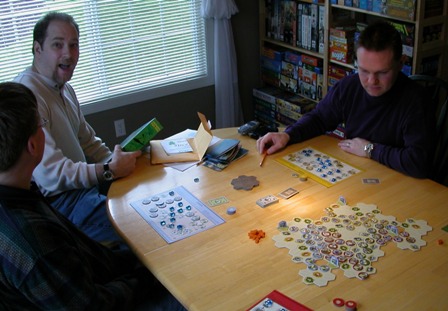 Several of us were eager to bring out
Attika. This was my first 4-player
game, and I like it less than 2 or 3. Too much downtime. 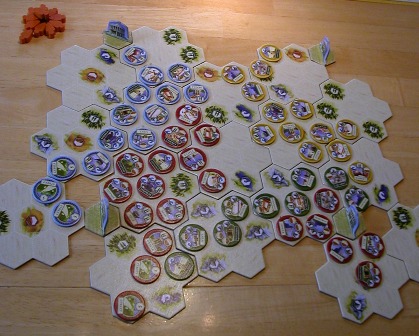 The final Attika board. I (red) was fighting a two-front war. George (blue)
worked his way to my home temple with a great final turn move. I should have
worked harder to stop him. 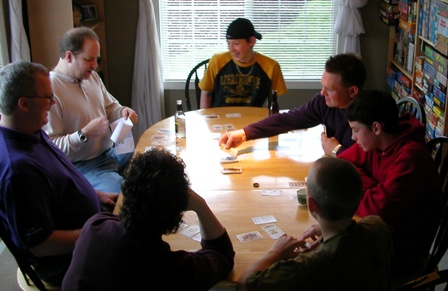 The group plays a seven-player game of
Bang! I heard that the renegade won,
the first time I've seen this happen. 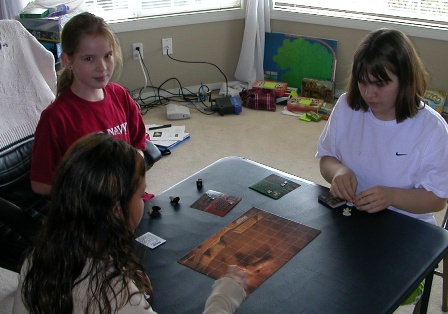 The young women join the fun with Star Wars: EpicDuels. 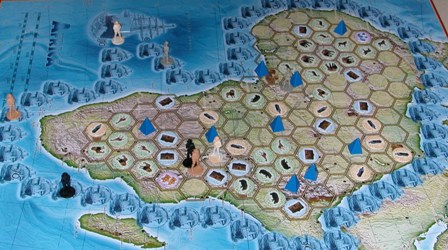 I was able to play Knizia's Africa,
a decent exploration game. This would be a fun family game, but I wasn't
thrilled. 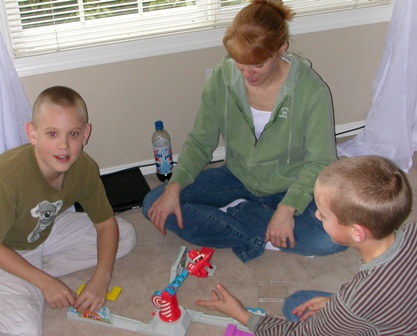 We all got to play Loopin' Louie for
the first time. Matthew quickly learned the touch and did very well. 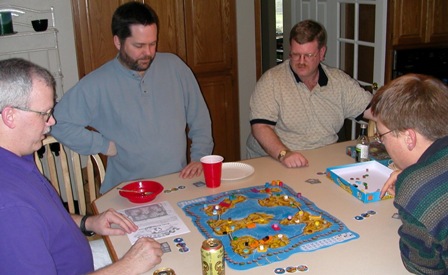 Several of us wanted to try
Logistico, so KC brought it out and
taught us. He was hesitant to play with five players, and I can see why. I bit
too much chaos, and I got really hosed when I confused the medium brown with
the slightly darker brown wooden pieces. I would like to play this again with
2 or 3 players. 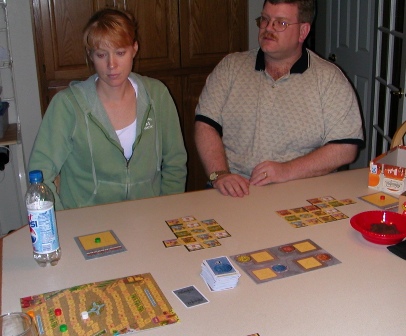 KC and I taught Julie and Ken
Alhambra. For a game I don't like
very much, I sure have been playing it a lot! OK, maybe I do like it just a
little. This was my first win in this game. 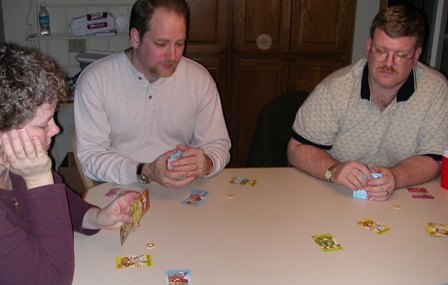 KC taught us Too Many Cooks, a light
card game by Knizia. This a great filler and everyone enjoyed it. I even
managed to win. 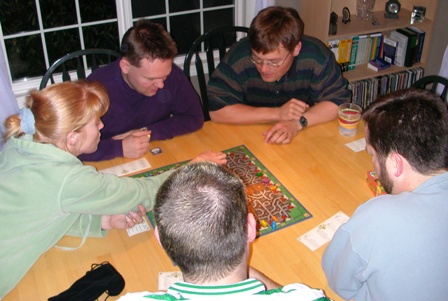 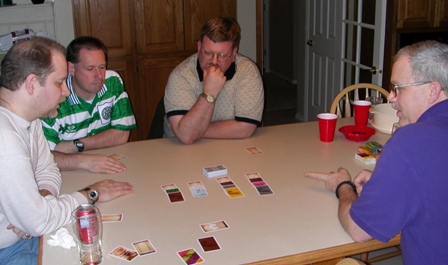 My last game of the evening was
Coloretto, a new card game that has
come out quite a bit this weekend. I'm enjoying this more and more with each
play.

We did watch the game every once in a while. Great finish.