Today was the regional Chess for Success scholastic tournament, and I coached 10 boys from Archer Glen to compete for the right to compete in the state tournament in March. There were 11 teams competing and we needed to finish 1st or 2nd to advance. I knew we had a strong team, but I had no expectations of advancing and just wanted the boys to have fun and try their hardest.

They did amazingly well! This is a team competition in five rounds, swiss- style. Of the 10 players we send to the tournament, we count the scores for the top four players on the team. Players get 1 point for a win, 1/2 point for a draw, and 0 for a loss. So the maximum team score over five rounds is 20 points. 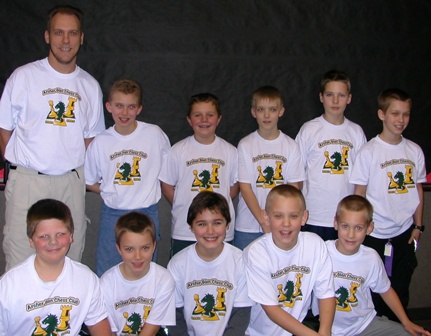 Our team got off to a great start with a perfect score of 8 after the first two rounds. Things got tough then, with a couple of our heavy hitters taking losses in the third round, where we score 2.5 points. By the time the final round came up, we were tied for second place with 12 points, with two other teams knocking on the door with 11.5. We needed some key final round victories to secure a second place finish and a trip to the state championship. 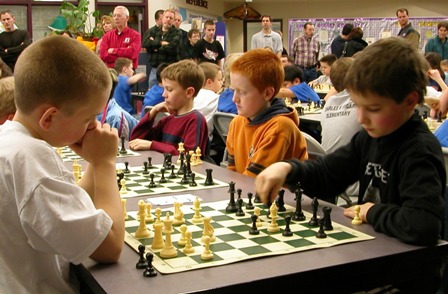 Our hero of the day, Justin Davis, carried us with a perfect 5-0 record, winning the individual championship. Jacob and Conner Hendryx had critical final round victories to give the team a final score of 14.5, tying them for second place and a trip to the state championship! Jacob finished the day with 3 points, making him one of the top 4 players on the Archer Glen team. 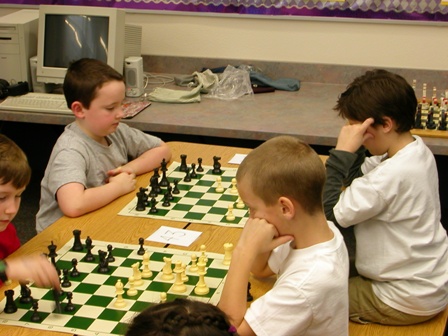 Matthew had a great day as well - he held the team's 10th position, and was the only first grader playing in the tournament. He finished the day with 2 points and felt great about his achievements. 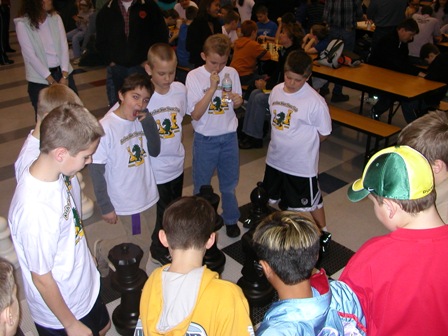 One highlight was a team chess game on the giant chessboard.