We spent two nights and two days hanging out at Mesa Verde National Park this week. 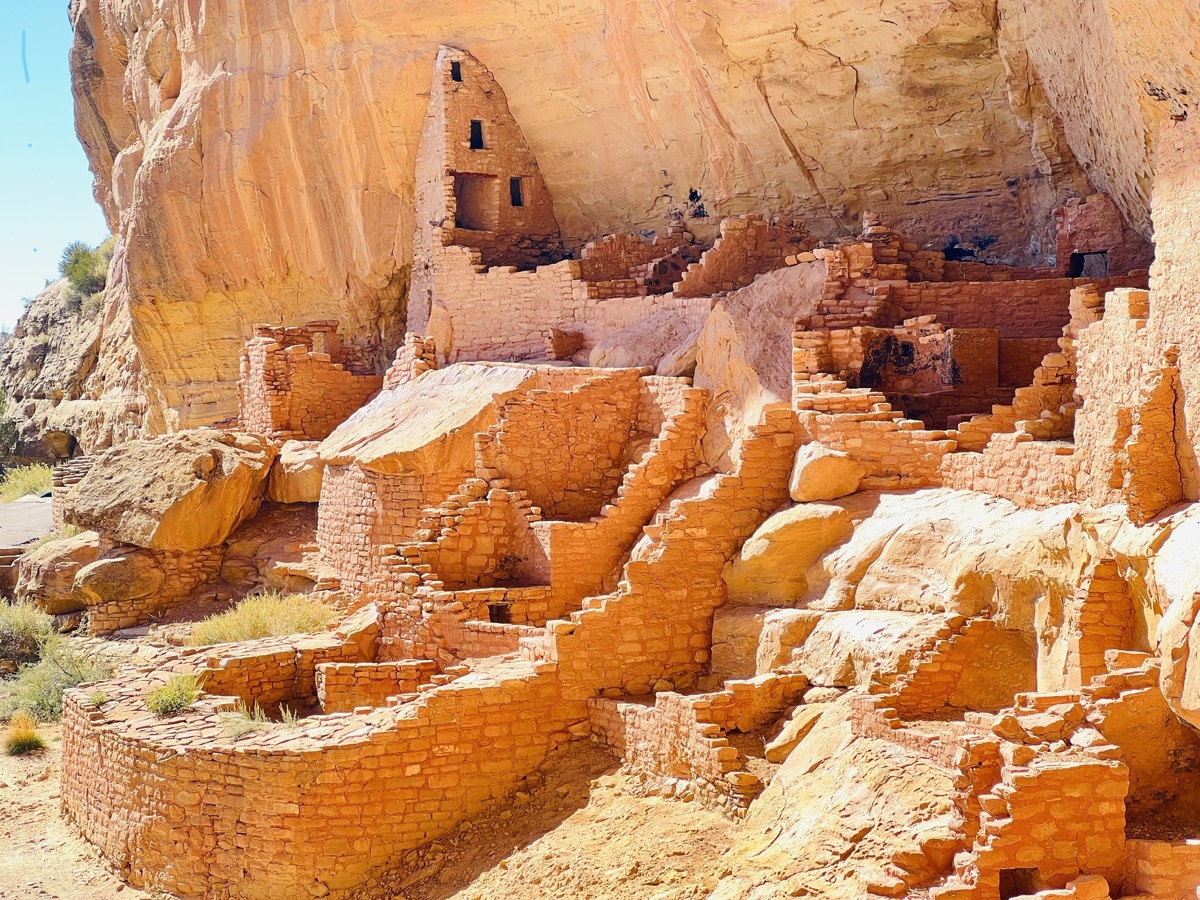 We made an attempt over three years ago to visit Mesa Verde but were shut out because of cold and snow. Even if we’d made it in then, we would have returned to do the official tours; they only run from May through October. 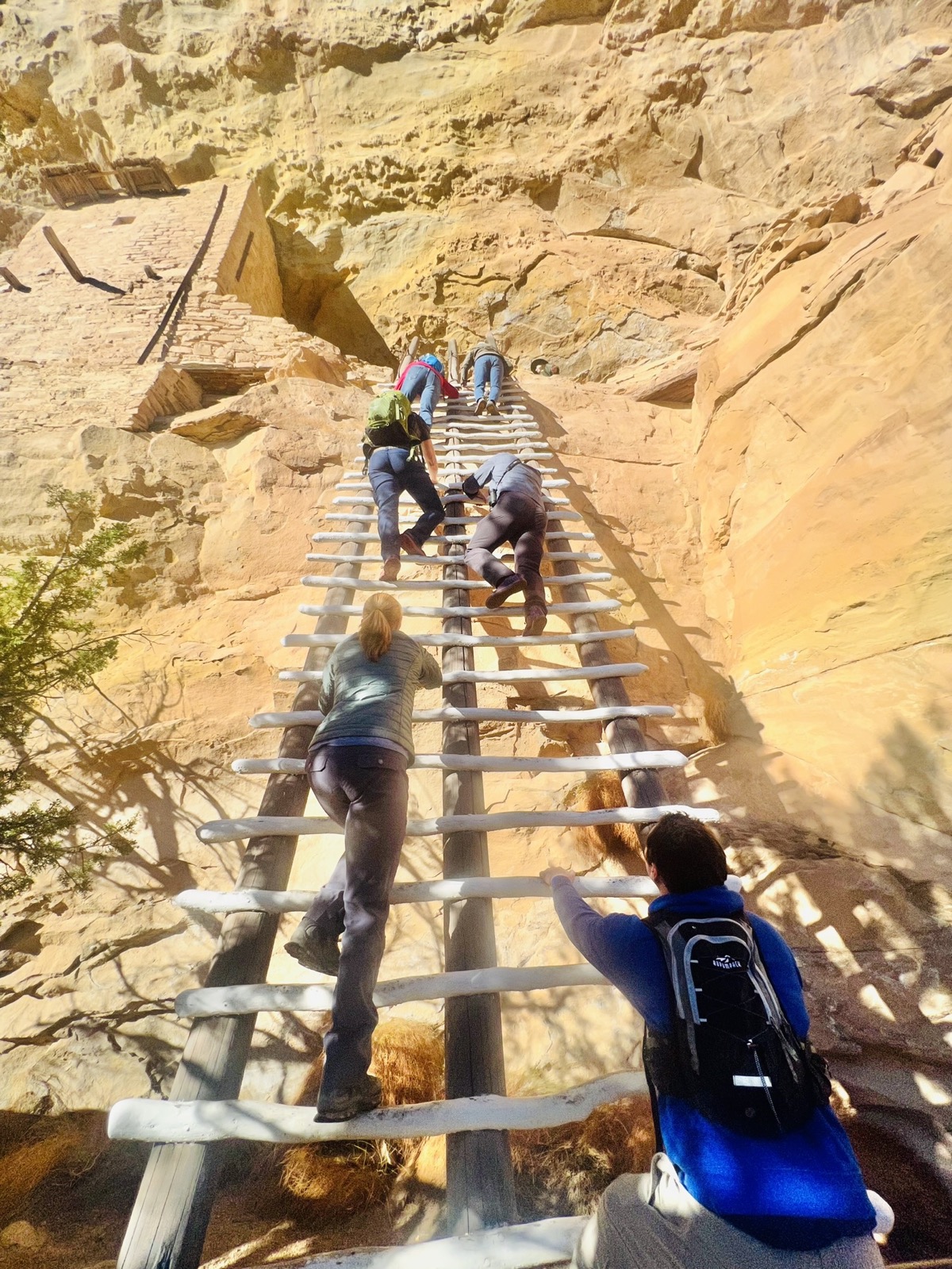 There are three ranger guided tours you can do as of 2022 and I booked all three on the same day. This day happened to be the third-to-last day of the season and we could see that things were winding down. Our first tour in the morning was the more adventurous balcony house tour, requiring some tall ladder climbing and some crawling through tunnels. 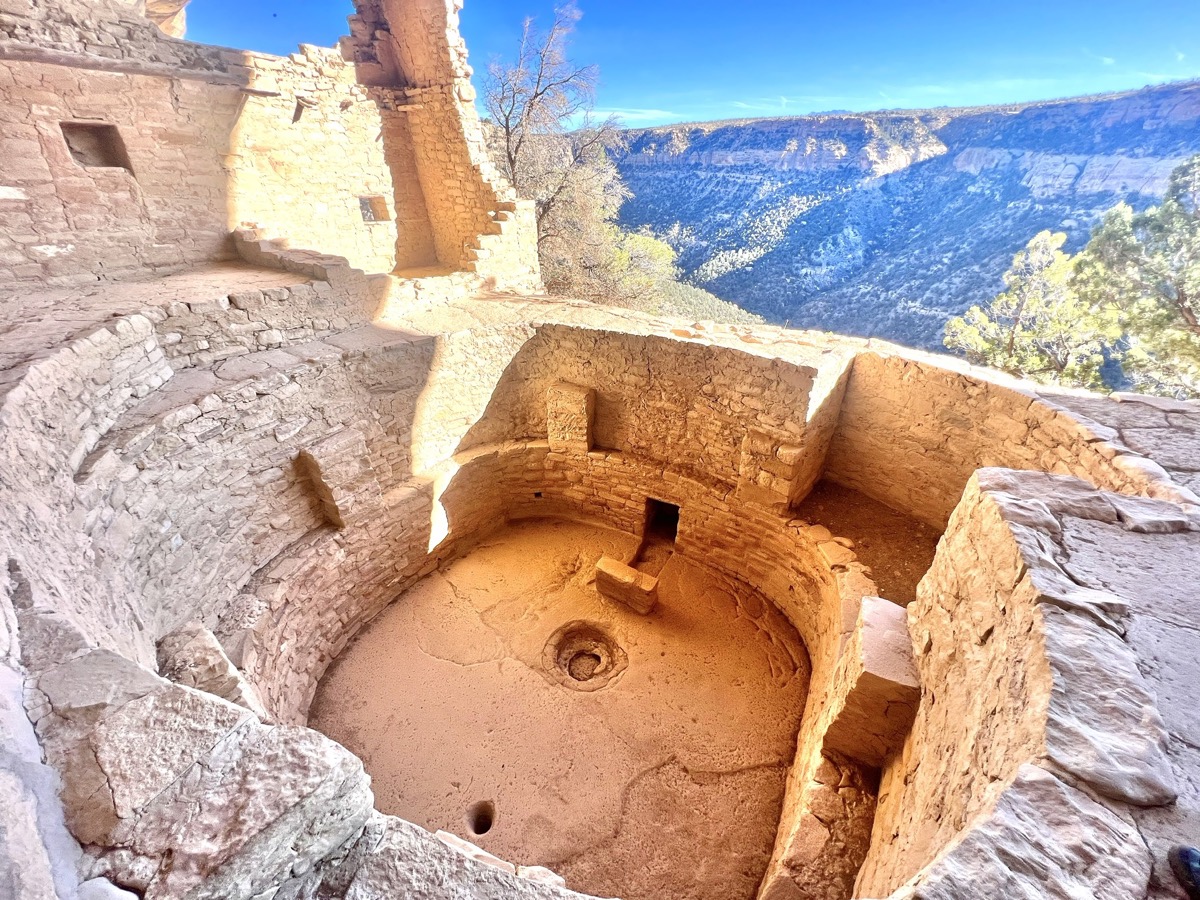 The scale of these alcove dwellings was immense, the largest you’ll find in the USA. Chaco Canyon is bigger, but our best knowledge is that those weren’t dwellings (and aren’t really in alcoves). 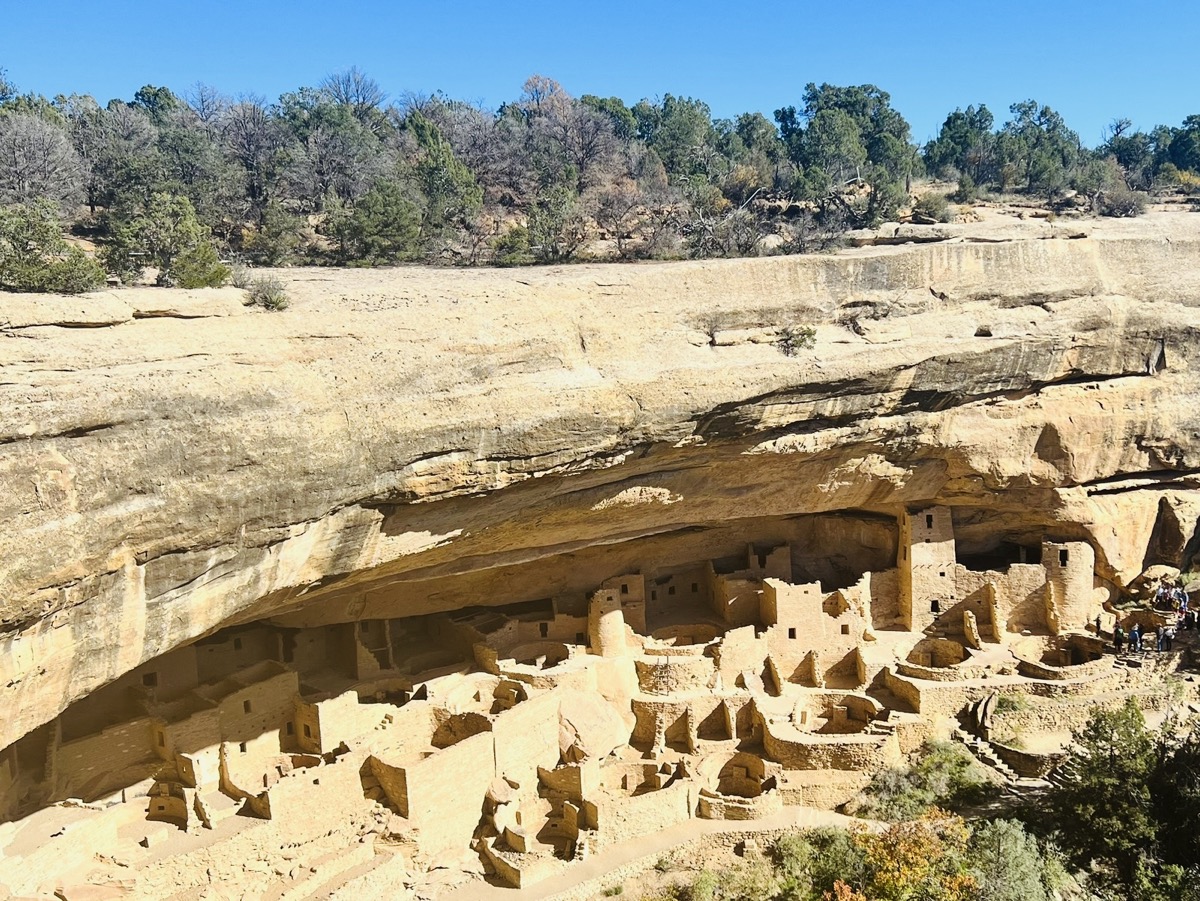 Cliff palace from the overlook

A few of the dwellings are not visitable now because of structural concerns. The shot above is Cliff Palace which is accessible but looks amazing from the overlook.

For the first time we stayed at a national park lodge, two nights at the Far View Lodge. It is a special place with amazing views, a very good restaurant, and our room had a nice balcony where we could enjoy some wine in a paper cup at sunset. There was also a Tesla destination charger there, saving us some scrambling in Cortez where we likely would have had to hang out a campground for five hours or so to charge.

Our last big adventure before we drove away was hiking the petroglyph trail near Spruce Tree House, a dwelling you can only see from the overlook. There was a vast petroglyph panel at the turnaround before exiting the canyon and hiking back on the mesa top.