We are hanging out with friends in southern Indiana at Lincoln State Park, a surprising gem that none of us have been to (three of us have probably 110 years of combined Indiana living!). 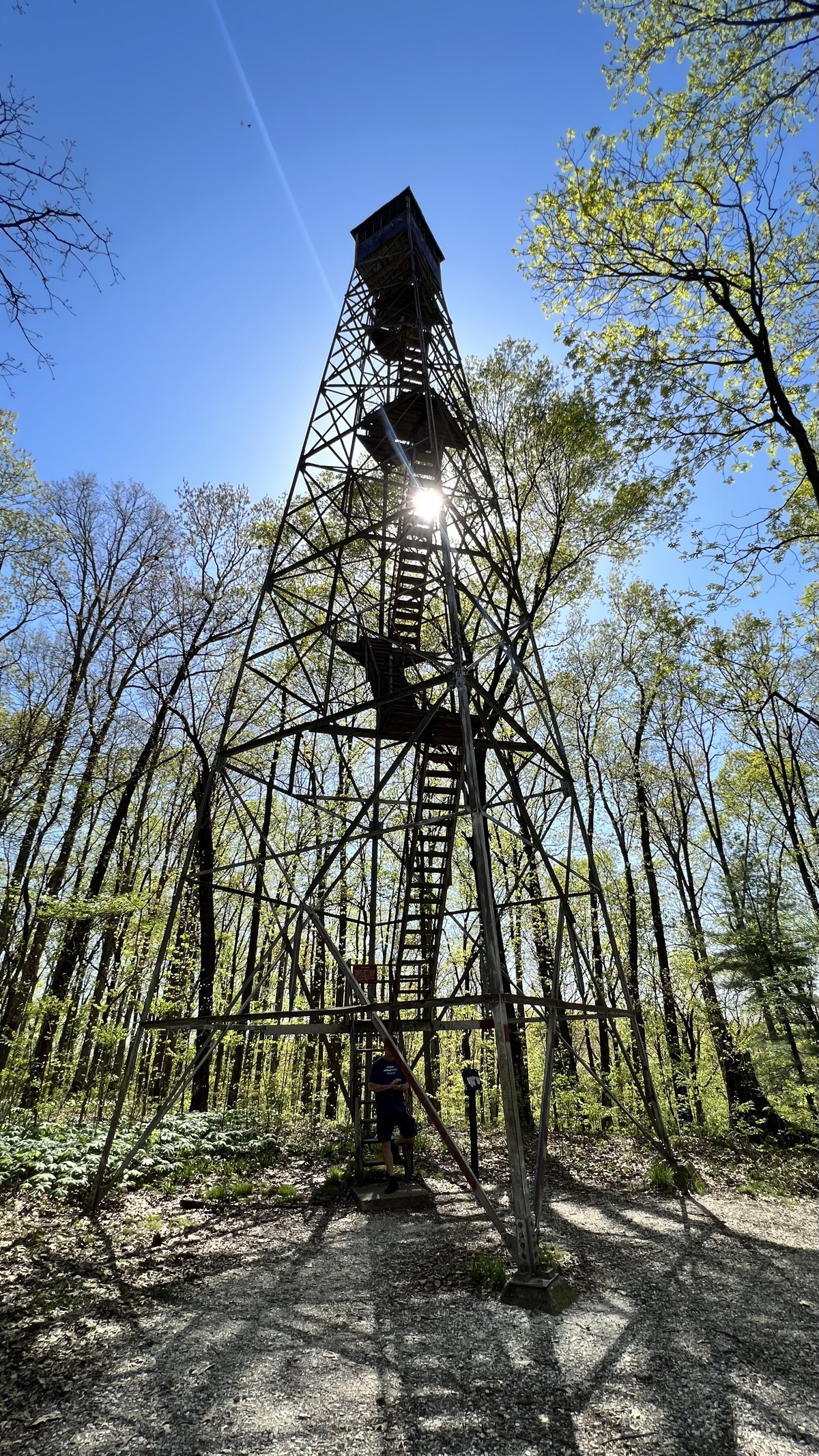 The campground is on a small lake and things are very quiet now, likely around 10% occupancy. A far cry from most parks we’ve been to lately in the west. An afternoon hike yesterday took us around the lake, with a small detour to a fire tower. These towers are almost never open for climbing, but this one was! I would share a photo from the top of the tower but alas all we could see were tree tops and a bit of farm land. 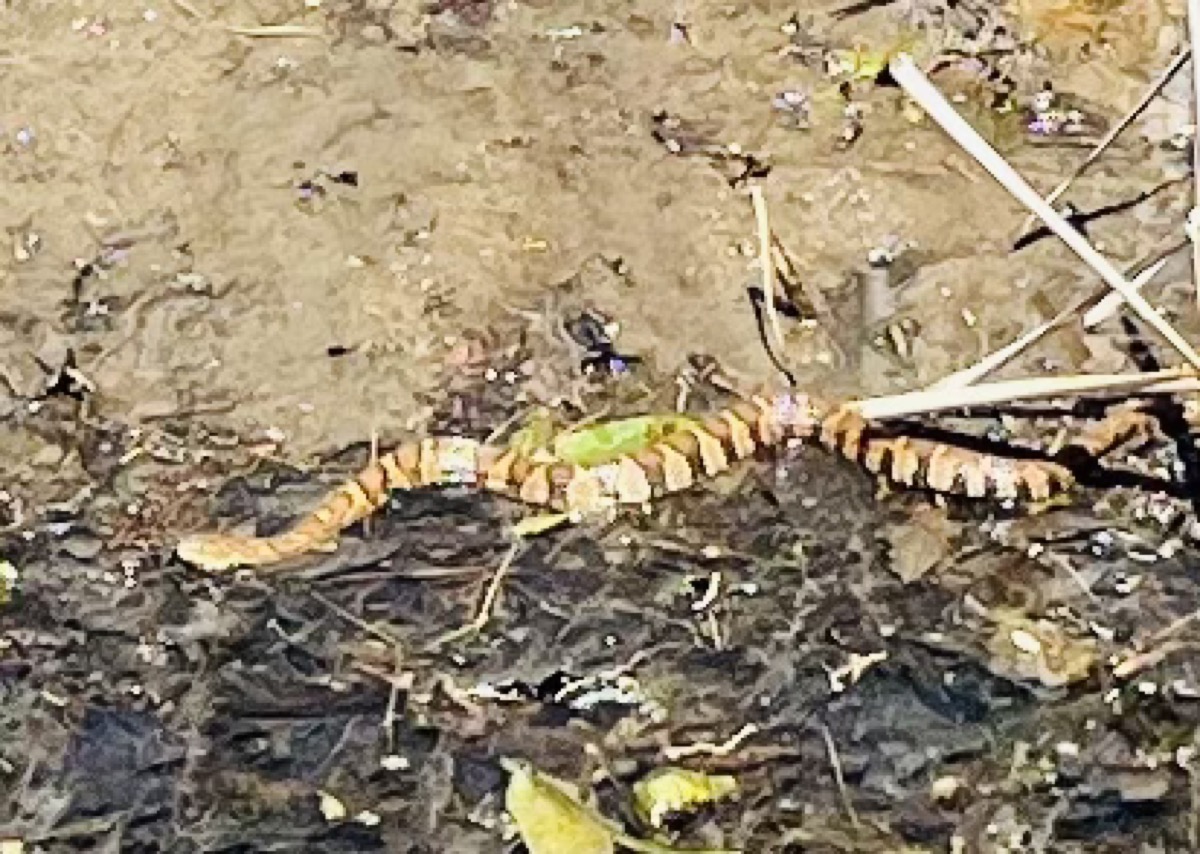 Brown water snake in the creek

This is a brown water snake, aka false moccasin, that we saw on the hike. I don’t think I’ve ever seen one of these before; the markings at first concerned me as it looked like a copperhead. 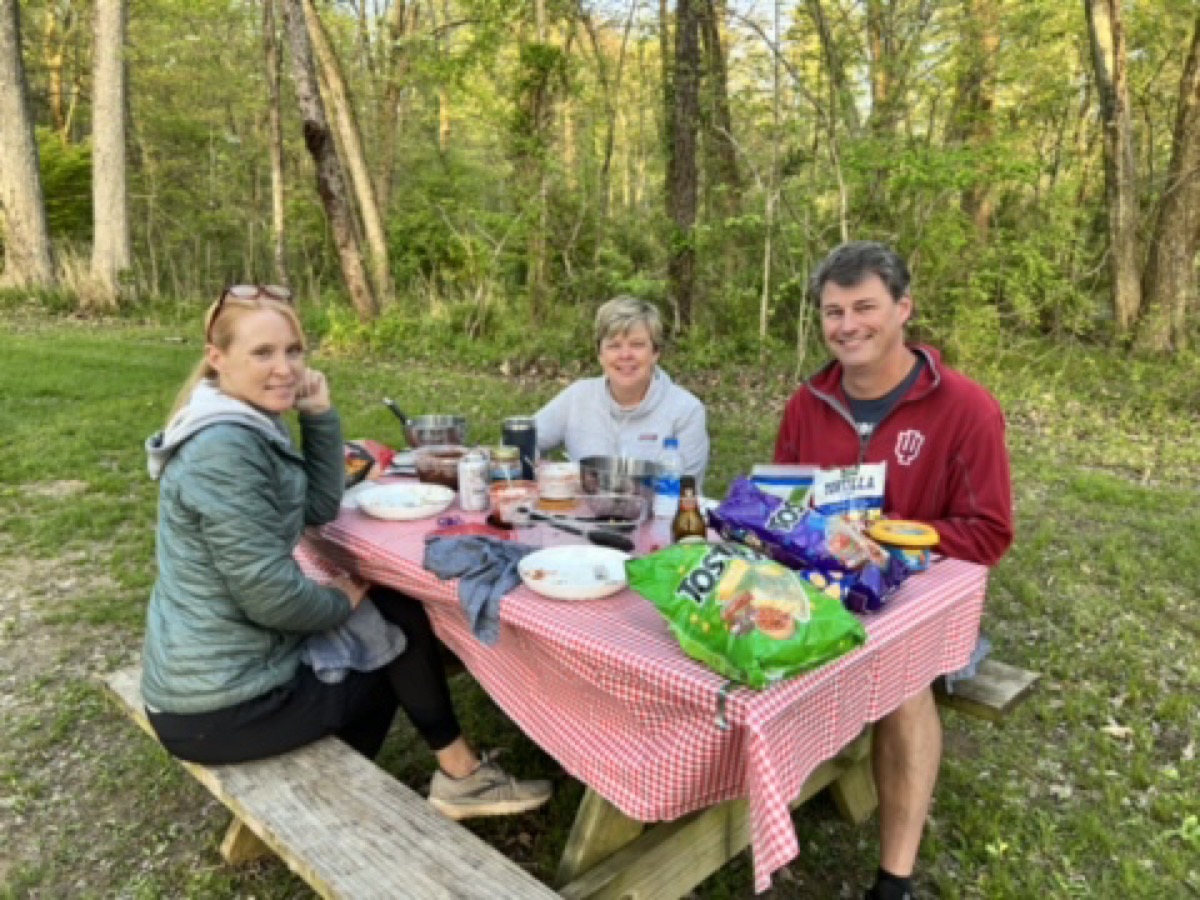 Dinner with Jim and Jill

Julie and I usually hunker down in the van for meals, so it was a nice change to share meal prep with another couple and eat outside. We even had a campfire, and played a card game together. So social.

Today we return to our mutual old stomping grounds: Miamisburg near Dayton, Ohio. Jim and I were both stationed there at the same time in the USAF (we didn’t know each other at the time), and I was scoutmaster for a Boy Scout troop in Miamisburg for about three years.