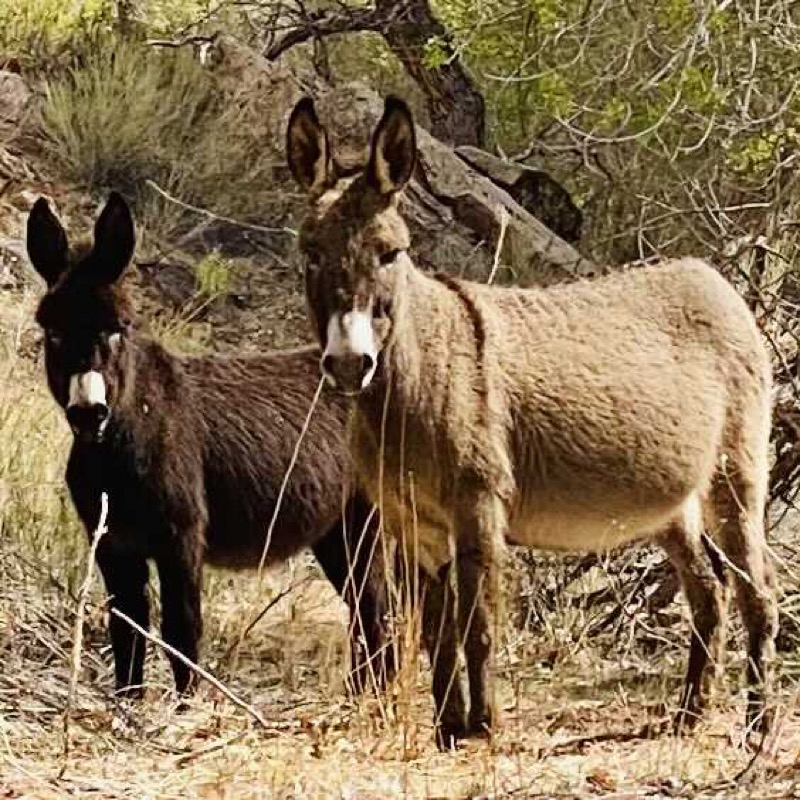 I think this will be my last post on our southern Utah adventures of early 2021. I don’t carry my Canon gear and long lenses with me as much as I used to; in fact I’ve sold off all my gear except for the 7D body and the everlasting and ever-useful EF 70-200mm lens. Interestingly even that lens isn’t great for wildlife photography. So I just carry my three-lens iPhone and make do.

Most of the critters we saw were away from the national park masses, though in some of the parks you can easily find deer, bunnies, and of course a wide range of birds. 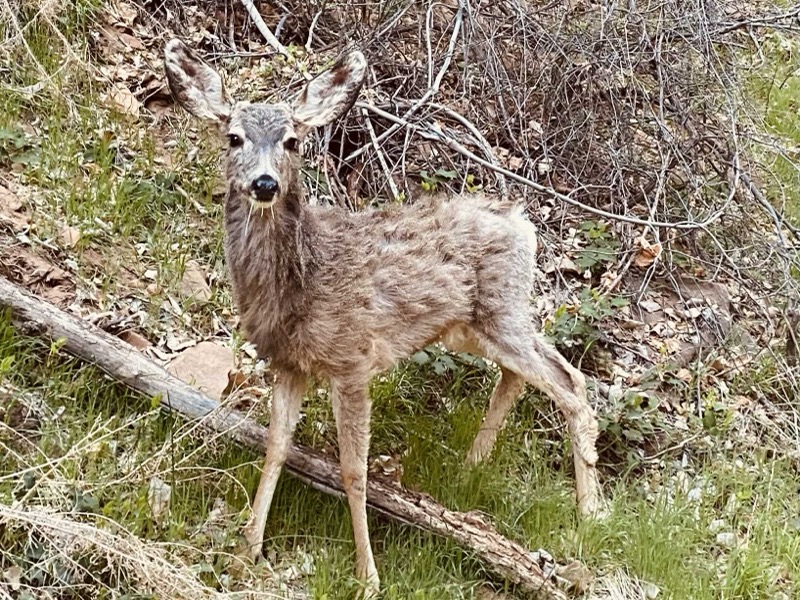 This mule deer we found right next to the trail hiking into the Virgin River narrows in Zion National Park. Deer love this canyon and can be spotted all along the river basin. We also saw a lot of wild turkeys but I never got a great photo. 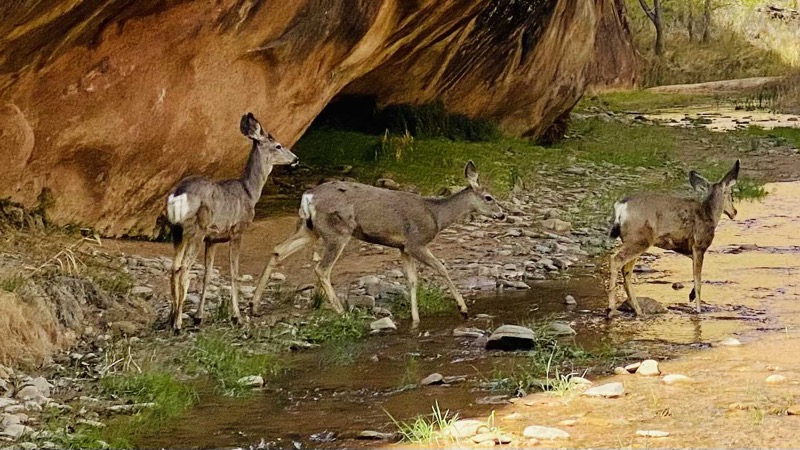 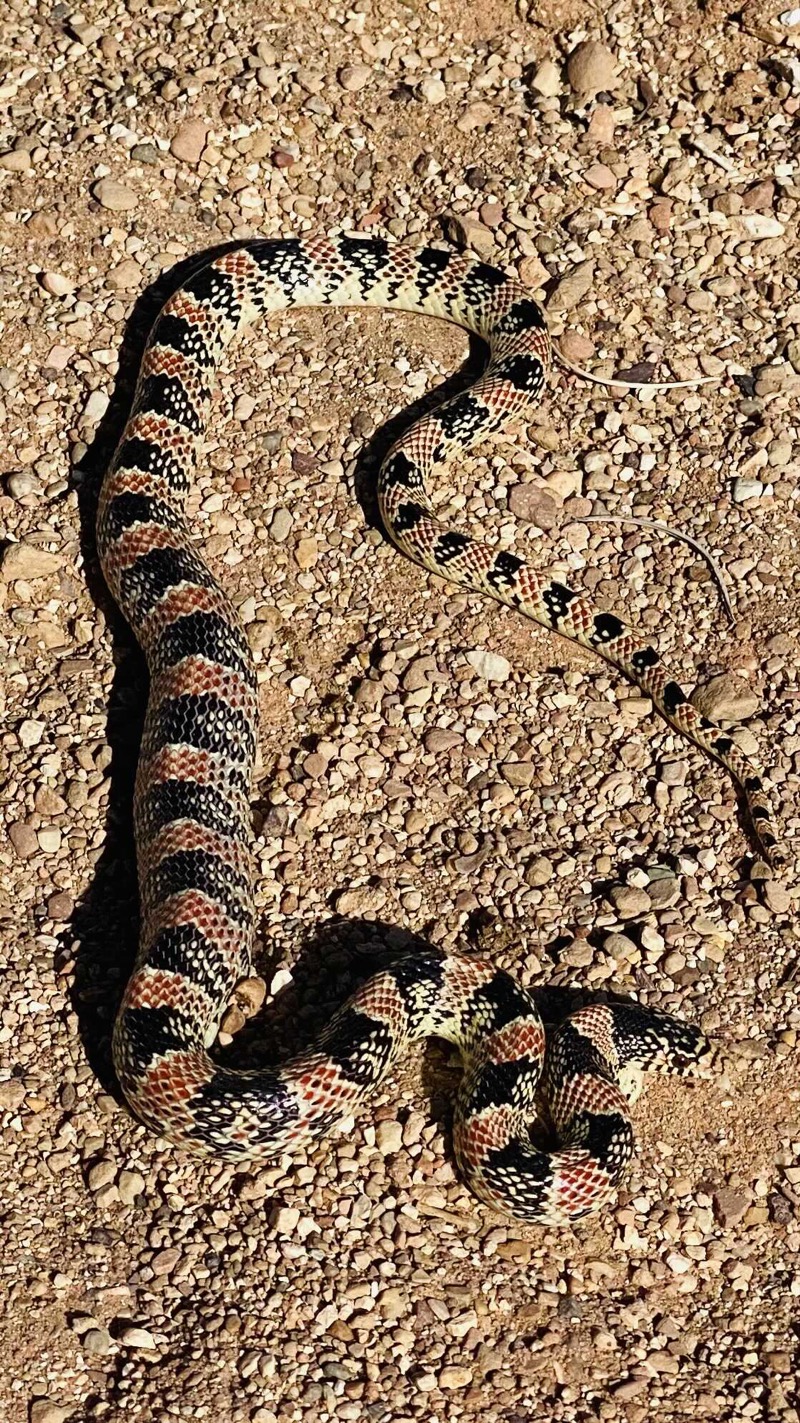 Speaking of Coyote Gulch, we had our only snake encounter there as we made our way down the dry parts of Hurricane Wash. It was a cool morning and this critter was sluggish. I’m fairly certain it is an Arizona (or Utah) mountain king snake. Definitely not the dangerous new world coral snake, right? Right. 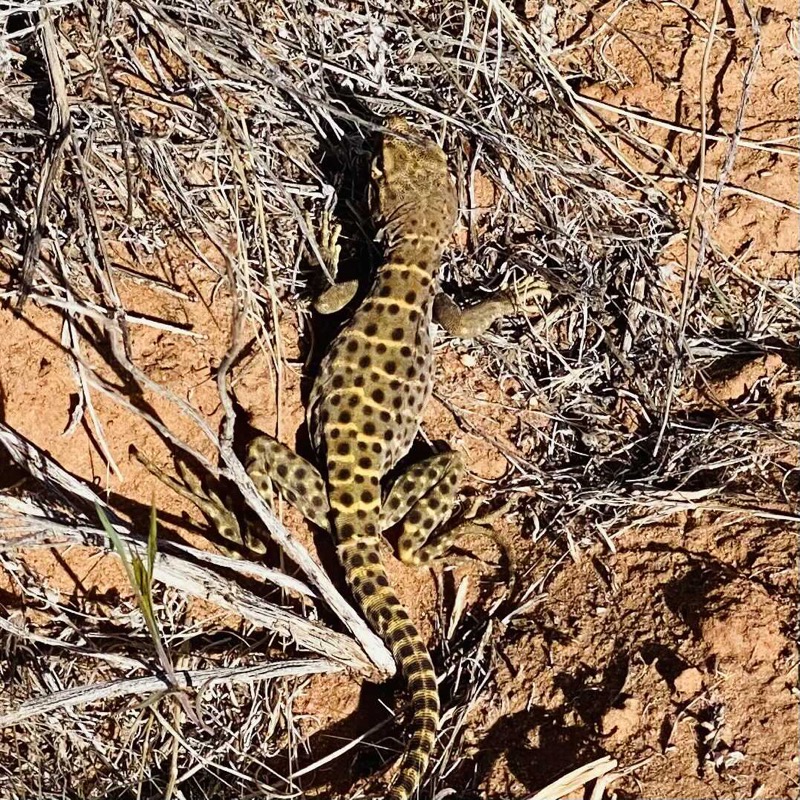 Lizards are everywhere in this part of the country, and as the day warms up you almost can’t take a step without one of these critters scurrying. Sometimes you find a bigger one, or one with very interesting markings. I believe this one is a leopard lizard. 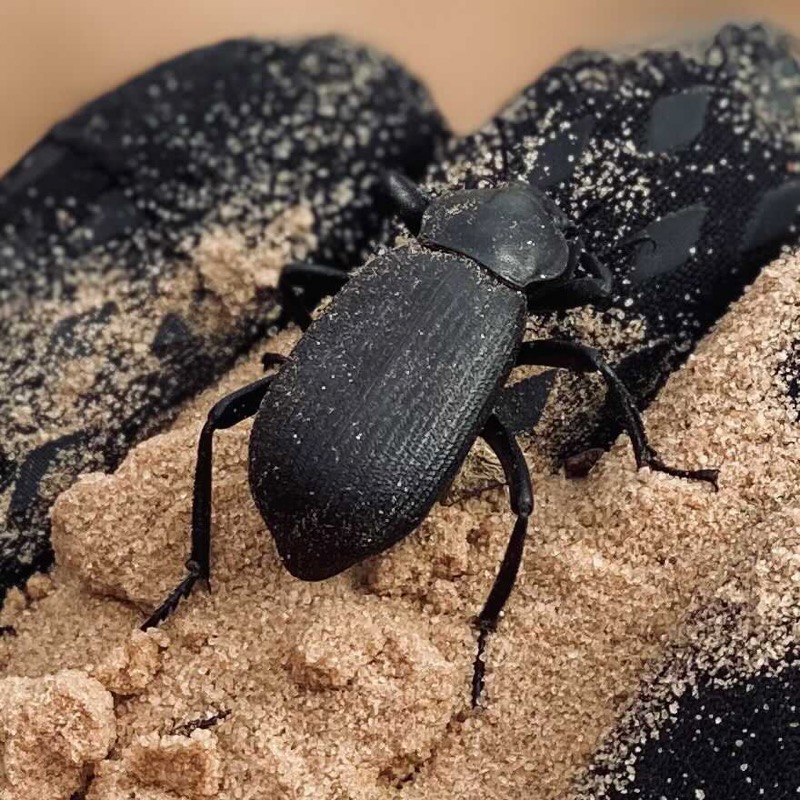 I’m including this black beetle photo because I like the texture on his back. Maybe this is a darkling beetle? 🤷‍♂️ 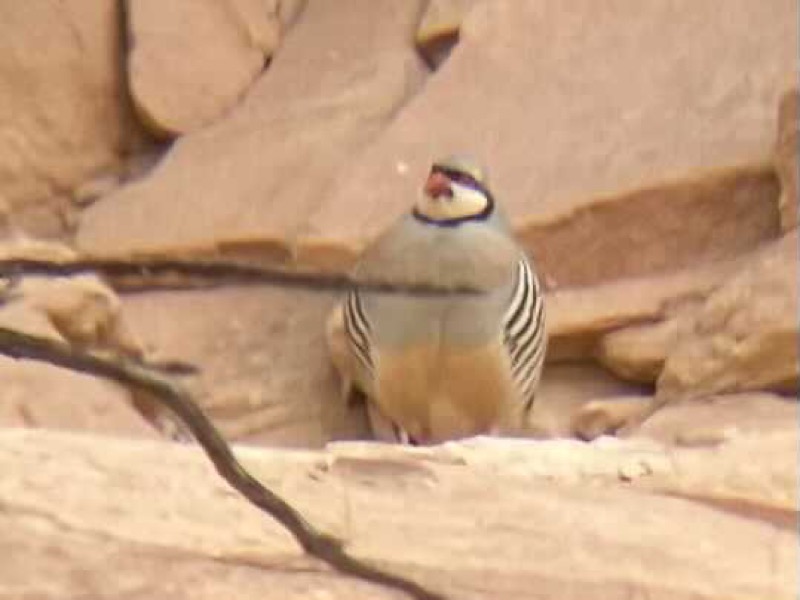 We saw some very cool critters in our exploration of Horseshoe Canyon in the western reaches of Canyonlands. While staring at our first rock art panel, I heard some soft cries that at first sounded a bit like a mourning dove. This was different though so I started scanning carefully for movement. At first I thought I’d found a Pokémon, but this poor photo is of the Chukar partridge, an introduced (to North America) game bird species. This bird was part of a couple lounging on rocks at the edge of the canyon wall. 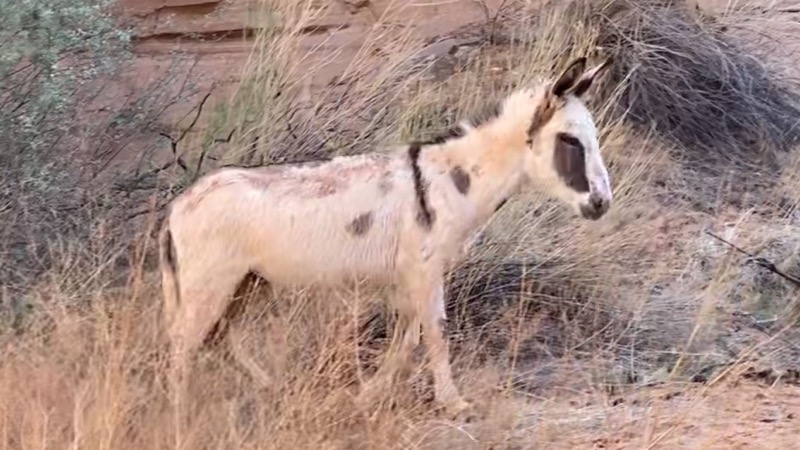 The western parts of Canyonlands apparently had an invasion of wild burros sometime in the past six years. I guess the park service isn’t thrilled about it, but we loved our multiple encounters with groups as we hiked through the canyon.

Up on the plains and mesas as we would wander around looking for rock art, if we paid attention while driving off-road we would often see prairie dogs scanning their surroundings. 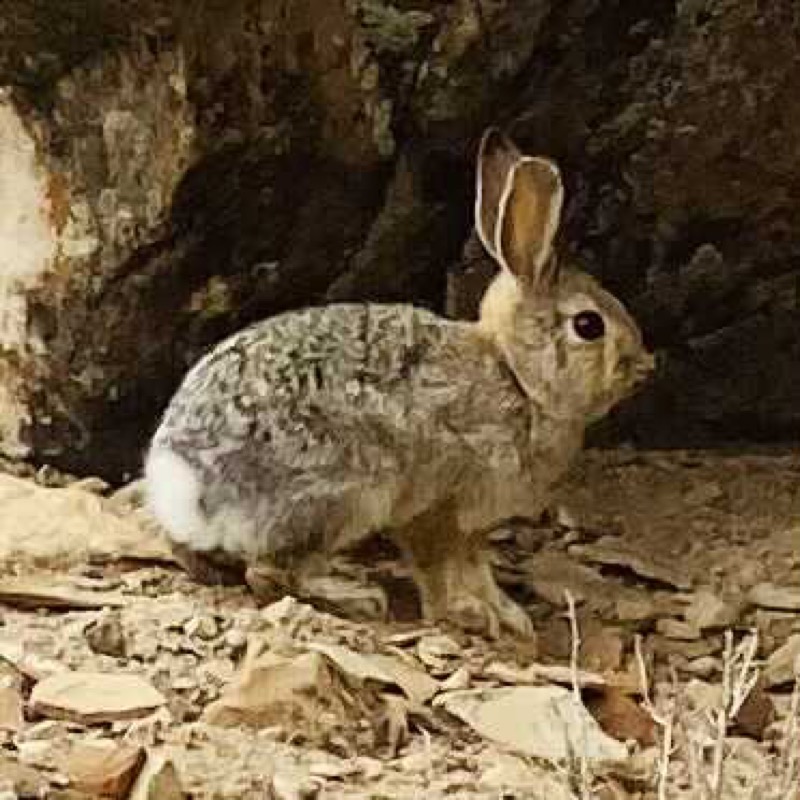 Rabbits were common too. 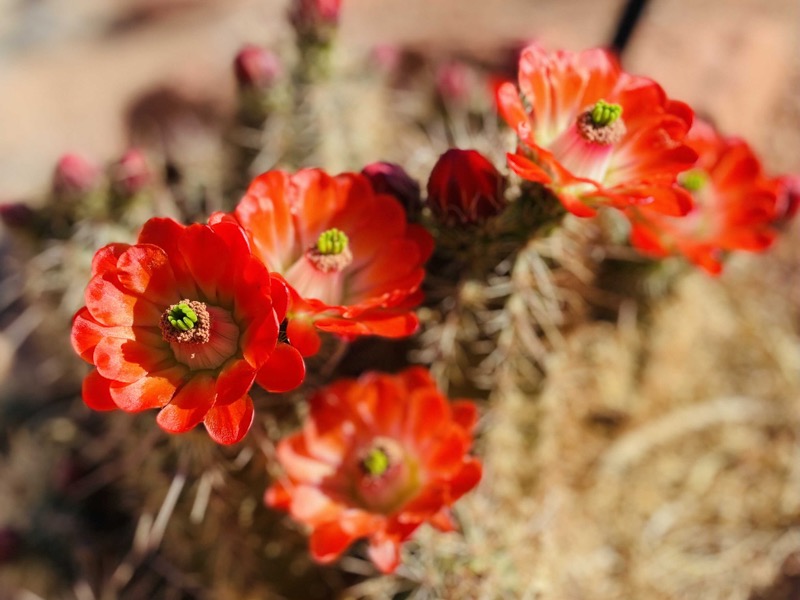 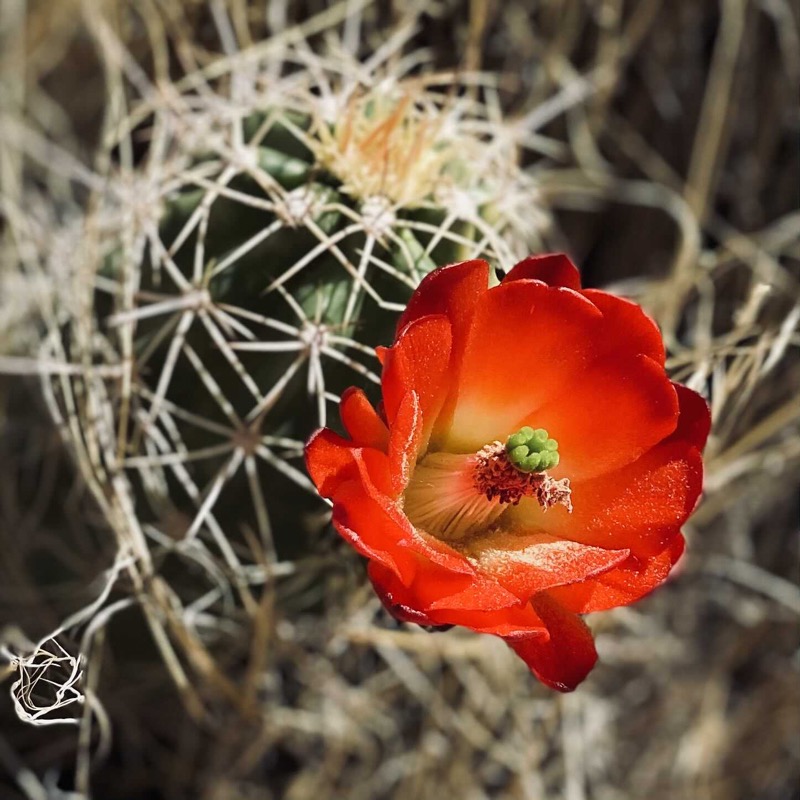 I’ll close with a non-critter: our favorite desert flower, the claretcup cactus flower. I wouldn’t say it was peak season yet, but when we found a hedgehog cactus cluster with plenty of sun exposure throughout the day, we would usually find these beautiful flowers.