Chuck and I planned to spend a holiday Monday playing some wargame, and knowing that I’d be playing the full Empire of the Sun at an upcoming game convention we agreed that the leaner meaner South Pacific would be a good choice. Chuck’s played the original but it had been a while. 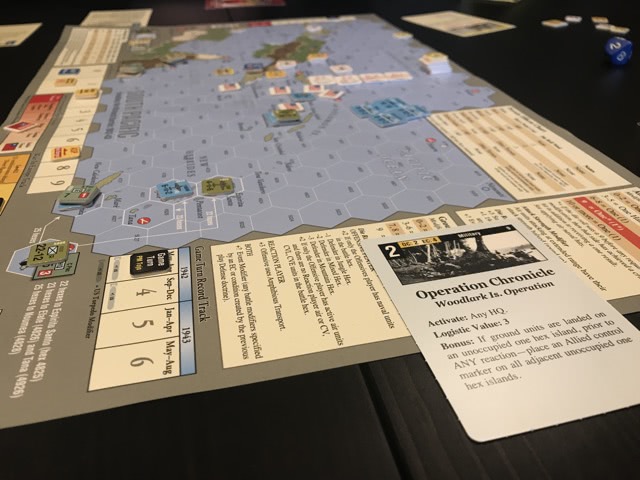 What a treat to have received this game in a C3i magazine. This is not your typical magazine wargame as it features what amount to the full rules of the parent but on a smaller map with a shorter playtime. Playtime is advertised at only 2 hours, but that’s with speedy play by experienced players. We took about 5–6 hours to play.

There were a few unfortunate omissions from the rules but those are easily discovered by downloading the parent game living rules. We mainly stumbled over two issues:

We also screwed up the victory conditions, but that was our fault and not a problem with rules. For some reason we were both thinking that one side needed to control more ports and resource spaces than the other to win, but in reality you need to control three more. Anything else is a draw. So, I thought I won but it was actually a draw. 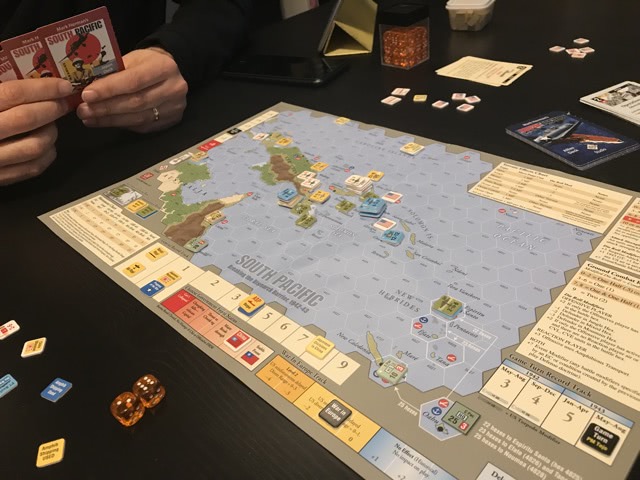 I’ll get to play a full scenario (1942 I think) of the full game at Game On! early next month and I think I’ll be with a very experienced player. This should help me get a better understanding of tactics and the value of standoff support with air forces; I have a feeling Chuck and I were going at that in the smartest fashion.