Julie and I are nearly 5 months into our next chapter and I'm going to share some updates on how things are going.

I mentioned then that I was starting a new site with two key objectives. I'll restate them here and give some detailed follow up on each.

Even with this successes, we have moments of doubt and frustration. It takes a long time to build an audience; it really is a grind. Let's look at some growth stats: 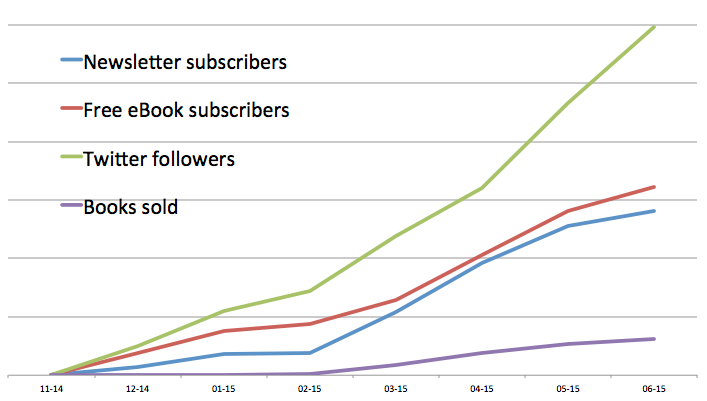 While the absolute value of the numbers isn't large, I love the growth that I'm seeing. Even after the engine got started in Jan/Feb we are seeing 50-75% growth each month in our key engagement metrics. Google page rank has gone up for the key words and phrases we care about (e.g., Google "wing-t youth football" and you should see my site in the top 5 rankings) and I feel like I've built some authority in this topic area. I get phone calls from coaches all over the country (and in Canada) asking for advice on Wing-T installation and play nuances. Even from high school coaches.

It helps when I reflect back to what Julie and I discussed back in the summer of 2014: I would leave the workforce and likely take at least a few years off completely, then we would re-assess and consider our next move. At the time we never even considered starting an online business. So even the meager success we are seeing is beyond what we had contemplated less than a year ago. And best of all, I'm really enjoying this work. Most of the time it doesn't feel like work. I love collaborating with Julie on these projects. Which is a good segue to...

We are hard at work on our next site and (potentially) next online business offering. This one will also be a grind - it might take 6 months or longer before we start to monetize any part of it. But like the football work I've been doing, this work promises to be fun and will align perfectly with our planned adventures over the next 5 months.

Lastly, I should give an update on our plans. Here's what's happening in the coming months:

All the while (even while in Ireland) we expect to be fully engaged in our online endeavors. Our hope is that the travel is mostly transparent to the business. That's sorta the whole point, after all.