Now that I've talked about what's coming up next, it's time to talk about how I'll manage to keep playing games while being away from my collection for nearly 5 months! At least I have the luxury of driving to New York, so I hopefully can afford to carry one of my plastic bins. This probably means I leave the golf clubs behind though.

So I have to plan for two different scenarios: having an adequately diverse set of options for the 2+ months I'll spend at Keuka Lake along with a compact gaming kit for our 7 weeks of backpacking in Ireland. I'm already mostly packed up so what I'm sharing will be just a peek but not a full display. Let's start with the small container. 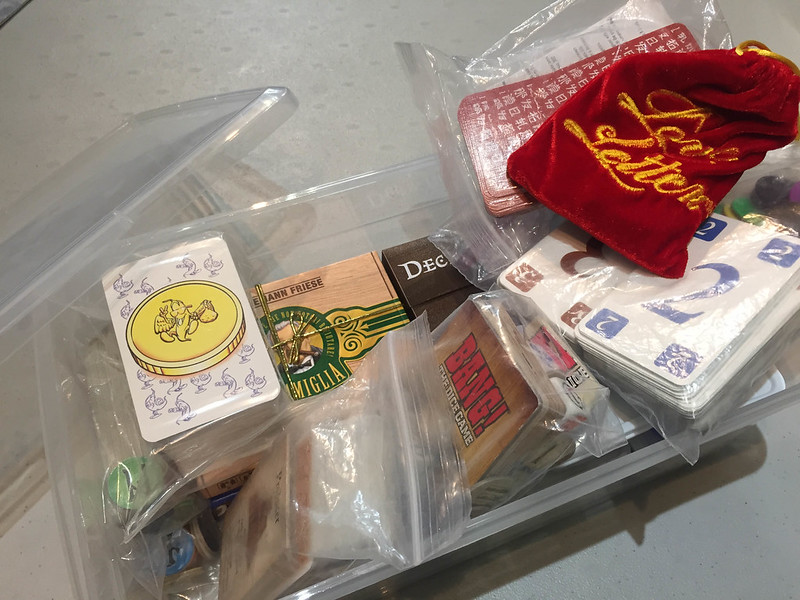 Here's what I've got:

Now let's take a look at the bigger box. Moving around we can see the first side. 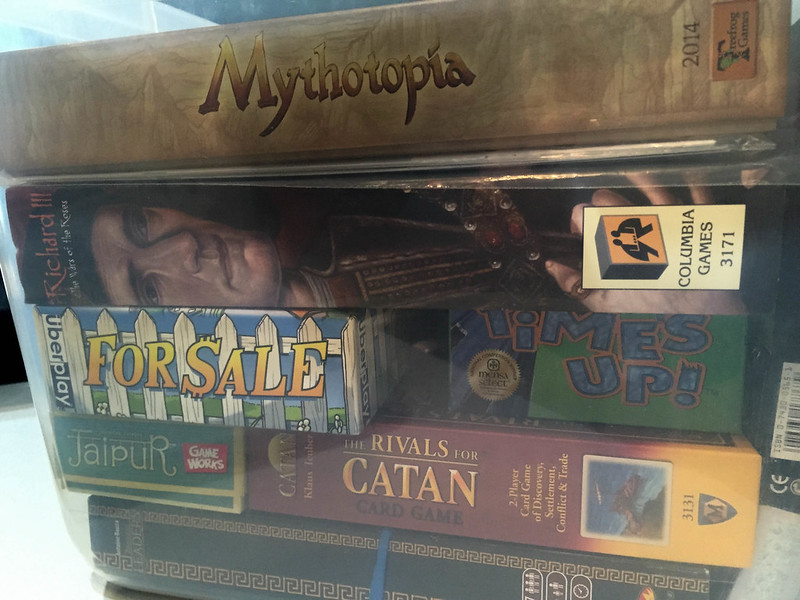 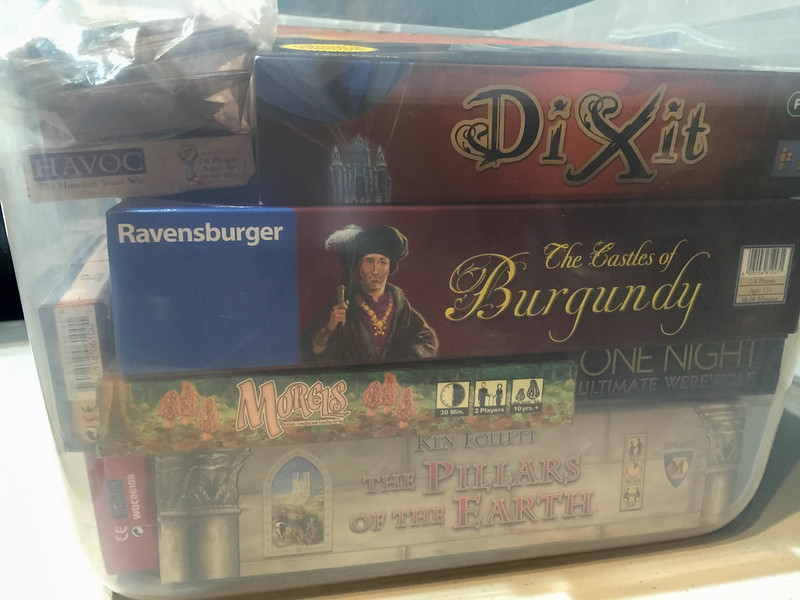 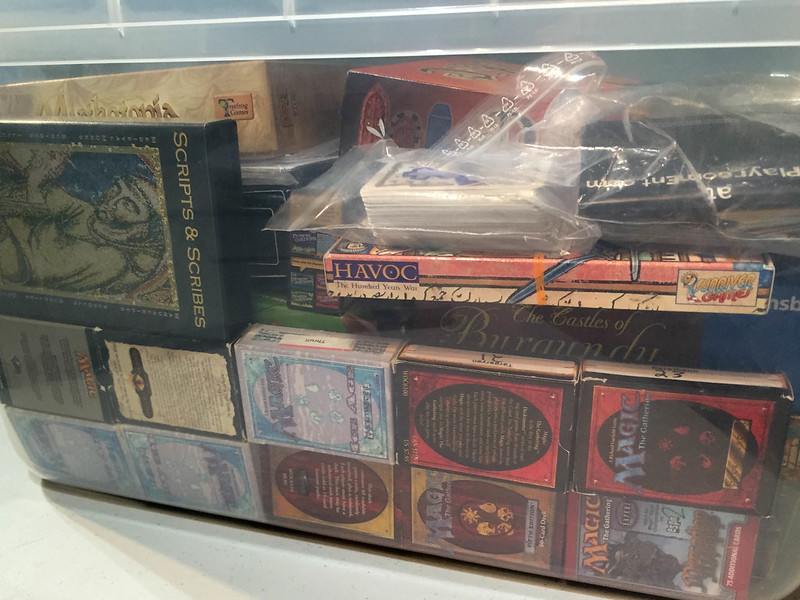 I think that's it. I've got party games, card games, war games, collectible card games, a decent range of Euros, and plenty of two player games. I'm not sure what I'll bring to Ireland, but for sure I'll bring the Sticheln kit.