I'm back at Salishan this weekend - three trips in less than a month after not visiting for over two months! We had a great Thanksgiving weekend here with the grandparents. Julie and I spent Tuesday night before Thanksgiving in Newport using a free hotel night that was soon to expire. We had a nice dinner, a great run in the morning around the bay, and a nice walk through old town. 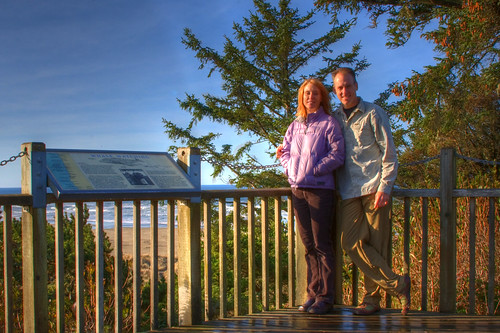 The weather was great on Wednesday so Jacob, Matthew, and David played 9 holes of golf in Agate Beach (Matthew won our game of Lone Wolf) and were treated to a beautiful sunset on the drive back to Salishan. 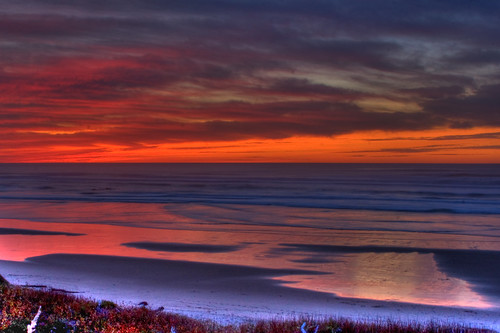 I also snapped a nice shot of the boys with grandpa. 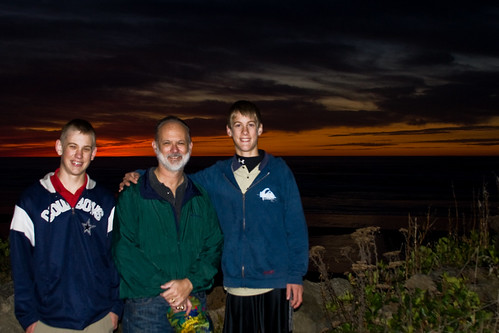 One of the highlights of the weekend for me was a burrowing owl sighting on the main road of Salishan spit. The owl was very welcoming to me, allowing me to get within about 10 feet as I GI-crawled towards it. 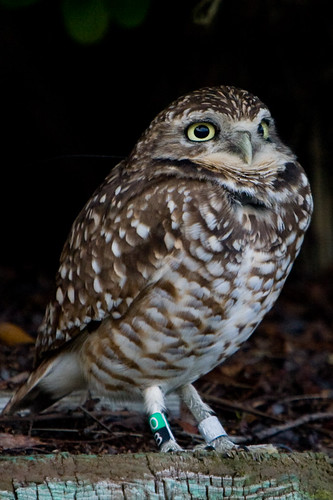 We had some great gaming as well, including a game of 18AL that was David's indoctrination to 18XX. He also managed to win by about $40. He wasn't so fond of Agricola, which we played on Saturday morning before driving back to Sherwood. David wasn't quite so fond of Agricola. It can be a brutal game for newcomers and he never quite got control of the engine. Maybe I'll talk him into another play some day... 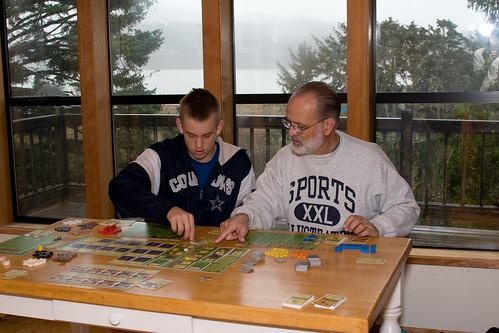