I hosted what has become an annual gaming event at our Salishan home earlier this month (read about 2005, early 2007, and late 2007) earlier this month. Doug (part 1, part 2, part 3, and part 4) and Mike (report 1, report 2, wrap-up) already did excellent writeups on the details - read below for photos and some color commentary.

The weather was spectacular with the usual variety of quiet sunny day to raging rainstorms. Doug, JD, and I took some time out to walk on the beach and get some nice sunset photos. 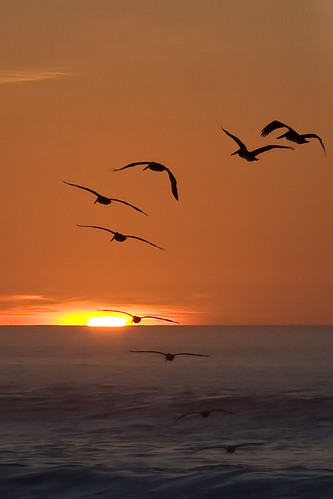 The weekend kicked off with a game of After the Flood where I taught and schooled Doug and Mike. One of my favorites from 2008 but I suspect it will be difficult to get this out more than 1-2 times per year given the nature of the game. 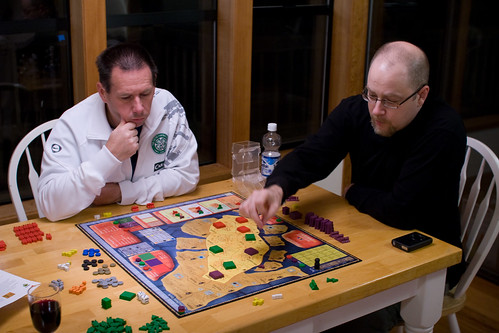 Ironically enough (you know why I say ironically if you know the story behind Martin Wallace and John Bohrer's falling out) we played Age of Scheme (read Lorna's commentary about our play). Decent game that feels a bit like Wabash Cannonball but has enough distinct about it to make it interesting. Don't think I need to add it to my collection though, especially if I get my hands on a copy of Chicago Express. 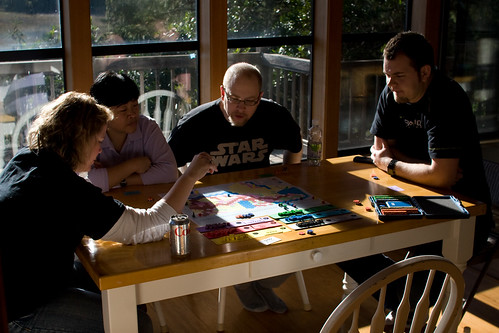 Ken, Ben, and Doug played a very long game of Starcraft: the Boardgame. I need to get this on the table again - Jacob even asked for this last night. 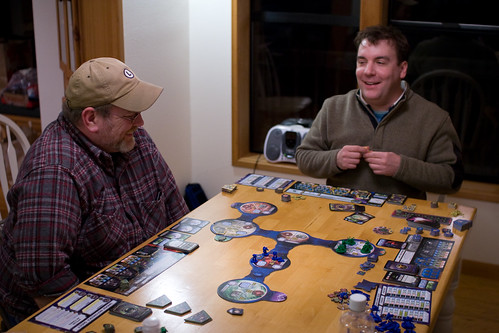 One of the longer games scheduled for the weekend was FAB:Bulge with Mike and Eric. Turned out to not take as long as expected - I think this gave them time to play Le Havre (pictured below). 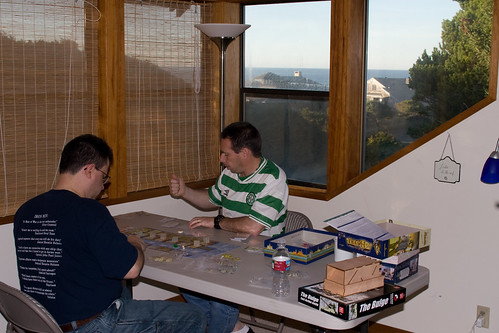 I taught Lorna, Ben, and Matt how to play After the Flood on Friday (the report on Age of Scheme above by Lorna also includes comments on this game). 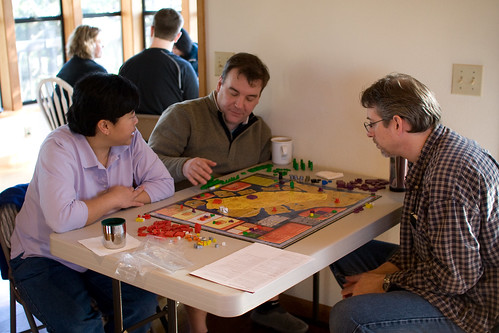 While After the Flood happened, I played Le Havre with Ken and KC. We played the short game but messed up the start, not giving us any of the required starting materials. Talk about a slow, incredibly constrained game! We were barely able to keep up with food production, let along build out our cities. 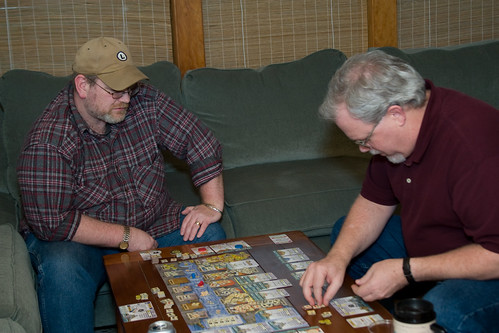 One of the highlights for everyone was playing Battlestar Galactica. This is a game I can't wait to introduce to my family (Julie is a big BSG fan) - tense cooperative gameplay at its best. Could this surpass Lord of the Rings as our favorite co-op game? We'll see... 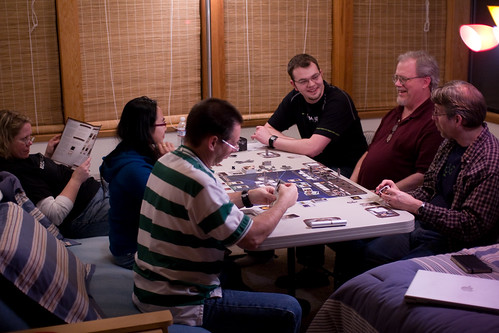 Ken Crangle made it for Saturday only but maximized his gaming experience, walking through several of the Conflict of Heroes scenarios with Doug and joining me for a great game of Battlestar Galactica on Saturday evening. 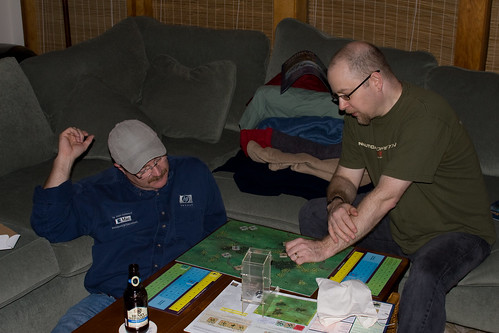 Things wound down on Sunday and Ben took the opportunity to teach his new prototype to KC and Rita. Looked big and fun - wish I knew more about it. 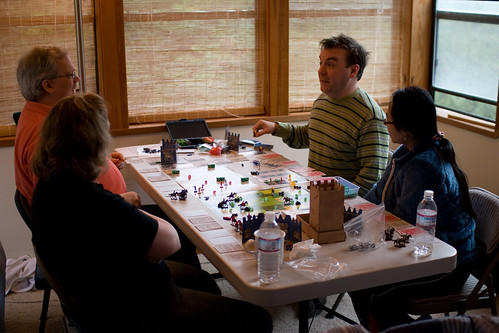 I spent the morning doing laundry, cleaning, and playing Indonesia! Despite messing up a critical rule (we somehow forgot that adjacent crops to cities still need to be transported via ship) we had a blast. I'm convinced this is a game that can and should be played on standard Tuesday night gaming session. 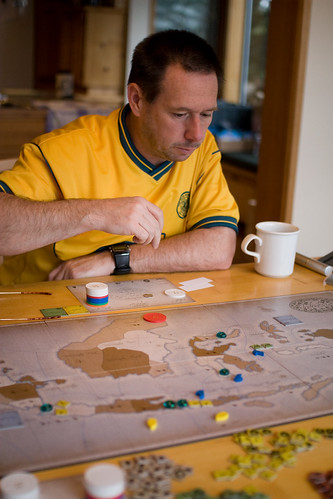 That's it - heavy on photos, light on the writing but Doug and Mike covered the details better than I could have. Thanks to all of my wonderful guests and I look forward to a repeat in 2009.