This is my final post on our tour of Battle of the Bulge sites. “About time!” I’m sure some of you are saying.

Our last day of sightseeing was in the Malmedy / Stavelot area. We generally followed Kampfgruppe Peiper’s advance into Stavelot (check out this discussion on Peiper’s disputed past), with a focus on a few locations known for their tragic endings.

We started in Malmedy, famous for the Malmedy Massacre which, surprisingly, did not occur in Malmedy. Peiper’s armored column progressed from Baugnez to Ligneuville, bypassing Malmedy in favor of a southern route into Stavelot.

While the German column led by Peiper continued on the road towards Ligneuville, the American prisoners were taken to a field, where they were joined by others captured by the SS earlier in the day. The majority of the testimonies later collected from the survivors state that approximately 120 men were gathered in the field. For reasons which still remain unclear today, the Germans suddenly opened fire on their prisoners with machine-guns. A number of Germans later claimed that some prisoners had tried to escape, others alleged that while left alone in the meadow they had somehow recovered their previously discarded weapons and fired on the German troops who continued their progress in the direction of Ligneuville. Of the 88 bodies recovered a month later, the majority showed wounds to the head, evidence more consistent with mass execution than with an act of self-defense or an attempt to prevent escape.
_
Source: Wikipedia, http://en.wikipedia.org/wiki/Malmedymassacre

We did find a nice memorial in Malmedy but quickly proceeded on to Baugnez. 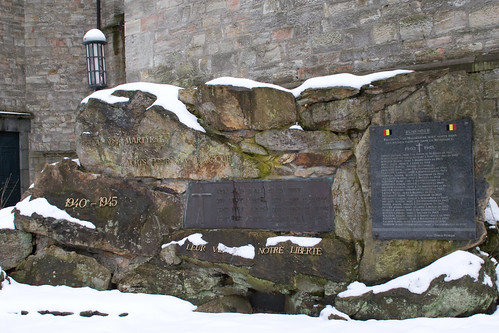 The terrain in this area is rolling hills without dense forest like our first day in the Schnee Eifel. We could have been in New England or even the Willamette Valley in Oregon. There isn't much to see in Baugnez - it is more a place for reflection. You can see some photos of the killing field then and now at the sites mentioned above. 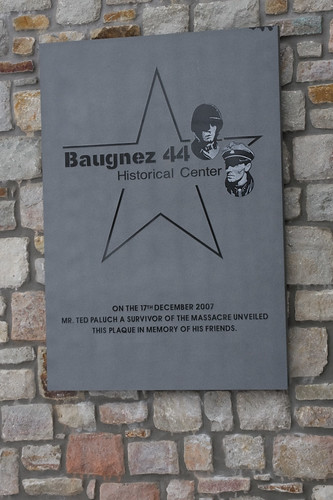 Ligneuville was our next stop and was also the next stop of the take-no-prisoners SS - yet another massacre occurred in this quaint town. This is the memorial. 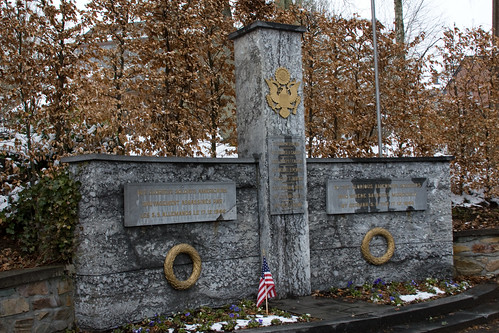 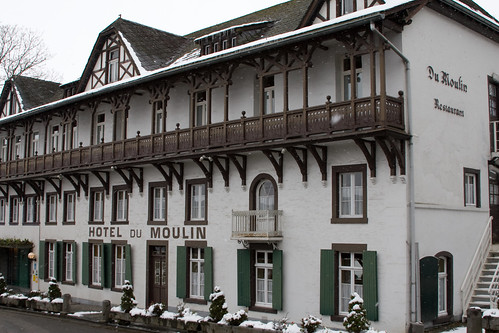 Next we parked the car along a private dirt road for a short hike to yet another memorial where SS troops murdered American soldiers. 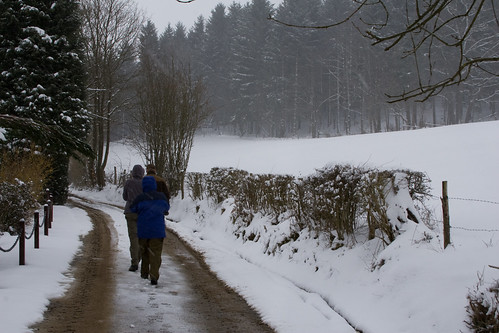 On December 17, 12 American soldiers and 3 local residents were killed by SS troops at this location. 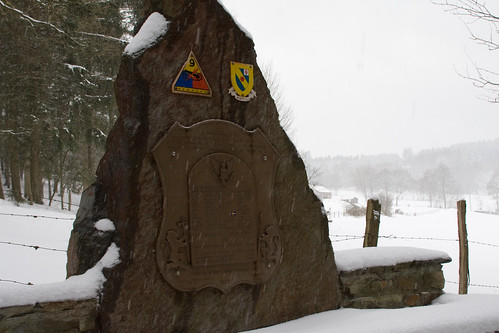 Our final stop of the day was in Stavelot. There were some interesting spots to check out, including a building still riddled by automatic weapon bullet holes and the typical static displays of American armor. You can read about some interesting Ghost Stories of Stavelot if you are into that sort of thing.

This spot below where Jacob is posing near a bridge over the Ambleve marks just about the end of Peiper's advance just west of Stavelot - the river was high and swift and one can certainly understand the importance of bridges in this area even though the rivers are often not very wide. 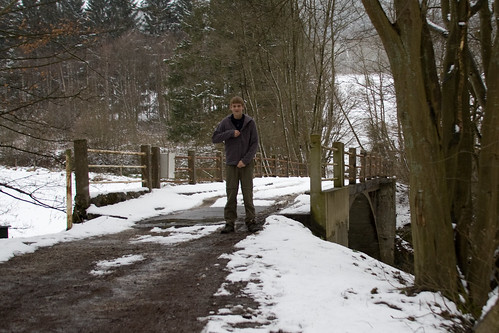 That does it - hope you enjoyed the tour and do not hesitate to contact me if you are looking for tips on your own visit to the area.